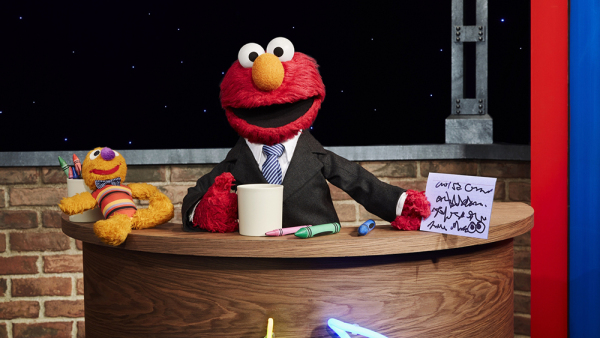 ‘The Not-Too-Late Show with Elmo’, created as a spin-off to ‘Sesame Street’, airs exclusively on HBO’s streaming service, HBO Max. The talk show revolves around bedtime routines, with each episode exploring a different aspect of it. Conceptualized as a series that brings families together, its first season opened to warm reviews. Here is all you need to know about its potential second outing.

‘The Not-Too-Late Show with Elmo’ season 1 premiered on May 27, 2020, on HBO Max, with three back-to-back episodes. New episodes dropped weekly afterward, starting Thursday, June 4, 2020. The total run for the first season consisted of 13 episodes, with each episode spanning a runtime of 15 minutes. It concluded its run on August 6, 2020.

Season 1 was appreciated by fans, especially parents (struggling with kids), who were relieved with Elmo taking over the reins — even if it was a for a few minutes each week. And hence, they are already demanding a second edition from the goofy talk show. Moreover, riding high on the success of its predecessor ‘Sesame Street’, season 2 is definitely a possibility. Once HBO gives it a go-ahead, we can expect ‘The Not-Too-Late Show With Elmo’ season 2 to premiere sometime in May 2021.

‘The Not-Too-Late Show’ is hosted by none other than Elmo himself, who appears in every episode from his bedroom just before his bedtime. He has Cookie Monster as his sidekick. We also see other fan-favorite characters from ‘Sesame Street’ as parts of the backstage crew. There is even a House Band and Elmo invites real-life performers to his couch to deliver entertaining performances before kids and families, accompanied by music, games, and fun. In one episode Jimmy Fallon gives Elmo some hosting tips, Lil Nas X sings a catchy number, and John Mulaney partakes in a tricycle race.

What Can The Not-Too-Late Show With Elmo Season 2 be About?

‘The Not-Too-Late Show with Elmo’ is a family-oriented talk show that enables families to come together and share a common, uplifting viewing experience. Kids love their favorite characters from ‘Sesame Street’ while older children can enjoy the humorous gags in the episodes. On the other hand, grown-ups also have a good experience in seeing celebrity guests having silly fun with Elmo.

In short, ‘The Not-Too-Late-Show’ has something for everyone. It brings different age groups together and helps children learn with their parents. The plethora of games and guest challenges, coupled with conventional teaching moments deliver a comprehensive academic experience, sprinkled with lessons about social and emotional development. Each episode explores a different part of Elmo’s bedtime routine, which includes brushing teeth, putting on pajamas, and reading a story. Hopefully, season 2 will embrace the same format, which serves as the perfect nighttime watch — reinforcing regular habits in kids in an enjoyable, lively fashion.