Netflix’s ‘The Old Guard’ is an action-packed ride that follows the story of a group of people who have the gift of cheating death. The film creates a mythology around its characters while taking us through some exhilarating action sequences. By the end, the story takes shape with several secrets and revelations thrown at the audience. While wrapping the story of the immortals with a safe resolution, it also opens the door for more dangers in the future. Here’s what the ending means for them. If you haven’t seen the film yet, head over to Netflix. SPOILERS AHEAD

Andy is an immortal. She is so old that she doesn’t even remember how old she is, or so she says, at least. She is also not alone. There are three others like her- Booker, Joe, and Nicky- younger, but unkillable. The four of them make a team of elite mercenaries who take the most difficult and obscure jobs and get paid in kind. However, Andy is now trying to keep a distance from work, fearing that their secret will come out sooner or later.

She has to change her mind when a job in South Sudan pops up. They are needed to save a group of children who are captured by the terrorists who have killed children before. Despite her inhibitions, she decides to lead the team. However, it turns out to be an ambush, and Andy’s worst fears come true. Someone knows about their secret and now, they are being hunted. 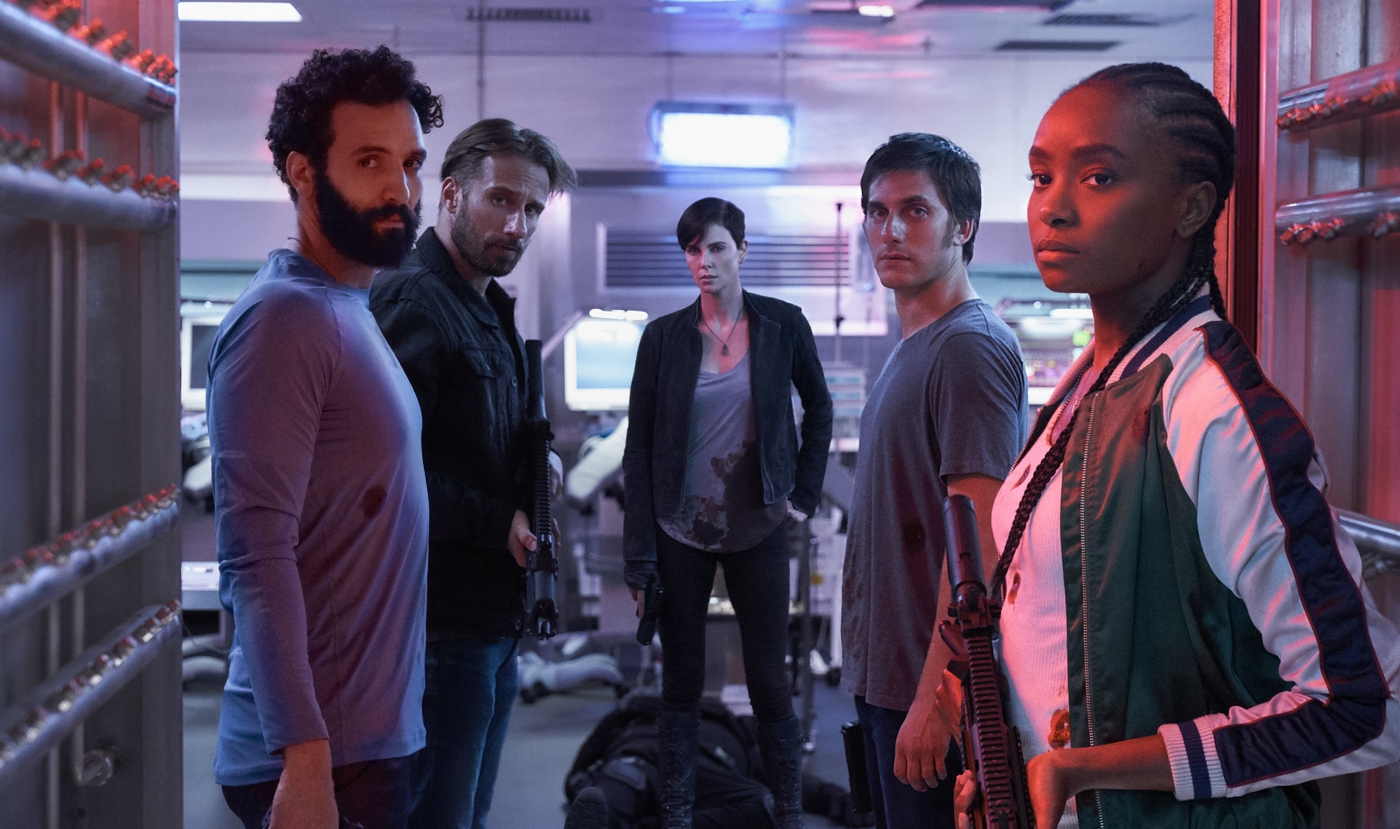 After Joe and Nicky are caught by Copley and served on a silver platter to Merrick, it falls on Andy, Booker, and Nile to pick up the slack and save them. Booker finally tracks down Copley and just before they are about to enter the premises, Nile gets cold feet. She tells Andy that she still has some time with her family and she doesn’t want to waste it away from them. Andy allows her to leave while she and Booker prepare to attack.

On her way back, Nile discovers that Andy has given her an unloaded gun and realizes that she is going to walk into the enemy territory without ammunition. The danger turns out to be real and closer to home when it is revealed that it was Booker who gave up all of his friends. He tells Andy that he did it so Merrick could find a way to end their immortality, but then, he discovers that Andy has lost hers. Both of them are held captive and Merrick prepares to experiment on them.

Nile comes back to save the day and is helped by Copley, who, by now, has figured out that Merrick’s motives are financially driven rather than for saving the world, to find the others. A gunfight ensues where Andy seems to get weak with each attack. Eventually, the immortals succeed in killing all of Merrick’s men. Joe, Nicky, and Booker chase after him when they think that he is fleeing the building. But he turns out to be hiding inside and confronts Andy and Nile. He threatens to kill Andy, but she uses the trick of playing dead, the one she had used with Nile on the plane with the Russian, and Merrick is killed. The five flee the scene as the public and the cops start to crowd around the building.

Nile decides to stay with the team and Copley gives her the cover of KIA in Afghanistan. As a punishment for his betrayal, Booker is banished by the team for a hundred years, a time that he would have to spend alone. The rest of the team goes back to Copley and employs him to erase their footprints while also providing them with the right jobs suited for their purpose of saving the world. Six months later, we find Booker alone in France. His apartment is broken into and the intruder turns out to be Quynh, the fifth immortal who had been put inside a box and thrown into the sea during the witch trials.

What does it mean for The Old Guard?

By its end, ‘The Old Guard’ sets down a lot of ground rules for its story while also leaving enough mystery for its sequels. We discover that when one immortal loses their powers, the other takes their place. The triggering of Nile’s immortality coincides with the fading powers of Andy. By the end, Andy has completely lost the one thing that she had wanted to get rid of all along, but now, she has a purpose and immortal or not, she is going to fight for it.

The hitch in her plan comes with the entry of Quynh. When she was being thrown into the sea, Andy had promised to find her one day. However, after spending a long time looking for her, she was forced to move on. She never checked back on what happened to her. The breaking of this promise would have surely angered Quynh, who would now want her revenge on Andy. With her seeking out Booker, the ending shows us that dark days are ahead for the Old Guard.