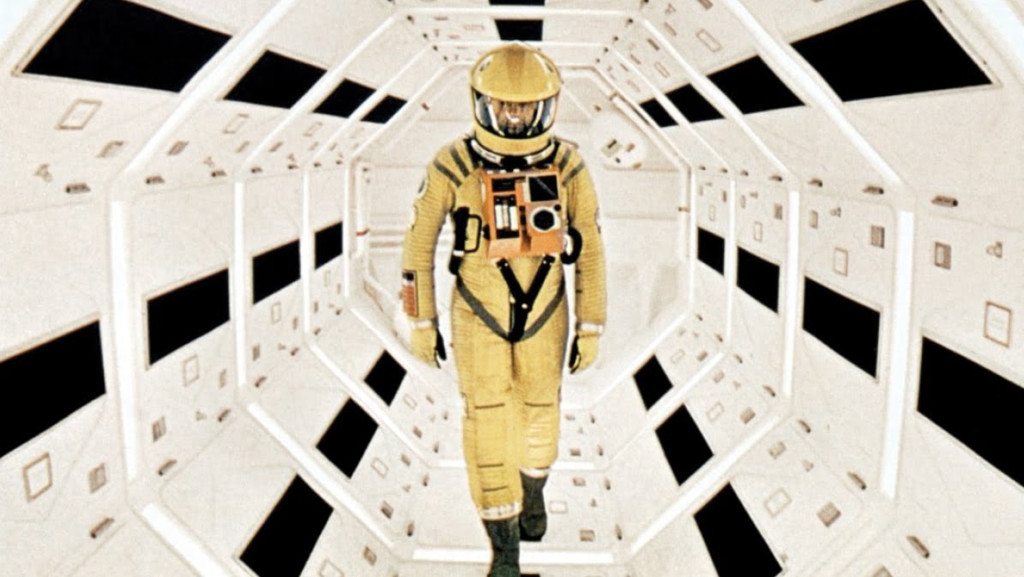 It is widely considered that Stanley Kubrick destroyed the science fiction genre once, and for all. With ‘2001: A Space Odyssey’ he expressed what Science Fiction had never tried to express before, and set a benchmark for Science Fiction genre overall. No movie has equaled its ambition, and its overarching themes about our position in the stars, and the universe. I’d say three movies in the past 50 years have come close in ambition – ‘Blade Runner’, ‘Solaris’, and ‘Gravity’, but that’s about it. 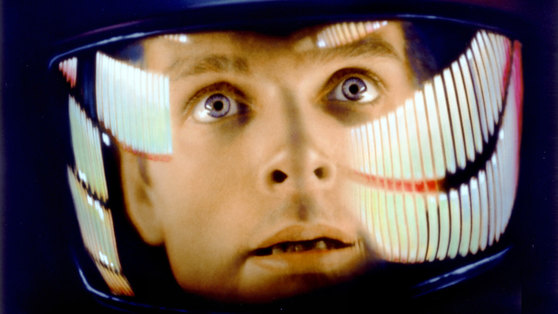 Its origin is as fascinating as the movie itself. In the early 60s, Stanley Kubrick was basking in the success of his war-satire “Dr. Strangelove”. He wanted to do something even more ambitious and was on his quest for what he considered “a good science fiction movie.” In 1964, the lunar landing was still a distant dream, and USSR was leading the space race; In this heavy political atmosphere, Stanley met with the legendary author Sir Arthur C. Clarke, who had arrived in New York after living in Sri Lanka (then, Ceylon) for quite a while. Their challenge was making something which would not be rendered obsolete in a few years’ time, the race to the stars being stronger than ever.

Now, Clarke was not interested in developing/working on other people’s ideas, which was another big challenge. Before the movie, you need a script, and a script needs a story. Clarke had provided Kubrick with a list of his short stories, and together they decided on “The Sentinel”. It contained a basic idea about what they were about to build. 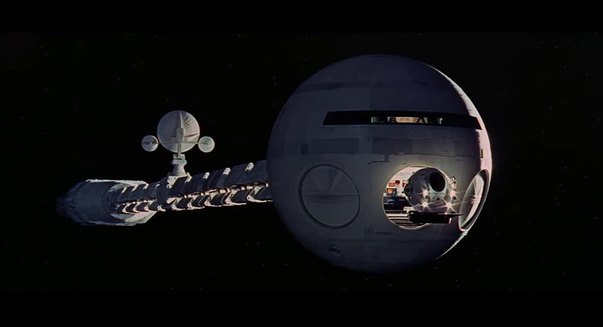 Kubrick, being an utter perfectionist, wanted everything in complete detail. Hence it was obvious that a ‘script’ wouldn’t be up to the task. Thus, he gave Clarke complete freedom to expand ‘The Sentinel’ into a full-fledged novel. It was a brilliant idea; it allowed Clarke to flex his writing muscles and explore his creativity and it gave Kubrick enough time to prepare. The novel and the screenplay completed at almost the same time, being written simultaneously. In the end, they had enough so that Kubrick could strike a deal with MGM and Cinerama. While Clarke was still putting finishing touches to his novel, Kubrick was utterly engrossed in production and post-production activities of the film, since he wanted the film to release before the novel came out.

There’s an interesting bit of trivia: In the book, the spaceship Discovery is set for a rendezvous with Saturn. It was a well established fact that Kubrick demanded perfection from everyone. The visual effects team couldn’t do a convincing representation of Saturn’s rings (or as Kubrick wanted them to look on-screen.) It was decided that in the movie, the Discovery would rendezvous with Jupiter. It worked out perfectly.

The innovative techniques employed in the movie were far ahead of their time. Some were technically sound, while some were achieved by brilliant use of the mind. For eg: remember that floating pen in Zero-g? That was achieved by sticking the pen on a sheet of glass and then rotating the glass. Efficient, simple, and no one was any the wiser while watching the film.

Coming to the sound and the music. Originally, the band Pink Floyd was approached to make music for the film, but they couldn’t do that because of other commitments. Interestingly, Kubrick wanted to portray space as it was, unforgiving, never-ending. So, the music had to complement that. Hence he went ahead with the choice of classical symphonies. The choice to keep the film with minimum dialogues also stemmed from this fact.

Even now, after almost 50 years of its release, 2001: A Space Odyssey remains a marvel of film-making. A film for everyone, to be revisited again and again.