What to Expect From The Outlander S05 E04? 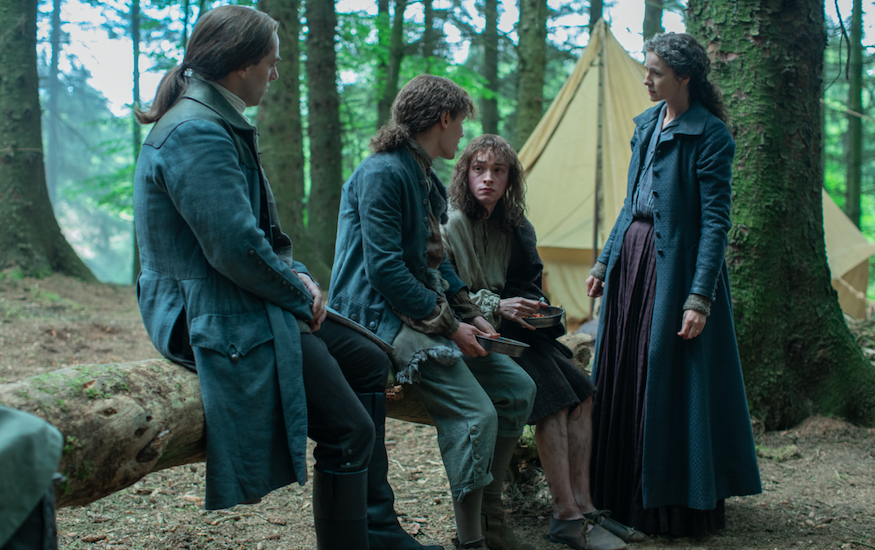 Yet another episode of The Outlander dropped this week and we were definitely horrified by all the gore and creepiness that ensued in this segment of the period drama’s fifth season. So, are you all set for the next week? Are you wondering where Jamie and Claire find themselves in during the subsequent episode?

Well, then read on to know when and where to watch the upcoming episode, i.e The Outlander season 5 episode 4. After that, you can also get a glimpse of whatever happened in episode 3 in our recap section. A warning though. Tread with caution from here on. SPOILERS ALERT!

The Outlander Season 5 Episode 4 Release Date: When Will It Premiere?

The official synopsis for episode 4 goes as follows: “Claire and Jamie must protect their colonial way of life in America as their connections to the Crown clash with mounting sentiments of unrest; Brianna and Roger try to adjust to how Stephen has negatively affected their lives.”

Where to Watch The Outlander Season 5 Episode 4 Online?

Do you remember that in the debut episode of season 5, Jamie had decided to keep a young boy named Josiah Beardsley? Well, Josiah also has a twin and both the brothers are bonded to servitude with their master, Aaron Beardsley. Currently, the duo is on the run. So, Claire and Jamie decide to buy the rest of the slavery tenure for themselves. And they find themselves in Beardsley’s house.

When Claire and Jamie enter this particular house, they meet Beardsley’s skeptical wife, Fanny. The interiors are awfully grim and filled with all kinds of horrible stench. A curious Claire heads upstairs without Fanny’s permission and happens to stumble across Beardsley’s near-dead body. He recently suffered a heart attack and Fanny has been torturing him while allowing him to rot in his own dirt. Claire cannot ignore the situation and tries her best to tend to Beardsley’s maggot-infested wounds.

But the situation becomes complicated when Fanny attempts to strangle her immobile husband. Apparently, he was abusing her and she is pregnant. In the commotion, her water breaks and Claire ends up delivering her baby. But Fanny absconds in the middle of the night and Claire and Jamie are left with her newborn child. Toward the end, Jamie kills Mr. Beardsley to put him out of his misery. On the other hand, Claire starts taking care of the baby.