What to Expect From The Outlander S05 E07? 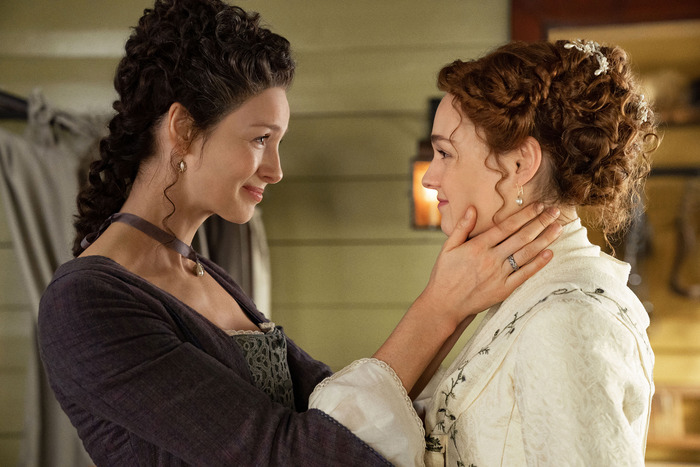 If you have read The Fiery Cross, you will know that one of the chapters in the book focuses solely on Roger. Well, next week’s episode 7 is going to tell that story and SPOILERS ALERT! It is going to be highly emotional. We don’t mean that it will be the end of one of your favorite characters but the episode will bring a major twist and huge changes for the future plot arcs. So be prepared and do not forget to keep your tissues beside you.

We will not reveal anything beyond that. But you can get ready for the upcoming episode by reading our preview, which details the airing time and streaming details of The Outlander Season 5 Episode 7. Alongside that, in order to help you in connecting the dots, we have also given a brief recap of whatever ensued this week in the sixth episode. Read on!

The Outlander Season 5 Episode 7 Release Date: When Will It Premiere?

The official synopsis for episode 7 goes as follows: “The Regulator Rebellion reaches a boiling point, forcing Jamie to face his fear and confront the consequence of his divided loyalties.”

Where to Watch The Outlander Season 5 Episode 7 Online?

Episode 6 begins with Claire and Jamie heading to River Run to attend Jocasta’s wedding to Duncan Innes while Brianna and Roger stay back at Fraser’s Ridge. Meanwhile, swarms of locusts begin to descend in the Ridge and threatens to destroy all the crops. Roger then remembers an idea taught by his father and uses smoke to drive out the pests. In River Run, Claire and Jamie enter the venue and reach the dance floor where Claire catches the attention of the handsome Phillip Wylie. But when he mentions Stephen Bonnet, Claire starts pretending to be interested to gather more information.

A little while later, Wylie takes Claire to the stable and attempts to force himself on her. Luckily, Jamie arrives at the exact time and saves her. Meanwhile, Jocasta receives a surprise visit from Murtagh in her chambers on the night before her wedding. They share a few words and then kiss passionately, but the scene ends on a tragic note. Murtagh says before leaving, “I love you, Jocasta MacKenzie. This world may change, but that will never change. I only wish I’d been brave enough to say it sooner.” A devastated Jocasta breaks down into tears after she realizes and finally accepts the fact that in this lifetime, they can never be together.