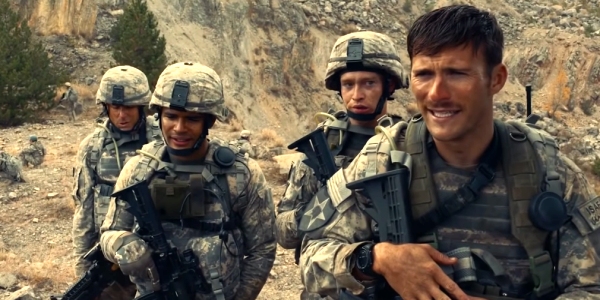 In fighting any battle, one’s location is the most important thing. Where you choose to set a camp can become a matter of life or death. The same thing is explored in ‘The Outpost’. Based on a true story, it follows the story of the soldiers serving in a place where they are at an acute disadvantage. If they get stuck, there is no way out. If they need help, it might not arrive on time. And their limited resources also threaten to work against them.

While the film makes us wonder why someone would approve an outpost in such a place without proper fortifications, it also shows us that it is the challenges like these where we meet the acts of unbelievable valor and solidarity. If you haven’t seen the film yet, bookmark this article for later. You can find all the places where to watch the film here. SPOILERS AHEAD

The film begins with a group of soldiers arriving at an outpost in Kamdesh. They find themselves in the middle of a valley, surrounded by mountains on all sides. Their location puts them in a disadvantageous situation with their enemies getting the high ground, and hence, a vantage point. They soon come face to face with the trickiness of their location when bullets start firing from the mountains.

Captain Benjamin Keating finds it best to keep their peace with the locals. Having some friends will keep them informed about the movement of the Taliban, and hopefully, even keep the attacks at bay. His friendly demeanor gets him in good graces with the elders of the village. However, soon after, he dies in an accident when his vehicle falls down the mountain. Another officer arrives to take over the command, but doesn’t get to stay there for too long.

Amidst the frequent change of command at the outpost, we also meet the soldiers who keep themselves occupied with silly banters and other distractions, never knowing when the enemy will start firing on them. A final showdown becomes imminent when Staff Sergeant Clint Romesha observes that with each attack, the enemy is testing them, and with every attack, they have a better knowledge of how to attack them. A reprieve comes when it is revealed that the outpost would be soon closing down, but the day can’t come fast enough. Moreover, the enemies seem to know about it too. 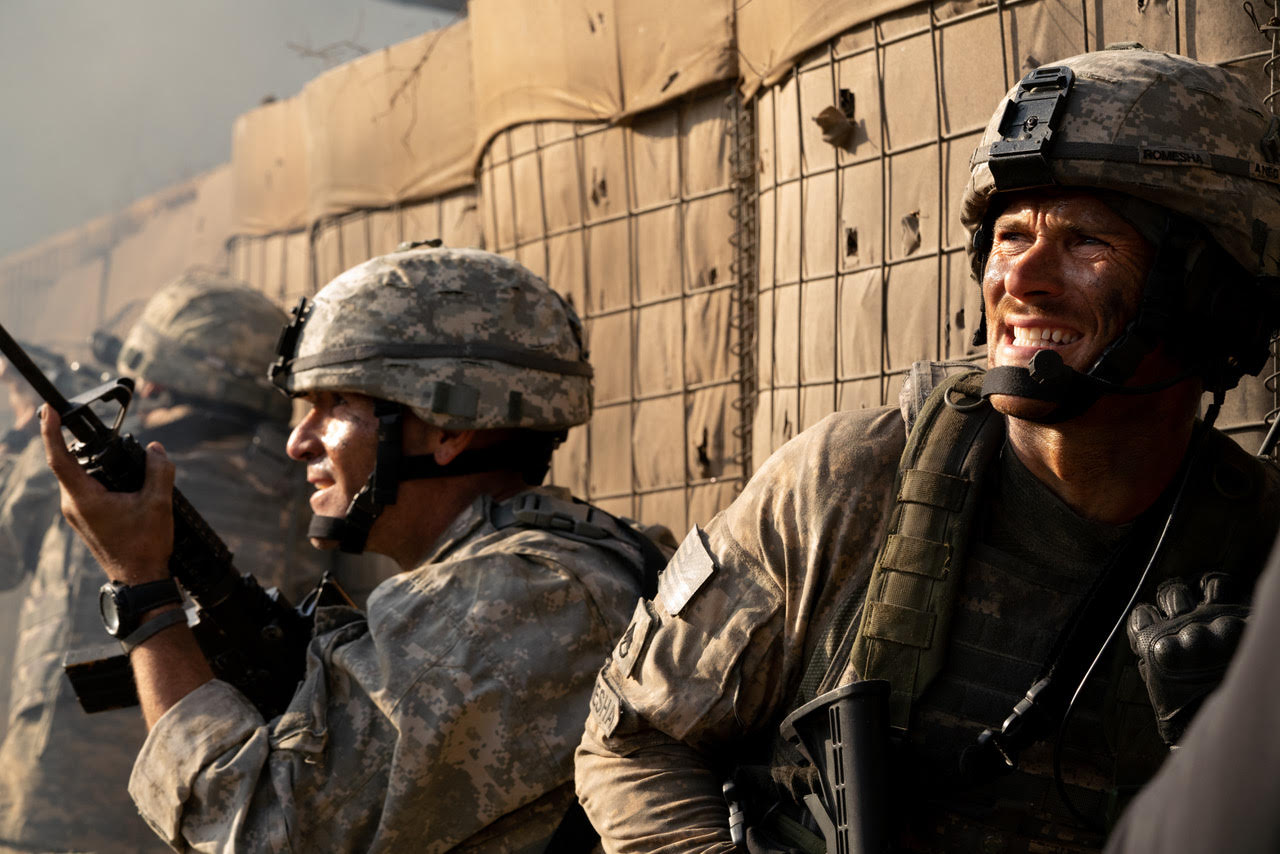 The day of the closing of the outpost inches nearer, but with that, the danger increases too. The soldiers have to be extra vigilant about their safety, and their defenses are tested when another attack comes from the Taliban. Mohamed, their informer, comes running to them about the arrival of the terrorists and tells them that all the villagers have gone. Because he had been crying wolf about the same thing for a long time, he is not instantly believed. However, the advancing Talibanis in hundreds of numbers become visible soon enough, and the attack ensues.

For hours, the soldiers fight against the enemy, standing their ground with everything they have. The casualties also increase with the passing time and with the quickly diminishing ammunition and no immediate support in sight, they have to make fast and tough decisions. The situation becomes more problematic when the terrorists make their way into the fence. It becomes clear that if they continue to pour into the outpost, there will be no saving anyone.

Romesha decides to take things into his own hands, despite being told to follow orders and keep still. With the enemies approaching from every side, he rallies the men to take control of the entry point. With a systematic offense, they manage to put a plug into the terrorists entering the outpost. Now, remains the question of the ones who are already inside and the ones who are close enough to the fence.

On another scene in the outpost, Carter is stuck inside the truck, much like a few others. However, watching Mace get injured at a distance bugs at him and he tries to find ways to get to him, in the midst of the bullets pouring around them. After waiting for what seems like a painstakingly long time, he manages to find a way to Mace and gets him into the truck.

Meanwhile, Romesha is confronted with another challenge. Despite taking control of the situation to some extent, he sees another wave of Talibanis making their way towards them. Though odds seem stacked against them, he knows that there is no other option but to fight as long as they can. He readies himself for the next phase of the battle, but the air support arrives just in time. The terrorists are bombed down and the advancing threat is stopped in its tracks.

Eventually, the remaining Talibanis turn on their heels and make their way back to the mountains. The soldiers assess their losses and try to save the injured ones. The same night, Mace is flown out of the outpost, but the next day, it is revealed that he didn’t make it. On the day of the closing, everyone packs their bags and they fly away while the outpost is destroyed. In its final minutes, the film gives us a glimpse into the emotional and psychological trauma that the soldiers grapple with. Carter feels guilty for not being able to save Mace, while Romesha finally picks up the phone to talk to his family.