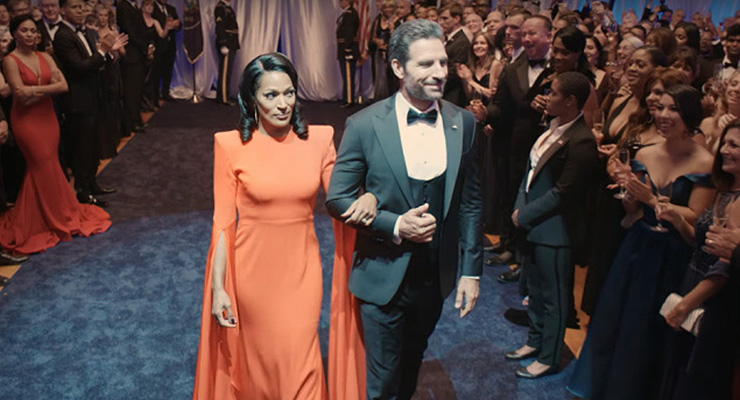 ‘The Oval’ is a political soap opera that airs on BET. Created, executive produced, written, and directed by Tyler Perry, it narrates the fictional tale of the First Family moving into The White House, after being placed in this position by people’s mandate. The story also chronicles the personal trials and tribulations of the clan while documenting the chaotic lives of the staff who help operate the most influential residence in the United States.

Creator Tyler Perry shared his thoughts on the show, saying, “I’ve been hard at work on The Oval and can’t wait to share this story with audiences.” He added, “I’ve set out to create a show that tells the story of a family placed in the White House by people of power while also highlighting the personal side and everyday lives of the staff who run the inner-workings of the nation’s most iconic residence.”

The Oval Cast: Who is in it?

Daniel Croix Henderson stars as the troubled son of the President, Jason Franklin. Javon Johnson is the dedicated White House butler Richard Hallsen, who has been serving multiple generations in the esteemed residence. Ptosha Storey plays the wife of Richard, Nancy Hallsen.

Brad Benedict is Kyle Flint, a former Marine official and another secret service agent at the White House. Travis Cure is Bobby and Matthew Law stars as Kareem Richardson, harboring a romantic inkling for Sharon, who is committed to Barry.

The Oval Plot: What is it about?

‘The Oval’ is the intriguing saga of the Franklin clan who has just moved into The White House after the patriarch Hunter Franklin is voted as the new President. In this presidential drama, we witness several orchestrations that go behind the workings of the most prominent family in the United States. Apart from chronicling the lives of the Franklins, ‘The Oval’ also throws the limelight on the devoted staffers and crew, who are involved in the complicated processes of America’s most elite residence. Yes, you can expect a lot of drama — ranging from betrayals, corruption, and lies, to murder. There is a scandal at every step, twists at every turn, and secrets behind every individual.

‘The Oval’ seems to offer a promising start with a massive, talented cast and huge twists. It is filmed by Tyler Perry Studios, a major movie studio owned by an African-American for the first time in the US.

You can watch the official trailer for ‘The Oval’ on show’s official site.