BBC’s ‘The Pale Horse’ is an adaptation of Agatha Christie’s novel of the same name. In the first episode, the mini-series sets up its premise masterfully, leaving viewers intrigued to get all the answers to the complex murder mystery.

A list is found in a dead woman, Jessie’s shoe. All the people on the list die of natural causes, making one wonder whether their deaths have been orchestrated. Mark Easterbrook’s name is also on the list. The woman that he had an extra-marital affair with also dies, her name being mentioned on the list. Apart from that, the aunt of Mark’s godson is also on the list and dies of a heart attack later. Mark suspects that a trio of “witches” is behind the murders.

Mark visits Thomasina’s stepmother and coerces her to tell him what the three women at The Pale Horse store do. “Witchcraft,” she says after admitting to having visited them. She wanted them to do something about Thomasina.

Osborne points out Mark’s falling hair and tells him that David might have paid the witches to have his aunt (Clemency) murdered so that he could inherit her wealth. Later, Hermia asks where he went the other night (the night Thomasina died). She has gotten his suit dry cleaned and asks him why he lied about running over a cat and throwing his suit due to its blood. Mark dodges the topic by telling her of Clemency’s death.

The three witches are present at Clemency’s funeral and Mark spots David looking at them. Then, Mark takes David to his basement and confronts him about paying the witches to have Clemency killed. David admits to doing so. Then, Mark tries to think about someone who would hate him enough to have him killed.

Mark thinks Hermia might want him dead. He tells her that she would never get what she wants, without directly referring to the witches. Mark dreams of a masked figure coming to his house at night to kill him. He starts sleepwalking because of that, yelling “wake up.” 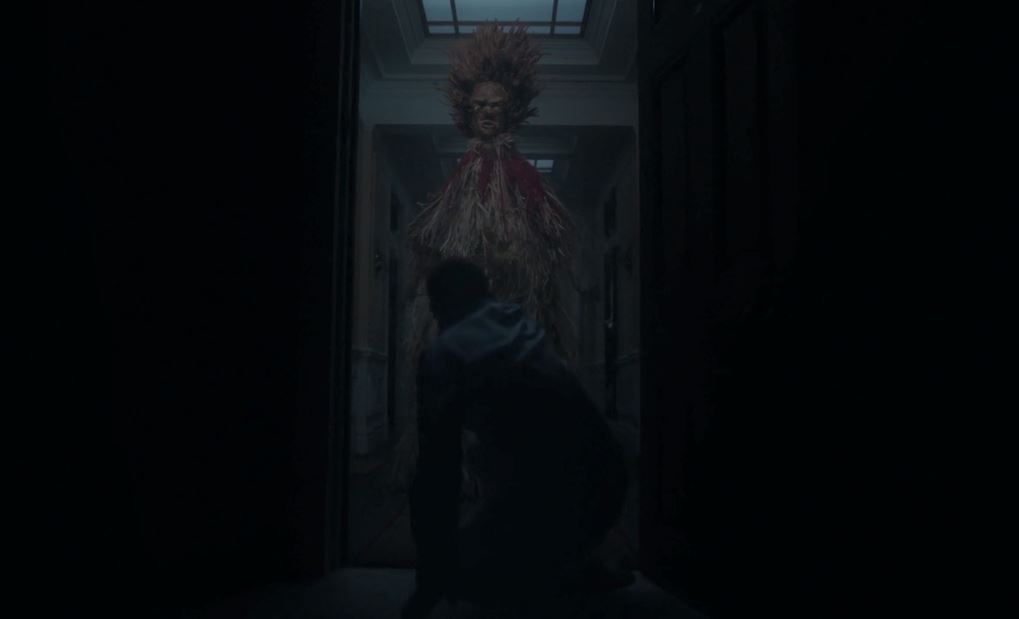 Mark finds a dead rabbit in his car. Osborne found one too. Mark tells Osborne that his wife might want him dead. Osborne suggests answering the witches with fire and some form of spiritual cleansing. Inspector Lejeune visits Mark’s shop. He tells him that one of his neighbors had reported hearing footsteps before Delphine’s death. She had died when the radio fell into her bathtub and Inspector Lejeune tells Mark that he smells something fishy about him.

Mark drives to Much Deeping and visits the witches. He asks them to free him of the curse and make his dreams go away. He also pays them to kill Inspector Lejeune and Hermia. The witches make him see a vision from the past: of the time he had found Delphine’s Much Deeping pamphlet. Delphine had been in the bathtub at the time and seeing Oscar’s name on the pamphlet had led Mark to believe that she was having an affair. In anger, he had thrown the radio in the bathtub, killing Delphine. Then, he had gone out of the house and entered it again, pretending to have found Delphine dead.

Mark returns home to find Hermia unconscious and rushes her to the hospital. There, he sees Inspector Lejeune with a bloody face being admitted. Then, Mark goes to a party. He gets visions of Delphine again. While hallucinating, he realizes that Osborne could be behind the deaths.

He breaks into Osborne’s shop. There, he finds a bunch of files and opens the one with David Ardingly and Clemency’s name on it. The document confirms that Osborne had been paid to kill Clemency. He also finds a book on how to make corn dollies (the woven thing Mark had found outside his car). Then, Osborne walks in. (The rest of the recap is continued in the next section since it also explains the killings).

Recap, Continued: Who Done It?

Osborne reveals how he used to get contracts to kill people. He would find wealthy people with problems through the newspaper and write them a letter asking them to go to The Pale Horse. The clients would think that the witches were killing the people they wanted. However, in reality, their bank transfers would go to Osborne. Osborne would pose as a repairman and kill the victims using Thallium, a poison.

Osborne tells Mark that Jessie had been his helper and would frequent the Pale Horse to keep tabs on their clients. However, the witches were not involved in the plan. They did spot something fishy going on when the people their clients would talk about would end up dead. That is the reason they would visit the funerals. So, they scared Jessie into thinking that they knew what was going on.

On the other hand, Delphine had visited the witches on her own. She had not contacted Osborne and actually wanted to know Mark’s fortune. The witches had told Jessie about Mark. Jessie had thought that Osborne was getting clients without involving her. So, he poisoned her too. That is the reason Jessie wrote Mark’s name with a question mark on her list.

When Mark thought he was going to die, Osborne started to make him believe that the witches might be killing the people on the list. He mildly poisoned Mark (not to a fatal degree) with the Thallium to induce his hallucinations. He planned on killing Mark too, to avoid any possibility of him being caught. After hearing everything, Mark ends up killing Osborne and burning his shop.

The witches visit Hermia. While their conversation is not shown, it can be reasoned that they visited her to tell her about Mark wanting her dead. Mark returns home and finds a newspaper article mentioning his own death. Then, he starts seeing a vision of Delphine taking her radio inside the bathtub. 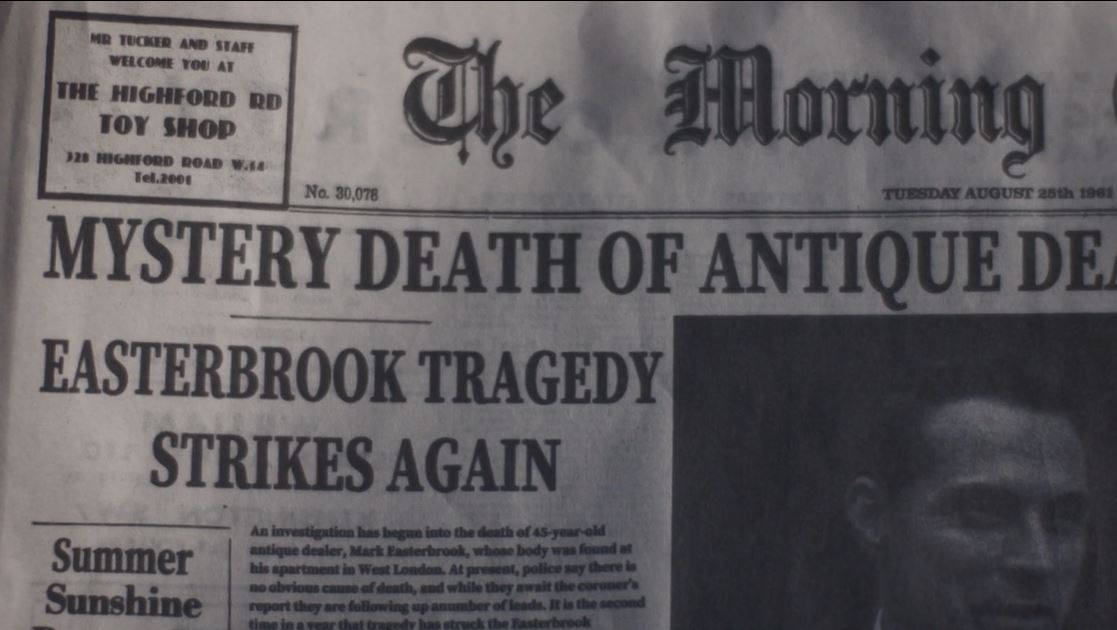 After an extremely complex resolution, viewers are left confused with even more questions after the ending of ‘The Pale Horse.’ The reason behind the deaths is explained coherently. However, is Mark dead? Well, the ending is quite ambiguous and functions as an open ending. Hence, there is no single correct answer.

Another possibility would entail that the witches actually had supernatural powers. Probably, the witches trapped Mark in a torturous nightmare by making him see visions of Delphine repeatedly. Or perhaps, they actually killed Mark. Perhaps, Hermia asked them to kill him. Or perhaps, Mark was killed by Osborne who might have managed to poison him completely. As stated earlier, no single explanation is fully correct. It is up to the viewers to believe what they think might be the most logical explanation.

After having watched both the episodes of ‘The Pale Horse,’ one can undoubtedly say that BBC has done quite a good job of adapting Agatha Christie’s novel into a miniseries suited to modern sensibilities. The series maintains a breakneck pace throughout and its less-than-two-hours runtime seems perfect. Anything longer than that would have surely felt like a stretch.

Moreover, the character of Mark is a protagonist that viewers are bound to remember for a long time. He is complex,  multi-faceted and, by the end of the series, turns out to be the anti-hero. Other than that, the period setting is also captured marvelously, despite no employment any form of grandeur.

However, the open ending might feel vestigial. The plot could have easily remained untouched without the open ending. Osborne being the murderer would have still turned out to be a solid revelation. The ambiguous conclusion revolving around Mark’s possible death does make the mini-series overtly complex. However, it is an artistic choice at the end of the day and does not diminish the enjoyability of the rest of the series.