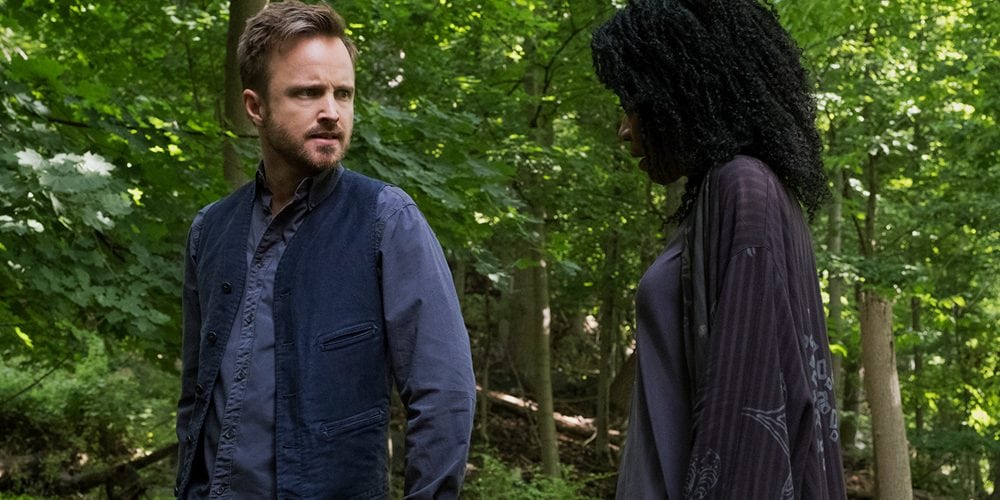 ‘The Path’ is an American drama web-series that has been created by Jessica Goldberg. It airs on Hulu and first premiered on March 30, 2016. The show was originally called ‘The Way’ but was then renamed to ‘The Path’ as it was similar to the real-life ministry, and alleged cult, The Way International.

The premise of the series is about a family who is caught in the middle of a controversial cult movement. With each episode, we get a more in-depth look into what it means to choose between the life that we already have and live and the life we long to have. The show revolves around the fictional movement called Meyerism.

Intrigued by what goes on inside a religious cult? I know I am. Religion is a set of rules that we choose to live our lives by since we believe that it has come from a divine source. Cults operate on the same principle except for the fact that there is a lot more fervor among the members than in broadly established religions. The Washington Post agrees, as their critic writes, ” ‘The Path’ works best as an intense psychological study of an extended family whose members equate faith and loyalty with happiness.” If you feel that this is your cup of tea, then read on. Oh, and did we mention that Aaron Paul, best known for playing Jesse Pinkman in ‘Breaking Bad’ stars in this show? We bet we have got your interest now, so read to find out more about ‘The Path’ and its mysterious ways.

The Path Cast: Who is in it?

‘Breaking Bad‘ actor, the sensational Aaron Paul, takes the lead role of Eddie Lane. Another vital role is that of Sarah Lane, who is the wife of Eddie. She is born into a Meyerist family. This part is played by Michelle Monaghan of ‘Gone Baby Gone’ and ‘Kiss Kiss Bang Bang‘ fame. Hugh Dancy, best known for playing FBI profiler Will Graham on NBC’s ‘Hannibal‘, lands an important role of Cal Roberts who is the former co-guardian of the light, and is said to be the rightful successor of Dr. Stephen Meyers. He is sort of the unofficial leader of the cult, which puts him at odds with the existing leadership.

Other important roles are that of Mary Cox, an addict saved by Meyerists. This part is played by Emma Greenwall. Hawk Lane, Eddie and Sarah’s teenage son, is played by Kyle Allen. Freida Pinto, who became prominent with ‘Slumdog Millionaire‘, plays the role of Vera Stephans, Eddie’s publicist.

The Path Plot: What is it about?

‘The Path’ revolves around a small northeastern community, which we start becoming familiar with through the strange but identifiable actions of Meyerism via the Lane family. Eddie who converts to Meyerism and has a difficult past, and Sarah who is already born into a Meyerist family, raise their children in what they believe and insist on being a movement and not a cult of any sort. They are a family of calm and rational individuals whose focus is on living in the light. ‘The Path’ is quite concerned with what makes religion acceptable and sustainable.

However, when Eddie returns from a spiritual retreat in Peru, which was designed to further his movement within the organization, he comes back a changed man. This is unbeknownst to his family, and the story plays out as Eddie’s crisis of faith becomes more and more evident.

You must be wondering what Meyerism actually is. Well, according to the showrunner it is a mixed bag of various religious practices and cult beliefs, but there are some marked similarities to Scientology. The movement is said to combine elements of ” New Age philosophy, shamanism, Scientology, Christian mysticism and Utopianism with a few elements from the Shakers, Sufism, Tibetan Buddhism, and Freemasonry ritual. ” This fictional religion was supposedly founded in 1974 by Dr. Stephen Meyer, who literally climbed a ladder of light in Peru to receive enlightenment. Some of the value systems of this cult make sense, including a focus on family, environment and societal well being. They believe that all people are damaged, which results in the world’s suffering, and the way to overcome this is through enlightenment. Much like a cult operates, the Meyerist Movement insists on keeping its publicity to a minimum, and they have a hierarchy where upper echelons make most of the decisions that the members follow.

This then is the movement that the Lane family is caught up in, and we see how this cult affects their family life and marriage as the structure of the movement changes while Eddie himself undergoes a personal loss of faith.

Undecided about whether this show is for you? Maybe, The Hollywood Reporter‘s review can help you make your mind up. They have said, “There’s a lot to like about ‘The Path’, from the strong visual sense of place that director Mike Cahill established in the first two episodes to its theoretical take on faith, and of course the exquisite acting and deft writing.”

The Path Season 4 Release Date: When will it premiere?

The Path Season 3 premiered on the January 17, 2018 on Hulu. Sadly, on 23rd of April 2018, Jessica Goldberg announced that there would not be a fourth season.

“While it’s sad that The Path is ending, I’m brimming with gratitude and pride”, said the content, creator Jessica Goldberg. She added, “It was a gift to be able to tell challenging and emotional stories for three seasons in this very strange and unique world. The caliber of talent and passion everyone who worked on this show brought-from the partners Jason Katims and Michelle Lee, the execs at Hulu, the writers, actors, directors, designers, and crew- was something to behold, and for which I’m very thankful”.

You can check out the trailer for ‘The Path’ below. If you have not seen the series, but happen to be intrigued by how faith works in the hands of people, then this is the show for you.