The Pathless: Everything We Know 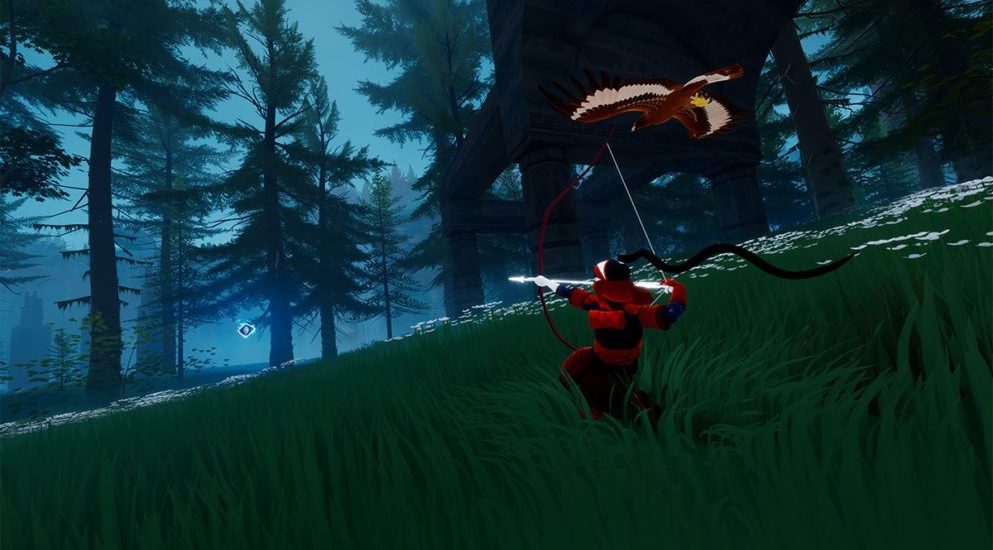 The adventure video game ‘Abzu’ was the surprise hit of 2016, practically coming out of nowhere to dazzle fans and critics alike. What is even more impressive, is that the game was developer Giant Squid Studios’ debut title, although you would be hard-pressed to tell that, given the high level of finesse and polish the game boasts of.

Naturally, the success of ‘Abzu’ put Giant Squid Studios on the map, and fans have been on the lookout for their next big project, an adventure game titled ‘The Pathless’. Despite being very different from ‘Abzu’ in its setting and story, the upcoming game shares and revels in many of the same design and gameplay principles as ‘Abzu’.

So, what is the ‘The Pathless’ about, and what can we expect from the follow up to the enchanting ‘Abzu’? Read on to find out everything we know about the new game.

The Pathless Gameplay: What to Expect?

Like its predecessor ‘Abzu’, ‘The Pathless’ is an atmospheric adventure game presented from a third-person perspective.

The Epic Games Store page for the game describes it as follows:
“Become the Hunter, a master of archery whose mission is to dispel the curse of darkness that grips her world. Forge a connection with an eagle companion as you explore a vast, forested island full of secrets. Solve puzzles in ancient ruins and test your skill in epic battles. Hunt corrupted spirits, but be careful not to become the hunted yourself. The bond with your eagle and the fate of the world hang in the balance.”

In ‘The Pathless’, you play as a young hunter archer who is on a quest to free her paradisiacal island from a debilitating curse that hovers over all. You are also joined by your companion pet eagle on this strange journey, which will take you across a vast mythical forest with numerous secrets to uncover and puzzles to solve.

‘The Pathless’ very much looks to be heavily inspired by previous games in the genre like ‘Abzu’ and ‘Journey’. Both of those games are widely beloved for being nearly meditative experiences, where players are not bogged down by complex mechanics and combat. Instead, they can take the time to appreciate the breathtaking scenery, the rousing background score, and learn more about the world through subtle atmospheric storytelling.

Like ‘Abzu’, ‘The Pathless’ features a very simplistic, vibrant and uncluttered aesthetic that should make the world a real treat to explore. Imagery and visual storytelling are fairly important in games, where dialogue is rare or non-existent, so the aesthetic does far more than just simply making for a pretty looking game.

The pleasing visual style is complemented by an all-new original soundtrack by composer Auston Wintory, who is best known for composing the ethereally beautiful background scores for both ‘Abzu’ and ‘Journey’.

The primary focus of the gameplay in ‘The Pathless’ will be on exploration and puzzle-solving. Not only do those two activities form the bulk of the gameplay, but it is also a major part of how the game dispenses its narrative. ‘Abzu’ often uses subtle environmental cues, puzzles, and musical hints to set the tone for the game’s storyline. Expect ‘The Pathless’ to do a lot of the same.

However, the new game does add some unique elements to distinguish itself. Besides the Hunter, you can also gain control of the eagle in ‘The Pathless’, something which is sure to add an extra layer of complexity and challenge to the gameplay. This is especially true in the case of puzzles, many of which will now require you to frequently switch between characters in order to find the optimal solution.

‘The Pathless’ also features some combat, albeit in a rather basic form. The Hunter is equipped with a bow that they can use to strike down corrupted spirits. However, the combat is fairly simplistic and you are not required to aim too precisely while shooting. This is a deliberate design decision by the developers in order to keep the focus on what truly matters in ‘The Pathless’ – exploration and the story.

The Pathless Developers: Who Are the People Behind the Game?

‘The Pathless’ is being developed by Los Angeles based American video game developer Giant Squid Studios and published by Annapurna Interactive. The studio was founded in 2013 by video game designer and director Matt Nava, who had previously worked on ‘Journey’ with Thatgamecompany.

Giant Squid Studios is best known for the debut game ‘Abzu’, which was quite the surprise success back in 2016.

The Pathless Release Date: When and Where Can I Play It?

‘The Pathless’ was initially set to release sometime in 2019 but has since been delayed to an as-yet-unspecified date in 2020.

‘The Pathless’ will be available to play on a number of platforms including PlayStation 4 and PC, where it will be exclusive to the Epic Games Store. The game has also been confirmed to be arriving on Apple Arcade, Apple’s new game subscription service.

You can watch the trailer for ‘The Pathless’ right here.