Is The Paynes Renewed For Season 2 or is it Cancelled? 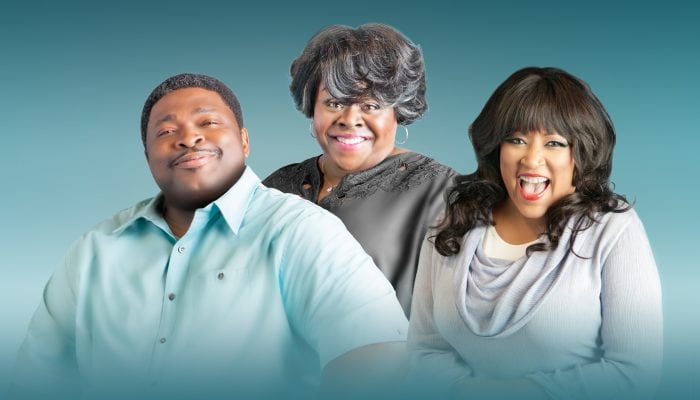 ‘The Paynes’ is an American sitcom television series that used aired on the Oprah Winfrey Network (OWN), but now will air on BET. Created, written, and directed by Tyler Perry, the show serves as a sequel to Perry’s earlier sitcom, ‘Tyler Perry’s House of Payne’, which aired between 2007 and 2012.

A relatively new show, ‘The Paynes’ season 1 started airing on January 16, 2018. Owing to Season 1 having a whopping 38 episodes, it was aired in two parts, with the finale being aired on November 30, 2018. Since then, fans of of the show have been waiting for ‘The Paynes’ season 2. Here’s everything we know about it thus far.

The Paynes Cast: Who is in it?

‘The Paynes’, being a sequel series to ‘Tyler Perry’s House of Payne’, gets several cast members of the original show to reprise their roles. Additionally, several new cast members also join.

LaVan Davis returns to play the role of the show’s main protagonist, Curtis Payne. An overweight man known for his cliched jokes, loudness, and love for junk food, Curtis is hardly mature when it comes to his own life and dealing with his family. However, his maturity and responsibility become visible when one sees him at his job, where he is the chief of the local fire department. Cassi Davis, meanwhile, reprises her role as Curtis’ wife, Ella Payne, who is a caring, stay-at-home mother and the voice of reason in the Payne family.

Among new members, Jackee Harry joins the show as Curtis’ cousin JoAnn Payne, who tricks him into buying his late uncle’s dilapidated house and laundromat. Stephanie Charles, meanwhile, steps into the shoes of Nyla Payne, a young woman who works under JoAnn in her church and later starts living with Curtis and Ella with her two kids, Kenny and Lynn, who are played by JD McCrary and Sanai Victoria, respectively. Markice Moore plays the role of JoAnn’s son, Ryan Payne, who works at the laundromat which Curtis buys. Finally, Anthony O. Dalton plays head contractor Terrance and Matthew Law plays Nyla’s abusive boyfriend Kendrick, thereby wrapping up the list of main cast members.

Apart from the main cast members, the show also has a few recurring cast members, most of whom are from the original show ‘Tyler Perry’s House of Payne’. Among them, Lance Gross plays the role of Curtis and Ella’s only son Calvin Payne, Allen Payne plays Cutis and Ella’s nephew CJ, Demetria McKinney plays CJ’s wife Janine Payne, and Larramie “Doc” Shaw and China Anne McClain play CJ and Janine’s children, Malik and Jazmine Payne, respectively.

We expect most of these cast members to make a comeback and reprise their roles in season 2.

The Paynes Plot: What is it about?

As far as the plot of ‘The Paynes’ is concerned, the show takes place after the events of ‘Tyler Perry’s House of Payne’. We find Curtis and Ella ready to finally retire and live the rest of their lives in peace. However, after the death of Curtis’ uncle, Robert, they travel to Sun Coast, Florida, for the funeral. There, Curtis’ cousin JoAnn, with her agenda of making a profit for her church, tricks him into buying Robert’s dilapidated house and laundromat. Having been roped into a real estate deal that is by no means a good one, Curtis and Ella’s retirement plans take a back seat.

When Curtis agrees to the real estate deal, he does so without consulting Ella, and this, of course, leads to a lot of drama and animosity between the two. Left with no option, Curtis and Ella have to relocate to their new home and their new business, both of which are in ruins. As Curtis and Ella start renovating the house and making the laundromat functional again, they have to settle into a new community and start rebuilding their lives. Although it is tough going initially, Ella starts to find new purpose in rebuilding her new home and business, and Curtis lets go of his anger over the deal when he sees the positive effect it has on his wife. With Curtis and Ella neck-deep into their latest adventure, the show follows their new lives as they hilariously deal with the everyday issues which surface.

Yet, as far as impressions go, Season 1 of ‘The Paynes’ failed to impress viewers, who gave the show a poor rating of 4.8/10 on IMDb. We don’t know television critics felt about the show collectively as it does not have a score on review aggregator website Rotten Tomatoes, but we imagine that critics did not have kind words for the show either.

The Paynes Season 2 Release Date: When will it premiere?

In March 2019, it was announced the series was not coming back on OWN, but the second season might return to another network in 2019 or 2020. On August 6, 2019, it was confirmed that the series will be moving to BET. Optimistically speaking, The Paynes season 2 might release sometime later in 2020.

While we wait for ‘The Paynes’ season 2, here is the trailer for Season 1 to give you a glimpse into the funny family drama and the story thus far.

Dark Season 3: What to Expect?

Will There be a Mrs. America Season 2?