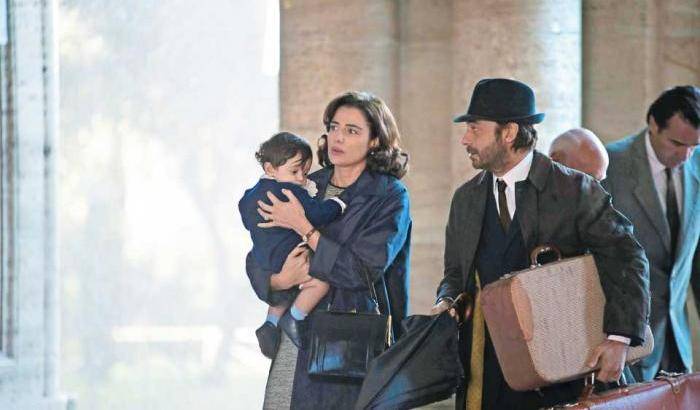 ‘The Promised Life’ aka ‘La Vita Promessa’ is an Italian drama created by Laura Toscano and Franco Marotta. Directed by Ricky Tognazzi, the historical series originally premiered on Rai 1 in September 2018. It was later picked up by Acorn TV to air for the US audience.

The Promised Life Cast: Who is in it?

Talented actress Luisa Ranieri is known for her performances in films such as ‘Immaturi’, ‘Luisa Spagnoli’, and ‘Amiche Mie’. Meanwhile, Francesco Arca holds a successful record in acting, including roles in popular titles like ‘The Three Roses of Eve’, ‘May God Help Us’ and ‘Sacrifice of Love’.

The Promised Life Plot: What is it about?

Set against the migratory scene in the early 1900s, ‘The Promised Life’ is an epic story centered around one Sicilian family, which serves as a representation of one of the greatest migratory exodus of modern history.

‘The Promised Life’ follows the matriarch of the Sicilian Carrizzo family, Carmela. She is a strong, headstrong woman, who in order to escape the continuous abuse of Vincenzo Spanò, decides to start afresh. In fact, Vincenzo is Carmela’s baron and she is employed under him. But Vincenzo ends up killing her husband Salvatore because the latter spearheads some protests regarding the dire working conditions of the workers laboring under the powerful baron. Vincenzo also has a yearning for Carmela and as a result, he ends up murdering her husband.

In another incident, Vincenzo and his accomplices torture Rocco, one of Carmela’s sons — for the mere reason that the young boy is discovered feasting on one of Vincenzo’s lambs. After the extreme humiliation, Rocco tries to commit suicide but does not succeed. However, he ends up becoming mentally handicapped.

In order to escape from all these mishaps, Carmela resolves to flee to Naples, engage in a proxy marriage with an Italian-American, and enter America. She ties the knot with the Venetian, Matteo Schiavon, who is also a permanent resident in the US. But trouble does seem to have a way of finding Carmela. Tragedy strikes as soon as the Carrizzos prepare to leave Naples. Their daughter Maria is infected by a severe form of life-threatening cholera. Luckily, she survives but by then, the family had already made it to New York, leaving her behind. Now, Maria must take the help of Assunta Moggi in order to track down her mother and siblings in an unknown country.

‘The Promised Life’ is a story about a troubled family constantly seeking redemption — first in Sicily, then in Italy, and finally in the city of big dreams and possibilities: New York. The protective and caring mother, Carmela, who is forever ready to go to any lengths to protect her children, enters the Big Apple as Matteo’s wife. However, after her arrival, she gets entangled yet again in the dark underbelly of Little Italy’s crime scene. A mafia gang starts blackmailing her husband and Carmela has to decide on how to get out of this vicious circle. She also meets a Sicilian prostitute Rosa and organizes a proxy marriage with her son. Along the way, Carmela needs to battle for social status in a foreign land that considers migrants almost at par with aliens.

The Promised Life Season 1 Release Date: When will it premiere?

‘The Promised Life’ season 1 premiered on Rai 1 on September 16, 2018. After spanning four episodes, the miniseries concluded with its finale on October 1, 2018. The show releases for the US audience on Acorn TV on October 14, 2019.

You can watch the official promo trailer for ‘The Promised Life’ Season 1 below.