Here Are All the Spots Where ‘The Proposal’ Was Shot 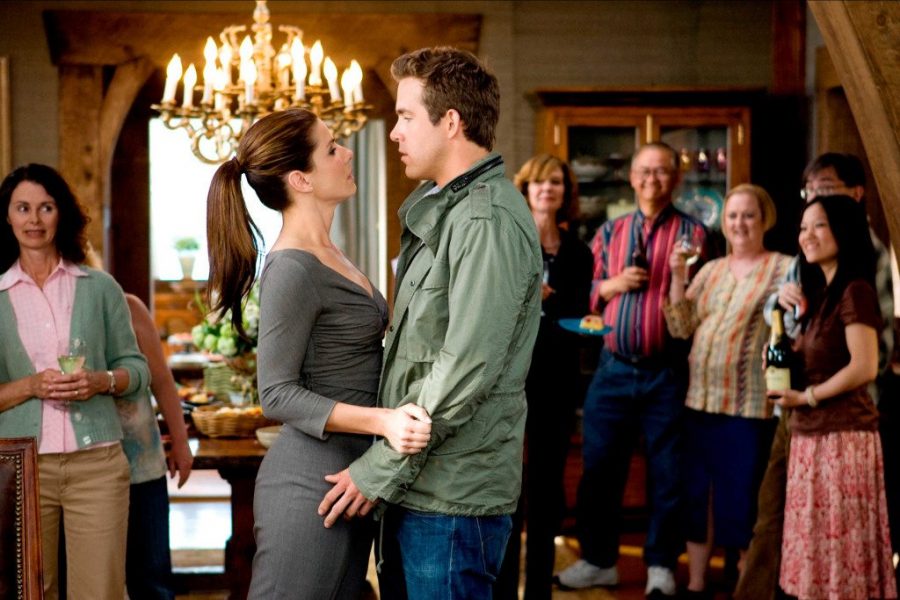 Although known for being a highly versatile actor with the acting chops to play a wide variety of roles across a wide variety of genres, iconic actress Sandra Bullock has truly shown in comedic roles throughout her career, particularly romantic comedies. Bullock’s definitive romantic comedy film came out seven years later in 2009, titled ‘The Proposal’. A proper feel good film with plenty of heart, ‘The Proposal’ was a thumping success with audiences even if it failed to impress most critics (which is often the case with plenty gooey romantic comedies anyway).

If you were wondering what are ‘The Proposal’ filming locations, read on to find out everything we know.

Where Was The Proposal Filmed?

The vast majority of the story line in ‘The Proposal’ takes place in and around Andrew’s hometown of Sitka, Alaska, as well as the palatial Paxton family home. Sitka is a unified city-borough in southeastern Alaska with a rather small population despite holding the distinction of being the largest city-borough in all of the United States. Sitka was originally inhabited ten thousand years ago by the indigenous Tlingit people and today it’s known for its rich and varied flora and fauna, as well as various tourist activities such as day cruises, floatplane sightseeing, and guided hiking.

However, the scenes in the movie depicting the quaint little town of Sitka were actually filmed on location in the town of Manchester-by-the-Sea in Essex County, Massachusetts, which was transformed into Sitka using several props, effects, and clever editing. Certain scenes depicting the city of New York in the early parts of ‘The Proposal’ were filmed both on location in New York and in the city of Boston, Massachusetts. On set filming for ‘The Proposal’ took place at the famed Walt Disney Studios in Burbank, California, USA.

The vast majority of the filming for ‘The Proposal’ took place in the scenic beach town of Manchester-by-the-Sea in Essex County, Massachusetts. This is the location of the privately owned mansion that serves as the Paxton family home in the movie. In reality, the house is a nine bedroom, ten bathroom palace with three stories to boot. However, filming was limited to the first story of the manor.

It was quite a challenge for the crew to present the location as being Alaskan. The house itself was surrounded by other houses and dull, brown trees. The mountains in the background, lighthouses and vibrant trees were added via props and special effects to create a convincing facsimile of Alaska.

Check out this picture of the house where ‘The Proposal’  was filmed:

Besides Manchester-by-the-Sea, filming for ‘The Proposal’ also took place in a number of locations across Massachusetts. The town scenes in Sitka were actually filmed in the tiny seaside town of Rockport, Massachusetts. The filming location for Margaret’s office shown at the beginning of the movie is actually Boston, the capital city of Massachusetts.

The hilarious scene during the early parts of the movie where Andrew forces Margaret to get down on her knees to propose was actually filmed in the city of New York itself, nearby the Javits Federal Office Building.

The on set filming for ‘The Proposal’ took place in the renowned Walt Disney Studios in Burbank, California. This includes some of the Paxton house scenes, for which a custom set was created resembling the inside of the house.

The Proposal Cast and Plot

‘The Proposal’ is directed by ‘27 Dresses’ filmmaker Anne Fletcher.

The story line of the ‘The Proposal’ follows Margaret Tate, a workaholic chief news editor at a New York publishing house and her long suffering assistant Andrew Paxton. The two aren’t on the best of terms personally due to Margaret’s overbearing nature, but the tables quickly turn when Margaret has no choice but to convince Andrew to marry her in order to prevent her from being deported from the country. Andrew reluctantly agrees but has a few conditions of his own, which includes flying away to his family home in Sitka, Alaska for the weekend. Over the fateful weekend, Margaret realizes that there’s more to life than just work, and Andrew realizes that there’s more to Margaret as well.