Will There be a Marvel’s The Punisher Season 3? 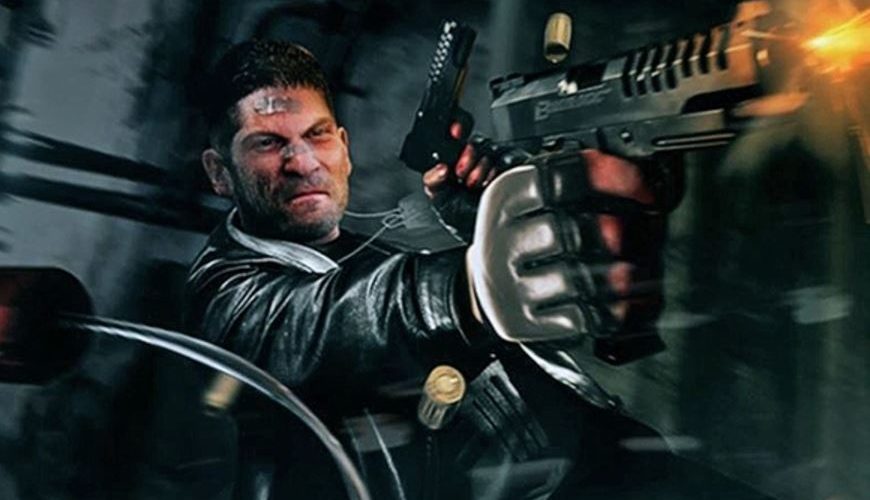 ‘Marvel’s The Punisher’ is an American action web series that airs on Netflix. It first premiered on November 17, 2017, and was part of Netflix’s Marvel content, which had made a name for itself for putting a dark, gritty, and humane twist to the superhero genre, although some of the shows came under severe criticism. Luckily, ‘The Punisher’ was not one of them. It expertly goes beyond just the superhero cliches to become a crime drama and conspiracy thriller.

Created by Steve Lightfoot, the Punisher first appeared in the second season of ‘Daredevil‘ and was so much liked by the audience that it got its own series. The punisher serves as the perfect foil for Matt Murdock’s Daredevil, with the former dishing out his own brand of vigilante justice, and Matt struggling to stay within the limits of the law and fighting criminals in the best way he knows how. This Netflix original showcases extreme violence, befitting of the vigilante who lets bullets do the talking for him.

Needless to say, fans flocked to support the series, and the critics have lauded it as well for the humanizing portrayal of Frank Castle, a man who should be pretty difficult to like. No surprise, it received another renewal soon enough. But will it return for another season? Will there be a ‘The Punisher’ Season 3? Let’s find out.

However, the second season received middling reviews. And unfortunately for fans, the show will not be returning for a third season. In a statement to Deadline, Netflix confirmed, saying: “Marvel’s The Punisher will not return for a third season on Netflix. Showrunner Steve Lightfoot, the terrific crew, and an exceptional cast including star Jon Bernthal delivered an acclaimed and compelling series for fans, and we are proud to showcase their work on Netflix for years to come.”

While ‘Marvel’s The Punisher’ Season 3 stands officially cancelled at Netflix, Disney launched its own streaming service, Disney+ on November 12, 2019. Since Marvel Studios is under Disney, it has been part of their longterm plans to bring all Marvel content under one umbrella. Thus ‘The Punisher’ may be headed there in the future, and we might see Frank appear in a show that will be streamed on Disney+. We will update this section as soon as we learn more.

Marvel’s The Punisher Cast: Who is in it?

Over the seasons of ‘The Punisher’, the show has centered around the adventures of Frank Castle and his quest for justice and vengeance, and how they often overlap in his case. He has come across several characters, who make up the cast of the show. While some characters have been confined to a particular season, others have been constants in Frank’s life as we have seen it.

Firstly, Jon Bernthal plays the role of Frank Castle, a US special forces man who loses his entire family, before spiraling down a path of vigilantism. He is aided by David Leiberman or Micro, played by Ebon Moss-Bachrach. Micro is a former NSA analyst who fakes Frank’s death and helps him in the vigilante lifestyle. If Frank is the brawn, Micro is mostly the brain. Ben Barnes plays Billy Russo, who starts off as Frank’s best friend from the military days before we see him for the evil that he truly is.

Comic fans knew from the offset that Billy Russo would become the Punisher’s arch-nemesis, Jigsaw, but the show gave the character a different origin story, linking the Punisher to his nemesis even closer than ever. Amber Rose Revah plays the role of Special Agent Dinah Madani, who is initially on Frank’s tail, but later supports him in her own capacity. Jason R. Moore plays the role of Curtis Hoyle, another of Frank’s military buddies, and someone who acts as the voice of reason for the vigilante. Paul Schulze plays the role of Agent Orange, and although he just appears in the initial season, he comes across as a formidable obstacle in Frank’s path.

Deborah Ann Woll who plays the role of Karen Page appears in this show as well. She is the connection between Frank’s appearance in the ‘Daredevil’ series, and his own show because he met her there for the first time. She grows close to Frank, bonding over the loss of family, though it is more metaphorical for Karen than Frank. We also get to see

Josh Stewart in the role of John Pilgrim, a man as determined as Castle. He appears in the sophomore season, and although he is a constant threat to Castle, much like the protagonist, we begin to begrudgingly respect Pilgrim and the true motivations behind his actions. Giorgia Whigham also appears as Amy Bendix in season 2, and she is a grifter who has a mysterious past. However, Frank’s myth formation makes her appear as the daughter he lost, to him, and he tries his best to protect her from Pilgrim. It is this rescue that completes the character arc for Frank, giving him a degree of redemption.

Marvel’s The Punisher Plot: What is it about?

The main plot of ‘The Punisher’ starts off with Frank trying to cope with the loss of his family, while also brandishing his own version of justice, which usually involves a lot of guns, violence, and a trail of dead bodies in his wake. He soon attracts the attention of law enforcement but manages to stay ahead of them. However, when other major players get involved, including Billy Russo and Agent Orange, Frank gradually begins to uncover the truth about his family’s murder. When justice and revenge overlap, the Punisher does not hold back, and everyone is made to face their sins. Billy gets the worst deal, with Frank massacring his face, since Billy was a narcissist, but leaving him alive, to be in perpetual fear of the Punisher and the punishment meted out to him. By the end of all this, the military scandals of the US government involving Frank and his team also come to light and the government allows Frank to disappear to keep the whole thing quiet.

Frank minds his own business and even tries to get back on his feet, but an attack on a girl who he identifies with his dead daughter means that the man is back in action. He fights a war on two fronts this time, one against Billy, who is finally back to get his revenge for Frank’s punishment, and one against a single-minded killer John Pilgrim. Frank can take a lot of pain dished out to him, and he does just that.

Will There be a Sweetbitter Season 3?

When Will ‘Ray Donovan’ Return on Showtime?