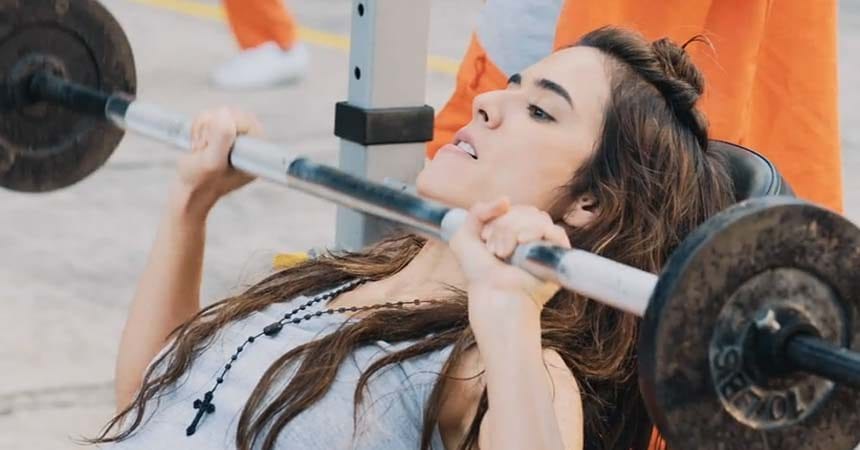 The Queen of Flow, called La Reina del Flow in Spanish, is a Colombian telenovela that airs on Caracol Television. The series, created by Andres Salgado, who has also written and produced it, and has been filmed in Medellin, Antioquia, and New York City. Directed by Liliana Bocanegra and Rodrigo Lalinde, the show is produced by Ernesto Escamilla, Angelica Guerra, and Luis Eduardo Jimenez and is a joint co-production of Sony Pictures Television and Teleset for Caracol. The Queen of Flow,’s massive popularity in Columbia where it became the most watched show encouraged Netflix to acquired the global rights of it. The show finally aired on the streaming platform on November 9, 2018.

The Queen of Flow Cast: Who’s in it?

The story of The Queen of Flow revolves around a shy and naive but extremely talented teenage songwriter Yeimy Montoya, whose role is beautifully portrayed by Carolina Remirez. Yeimy is an ambitious girl, who has a dream of becoming the best reggaeton composer.

Charly Flow, played by Carlos Torres, has no gratitude towards Yeimy whatsoever, even though he owes his fame to her. While Yeimy suffers in jail in the United States, for the crime she did not commit, Charly becomes the star of reggaeton. Little does he know that she is going to come back to take what is hers.

Amidst this whole drama, Juancho, the character played by Andres Sandoval, is head over heels in love with Yeimy, which, both Yeimy and Charlie are unaware of, for he did not have the guts to confess it to her. He watches Yeimy falling in love with his best friend Charly, and could do nothing but keep the gut-wrenching pain to himself. Once Yeimy comes back, he can win her over by facing his best friend, Charly. He seems to be ready to do anything for the love of his life.

The Queen of Flow Plot: What is it about?

The Queen of Flow, is centred around Yeimy Montoya, who is a 16-year-old humble, talented girl who loves urban music. She has a dream of becoming the greatest singer in the artistic medium that the world will ever witness. Little did she know that her dream was short-lived. Her wishes get truncated when she is deceived by the person she trusted the most. She is madly in love with Charly, who turns out to be a big cheat. He not only steals her songs but also sends her to the United States with drugs. She gets sentenced to a New York prison and loses her family that is killed on the orders of drug mafia.

After seventeen years, Yeimy comes back with revenge rooted deep in her mind. Now, her sole purpose now is to ruin all those who ruined her life, along with her relative’s. She gets her a new identity as Tamy Andrade, a wealthy reggaeton producer, and puts an end to Charly Flow’s career. She destroys all her enemies one by one, by becoming one among them.

The Queen of Flow Season 2 Release Date: When will it premiere?

The Queen of Flow season 1 premiered on June 12, 2018 on Caracol Television and November 9, 2018 on Netflix. The first season has a whooping 82 episodes in total. Netflix is yet to announce season 2 of The Queen of Flow and thus, the air date of the next season is unknown. However, we know that the show has been confirmed by Caracol Television for another season, so it is more than likely that Netflix will follow suit and pick it up as well. It was confirmed through an Instagram post with a picture and a caption that translates to, “How did you like this news? Raise your hand if you got excited by the announcement of # LaReinaDelFlow2 !”

It was five months before the series came to Netflix after it aired on its parent channel so it looks like The Queen of Flow season 2 will only release on Netflix in 2020. We will update this section as we learn more.

The Queen of Flow Trailer

If you into Spanish shows, you need not to worry about the agony of finding where to find them, for Netflix has got you covered.  The Queen of Flow has got enough episodes in its season one itself to keep occupied for weeks, if not months. So, without wasting any further time, grab some snacks, get cosy, and head over to Netflix to catch The Queen of Flow. Want to get a quick peek at the series? Watch the trailer for season 1 below: