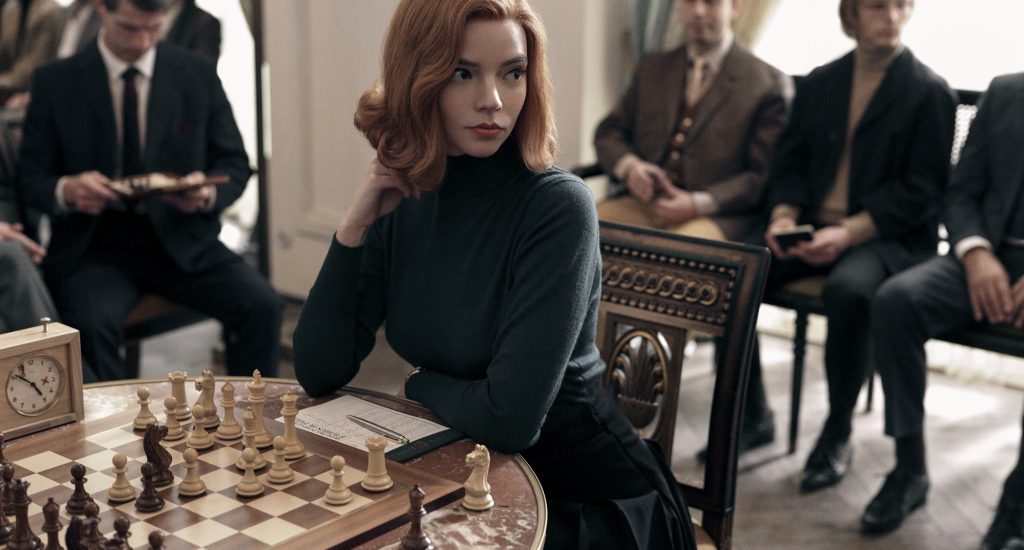 ‘The Queen’s Gambit’ is an aesthetically scripted drama that is a web adaptation of Walter Tevis’ 1983-published eponymous novel. Coupled with superb performances, it is developed by Scott Frank and Allan Scott and was released as a Netflix original. The story follows an orphan chess prodigy who aims to become a Grandmaster and gets increasingly obsessed with her ambition.

Owing to its fast, clever concept and portrayal of a flawed yet genius protagonist, ‘The Queen’s Gambit’ outdid several female-centric shows on the streamer. And now that we are done with its first part, let’s check out if we will get more from the series.

‘The Queen’s Gambit’ season 1 premiered on October 23, 2020, on Netflix, in all its entirety of seven episodes. Although the series opened to a tremendous response – thanks to its ingenuity and brilliance – here is the thing.

The show was created as a miniseries, and a continuation of the same storyline is highly unlikely. Moreover, the first outing covers the entire content of its source material (the eponymous book). Considering all of the aforementioned factors, ‘The Queen’s Gambit’ season 2 is most likely canceled.

The Queen’s Gambit Cast: Who is in it?

Anya Taylor-Joy stars as the protagonist, Beth Harmon, a genius chess player with a traumatic past. The Argentine-British actress made her first notable on-screen appearance with ‘Atlantis.’ Later on, she progressed to star in ‘The Witch,’ ‘Split,’ ‘Glass,’ ‘Thoroughbreds,’ and ‘Emma.’ Taylor-Joy has additionally starred in ‘The Miniaturist,’ ‘Peaky Blinders,’ and ‘The Dark Crystal: Age of Resistance.’

Speaking about her role as Beth, she said: “I loved [Beth] immediately. There was no script when I first heard that [director and writer] Scott Frank wanted to talk to me and I inhaled the book in like an hour and a half. And I’m not a runner, but I ran to that meeting. The excitement level that I had of just how much I connected with this woman, how much I wanted to tell her story and, something that I think is really important is, I did think I could tell it right.”

The Queen’s Gambit Plot: What is it About?

‘The Queen’s Gambit’ introduces us to the chess prodigy Beth Harmon and traces her life from her troubled childhood in an orphanage to her rise as a Grandmaster. We also get an insight into her struggles with tranquilizer and alcohol addiction. The story starts off with a glimpse of the 8-year-old Beth – a quiet, sullen, and seemingly ordinary child.

But people’s perception of her changes when she plays her first game of chess. As she grows older, Beth becomes sharper, more focused, and controlled. When she reaches 16, she competes in the U.S. Open Championship. But as she progresses further in her career, she becomes increasingly obsessed, resulting in terrifying isolation, seeking to engulf her.