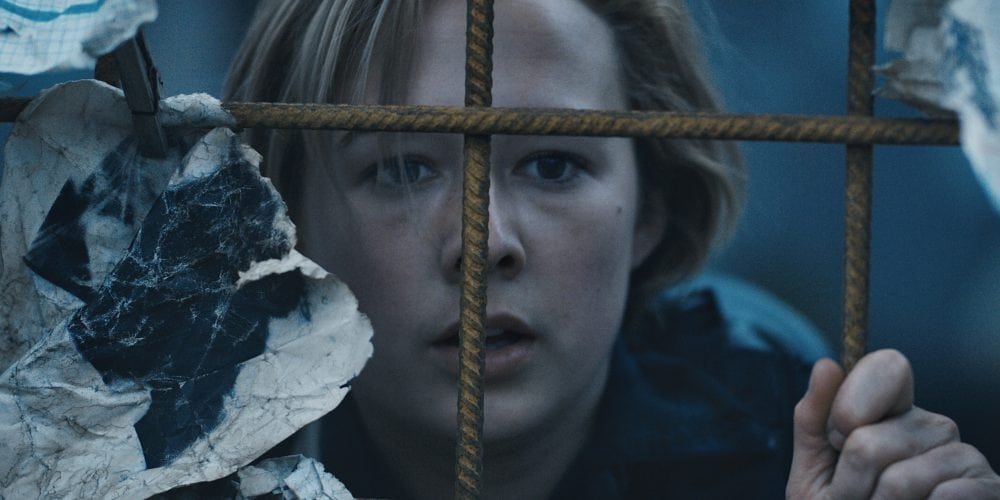 ‘The Rain’ is a Danish post-apocalyptic drama series that imbibes elements of psychological thrillers and science fiction. The series airs on Netflix and first premiered on May 4, 2018. Created by Jannik Tai Mosholt, Esben Toft Jacobsen, and Christian Potalivo, the show is backed by Miso Film. Christian Potalivo is the producer, while Peter Bose and Jonas Allen are on board as the executive producers.

The show revolves around two siblings who must embark on a journey in the search of safety, once most of the population is wiped out by a brutal virus. The series has mostly been shot in Denmark. Fans have come to take a quick liking to the apocalyptic tones of the show, and critics too have lauded it for its content and handling in the initial season. ‘The Rain’ is part of Netflix’s plan to expand its repository and include good foreign shows, based on the content they have to offer. Some of the notable additions in Netflix’s list have been ‘Dark‘, a German show, and ‘La Casa de Papel‘ or ‘Money Heist’, a Spanish series.

The Rain Cast: Who is in it?

The main cast of ‘The Rain’ comprises of Danish stars, led by Alba August as Simone Andersen. The tight cast also includes Lucas Lynggaard Tønnesen in the role of Rasmus Andersen, Lukas Løkken as Patrick, and Jessica Dinnage as Lea. The main cast is bolstered by the presence of recurring characters.

Hopefully, in the upcoming season, if it happens, we will see the main cast return, and perhaps new characters will be thrown into the mix, who will make the adventure all the more interesting for the siblings.

The Rain Plot: What is it about?

The main plot of ‘The Rain’ focuses on the world as we know it having come to an end, due to a rain-carried virus that wiped out nearly everybody in Scandinavia. Six years after that event, two Danish siblings emerge from the safety of the bunker where they have been staying. After discovering all remnants of civilization gone, they join a group of fellow young survivors, and together they head out on a danger-filled quest throughout the abandoned land in search of signs of life. The survivors think they have been set free from societal rules of the past, but they quickly find that even in a post-apocalyptic world there is love, jealousy and other coming-of-age dilemmas that young people have always faced.

There is a quest motif that underlies their adventures, as the siblings also look for their father who might have the cure to the entire problem. What stands out is how the show has been structured. It manages to give viewers the bare minimum details while holding back key facts. This piques their interests, and draws them in, leading to the very binging sessions that Netflix always encourages. The tone and palette of the show are as demure as ‘Dark’ and sets the mood for a post-apocalyptic scenario. However, combining young adult drama with this theme is something that has already been done. Despite not being original, ‘The Rain’ manages to be just as entertaining. Of course, this is helped by the fact that the characters are rather well created, and seeing the circumstances play out from their own horrified perspectives makes it worth the while. Furthermore, the doling out of information in a limited manner holds on to the mystery of the series.

Hopefully, in the upcoming season, the mystery will only intensify, as will the adventures of these survivors. It remains to be seen if the showmakers can carry on the intrigue going forward, because ultimately, keeping the audiences hooked to the story is one of the surefire ways of making a good show, and ‘The Rain’ definitely has that potential. For a show that falls back on an overused trope, this series has already set itself apart, and there is no reason to believe that it will not continue to do so in the future.

The Rain Season 3 Release Date: When will it premiere?

‘The Rain’ Season 2 premiered on May 17, 2019. As far as the next season goes, we have good news for the fans. On June 19, 2019, Netflix announced that the show will come back for a third and final season. Even though no release date was revealed our best guess is that ‘The Rain’ Season 3 could premiere sometime in May, 2020. We will update this section as soon as we have an official confirmation.

You can check out the trailer for Season 2 of ‘The Rain’ below to get an idea of what has transpired in the show till now. If you have not seen the show yet, check it out at Netflix. The binge-worthy narrative will have you hooked in no time, and make you up to date about the incidents that unfurled on the show, before the new season arrives.