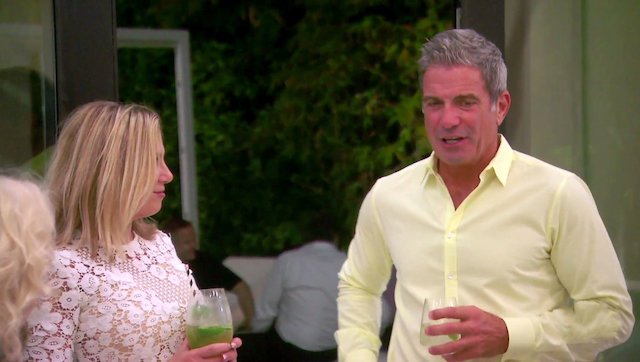 This is the fourth week, in a row, when we meet the ladies scouring the streets of Mexico! However, this happens to be the ladies’ last night in Cancun. Ramona, in order to create more drama, addresses Dorinda’s anger issues in a group text. The girls then return to New York City and Leah decides to work toward improving her relationship with her mother. Ramona sees a therapist but coincidentally, he happens to be handsome and she starts flirting with the guy. Luann gears up for her cabaret workshop while Sonja hosts a party. Well, for more details, head to the recap section. In case you are updated on the latest shenanigans and wish to know the details of ‘The Real Housewives of New York City’ season 12 episode 20, you’re at the right place.

The next episode is called ‘No Party Like a Mob Party’ and its official synopsis goes as follows: “Leah hosts a party for the 15th anniversary of her brand, Married to the Mob. Luann meets with a ghostwriter for her new memoir and Dorinda celebrates her birthday out on the town with the ladies and John.”

Where to Stream The Real Housewives of New York City Season 12 Episode 20 Online?

This week, Ramona starts off the drama by sending off an explosive group text, where she asks Dorinda to admit that she has anger issues. Luann tries to smooth out the issue. The ladies settle down for their Mexican feast, where Ramona schools the staff on the correct temperature of the wine. Leah expresses her discontent on being left out of the group text. The housewives head to the city the next day and Leah gets ready for work. Leah explains that the sky is the limit for her clothing company.

Ramona visits a psychiatrist and starts flirting with him while discussing her problems regarding men. Luann is rehearsing for her Cabaret. Leah and her mom try to sort out their issues with the latter saying that she will never support her daughter drinking. During the night of Sonja’s launch, she is the only one excited. She wants to prove everyone wrong. Luann also reaches the venue in spite of being stood up earlier by Sonja. Sonja delivers a speech on her line and then expresses how she is thankful for her journey and for the girls, who are always by her side.