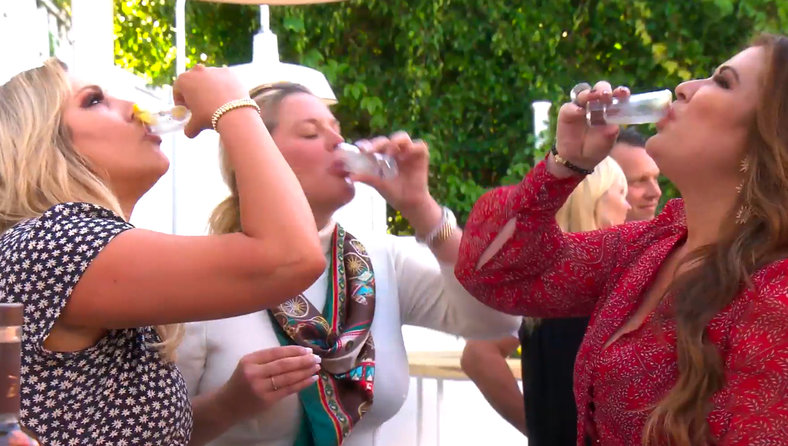 This week’s episode of ‘The Real Housewives of Orange County’ season 15 is called ‘The Great OC Escape’. Elizabeth hosts a getaway trip for the ladies to Lake Arrowhead. However, because of the COVID-19 restrictions, not everyone is able to make it. Brauwnyn continues on her journey toward sobriety and at the same time, struggles to adjust to the new normal within the group and in her marriage. The women relax during the outing and then have a discussion about the Black Lives Matter movement.

Well, more on that later. But the events of the 10th episode has definitely upped our anticipation levels for the next part. So, without further delay, let us check out the details of how, when, and where to watch the 11th episode of ‘The Real Housewives of Orange County’ season 15!

‘The Real Housewives of Orange County’ season 15 episode 11 will release on December 23, 2020, at 9 pm ET on Bravo. New episodes will land every Wednesday at the same time slot.

Where to Stream The Real Housewives of Orange County Season 15 Episode 11 Online?

If you are in the US, you can easily catch up on the latest episodes of ‘Real Housewives of Orange County’ at 9 pm ET on Bravo every Wednesday night. Needless to mention, you will need a cable package. If you have a cable login, you can catch the season on-demand or online at Bravo’s official website.

Emily informs Kelly that she cannot be a part of the upcoming trip to Lake Arrowhead, organized by Elizabeth. She has tested positive for COVID but Shane tested negative. Shannon cannot join as well since three of her daughters have the virus. Braunwyn gets ready and says goodbye to Sean: “If I call you, answer the phone! It means I’m having a breakdown!” The ladies finally reach the Lake Arrowhead house, which has ‘Friday the 13th’ vibes. At Orange County, Shane is extremely sick.

Emily is feeling better and tries her best to take care of Shane and the kids. During the vacation, the conversations turn to police brutality and the BLM protests. When the ladies head to sleep, Gina’s bedroom is discovered to have a bug infestation. Emily takes Shane to the emergency room. When she gets back home, she gets a text from Shane: “This is worse than prison. Every hour is like a fight to live.”