The Real Housewives of Salt Lake City: Everything We Know 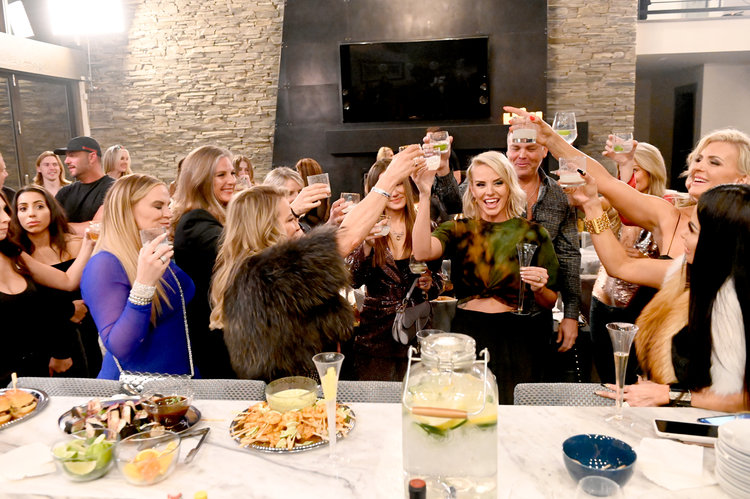 Bravo has got “no chill” when it comes to expanding its superhit ‘The Real Housewives’ franchise – which simply shows no signs of slowing down! Yes, the channel has onboarded the tenth installment from the flagship franchise, namely, ‘The Real Housewives of Salt Lake City’. As you can guess, the show is based on the lives of a bunch of privileged women, residing in the titular capital of Utah.

That being said, you must be curious about what this juicy reality drama has in store for fans. Most importantly, who are its cast members, and when will the series drop on Bravo? Well, we have all of your answers!

‘The Real Housewives of Salt Lake City’ season 1 is slated to premiere on November 11, 2020, on Bravo at 10/9c, with an episode titled ‘Welcome to Salt Lake City’!

The Real Housewives of Salt Lake City Cast: Who is in it?

‘The Real Housewives of Salt Lake City’ stars Lisa Barlow, Mary Cosby, Heather Gay, Meredith Marks, Whitney Rose, and Jen Shah, as the lead ladies. Lisa has been in Utah for two decades now. She is originally from New York and owns a marketing company and various tequila brands. She is best friends with Meredith. Mary is a Pentecostal First Lady who is the heiress of her family’s empire – consisting of churches, restaurants, and more. She is married to Robert Cosby Sr. and has one teenage son.

Heather was a devout Mormon from birth, but after her divorce, she has distanced herself from the Church. She describes herself as a “good Mormon gone bad.” Heather is a mum to three daughters and owns a Med-Spa business, Beauty Lab and Laser. Meredith is a celebrity jewelry designer who has her own store in Main Street, Park City. She has been married for over 25 years to Seth.

Whitney is a descendant of Mormon Royalty, but she has been trying to get away from the clutches of religion for almost ten years now. She is married to Justin and has two kids, Bobbi and Brooks. She owns a skincare line called Iris and Beau. Finally, Jen is a Tongan and Hawaiian who has grown up in Salt Lake City. Later, she converted from Mormonism to Islam. Jen has two kids, and her husband’s name is Sharrieff. She is the CEO of three marketing companies.

What is The Real Housewives of Salt Lake City About?

‘The Real Housewives of Salt Lake City’ gives us a sneak peek into the lives of a bunch of privileged ladies who reside in the titular city. The show follows the women as they juggle between their family, a vibrant social life, and professions. However, amidst the drama and gossip, the housewives also have to deal with religion since the Mormon Church is deeply ingrained in their culture. Despite the religious beliefs, these ladies are trying their best to live life to the fullest – building luxury homes, going on shopping sprees, and managing multi-million-dollar businesses.

Moreover, with Hollywood’s Sundance Film Festival as the backdrop, the housewives are used to building connections with A-listers. As outlined by Bravo, “Here perfection is not an aspiration, it’s a mandate. They hold themselves and each other to an extremely high standard and never hold back when things go sideways, but lord knows they are always there for each other when they need it most.”

Read More: Who is the Richest Cast Member of The Real Housewives of Orange County?