Will There Be More of ‘The Red Shadows’? 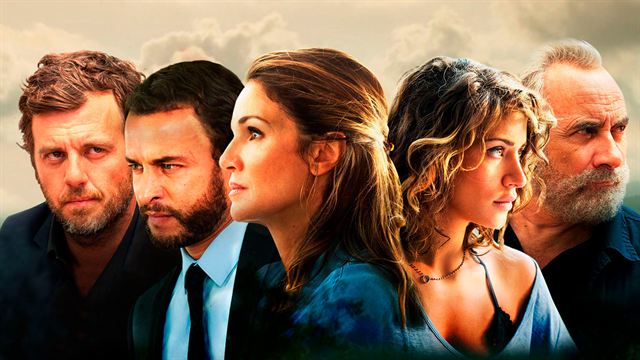 ‘The Red Shadows’ is a crime drama that follows the lives of Clara and her family, as she returns to her hometown after 25 years. Sounds pretty basic? Well, Clara family and loved ones have been living under the presumption that Clara is dead, since she went missing at the age of 5. Now, Clara and her sister focus on unraveling the mystery around her kidnapping, which also opens closed family wounds.

The writer who has penned the script for ‘Sama,’ Sébastien Le Délézir, serves as the creator and co-writer of the show, while  Christophe Douchand (‘The City of Lost Children’), and Corinne Bergas (‘Candice Renoir’) are at the helm of this family drama.

The first season of the French show had already premiered in 2019 in France, opening to favorable reviews. The show was lauded for its effortless presentation of the whole back-from-the-dead theme without stereotyping it. Doing the same then gave us a drama that touches the surface level of the highly acclaimed, ‘The Returned’ (French show: ‘Les Revenants’).

The Red Shadows Season 2 Release Date: When will it premiere?

The Red Shadows season 1 premiered on Thursday, January 23, 2020, on Sundance. The show consisted of six episodes with a runtime of 50-60 minutes each. It then wrapped up with its finale on February 27, 2020.

The conclusion of season 1 leaves viewers wondering as there are more of the Garniers’ stories to be explored. Clara is still looking for some answers and needs time to bond with her family. We also want more details about her backstory. Hence, as far as the plot is concerned, a season 2 seems likely. Even if we go by ratings, the series gives enough scope to be continued, considering that it was fairly well-received by critics and fans alike.

If renewed, we can expect ‘The Red Shadows’ season 2 to most likely premiere sometime in January 2021 in the US.

The Red Shadows Cast: Who is in it?

The show features Nadia Farès as Aurore Garnier Paoletti, who is best known for ‘The Crimson Rivers’ and ‘Wasabi.’ ‘Burn Out’ star Manon Azem essays the character of Aurore’s long lost-sister Clara.

‘All Girls Are Crazy’ fame Antoine Duléry appears as Jacques Garnier, while ‘The Guilded Cage’ actor Lannick Gautry plays Gabriel Garnier. Raphaël Lenglet enacts the role of Frédéric Garnier. He is known for his notable performances in ‘Elle’ and ‘High Lane.’

In season 2, we expect most of the cast members to reprise their original roles, barring Nadia Farès, whose character Aurore’s storyline ends in season 1.

The Red Shadows Plot: What is it About?

In the year 1993, a 5-year-old cheerful and spirited girl Clara Garnier is abducted by a notorious group. In exchange of releasing her, the kidnappers ask for a lofty ransom. On the day of the Clara’s return deal, things go south and her mother gets killed. Clara disappears into thin air and even after a lot of investigation and search operations, the family fails to find her. Clara’s sudden disappearance invites a lot of public scrutiny, causing real anguish to the Garnier family.

Now, it’s been 25 years to the tragic incident, and things seem to have finally settled down in the Garnier household. But don’t get used to it. During an ongoing murder investigation, Clara’s elder sister, officer Aurore, stumbles upon evidence that prove Clara is still alive somewhere.

Soon Aurore discovers that her sister Clara is living in Italy, with a different identity. Moreover, Clara isn’t even aware of her real family, that is, until Aurore flies down to Italy against the wishes of her father and brother, to bring her sister back. Aurore succeeds in convincing Clara to come home to her loving family and also to help Aurore unravel the truth behind the 25-yr-old kidnapping.

As much as Clara’s return brings joy, it does bring an equal amount of pain. Clara’s homecoming sparks a series of vicious events and also unravels mysterious family secrets.

Toward the end, the story ends on several twisted notes. Aurore is murdered by her husband’s mistress Jeanne while the latter confesses that she is the Baptisti’s mole. Jeanne is sent off to prison. We also learn that Grandpa Garnier was the main man who had orchestrated Clara’s kidnapping, who is then killed by Fred.

So what can we expect in season 2? Well, there are multiple questions that need answers. We never learn who is Clara’s biological father and neither does Thelma get any absolution. So, we hope that the second season, when it’s announced, will resolve all of these loose threads.

While we wait for an update on season 2, you can check out the first look of ‘The Red Shadows’ season 1 below: