Dave Franco‘s directorial debut ‘The Rental’ is a horror film that avoids beating around the bush. It relies on simple plot points and aspires to scare its viewers by showing how human behavior, in itself, can be a lot more destructive than the intentions of a psychotic serial killer. Quite purposefully, the film leaves a viewer with more questions than answers. So let’s break down the ending of the film to understand what its filmmakers intend to achieve through its ambiguous conclusion.

‘The Rental’ is about two couples who decide to book a beautiful seaside home for the weekend. When they first arrive there, everything seems just fine except for the unpleasant behavior of their racist homeowner. Still, the couples try to ignore him and make the best out of their mini-vacation. Things get a little dicey when, after a night of partying, Charlie and Mina have forbidden shower sex while their partners, Josh and Michelle, are asleep. The next morning, Charlie and Mina try to bury the incident and promise that they’ll never bring it up again. Little do they realize that this one night of infidelity will cost them their lives. 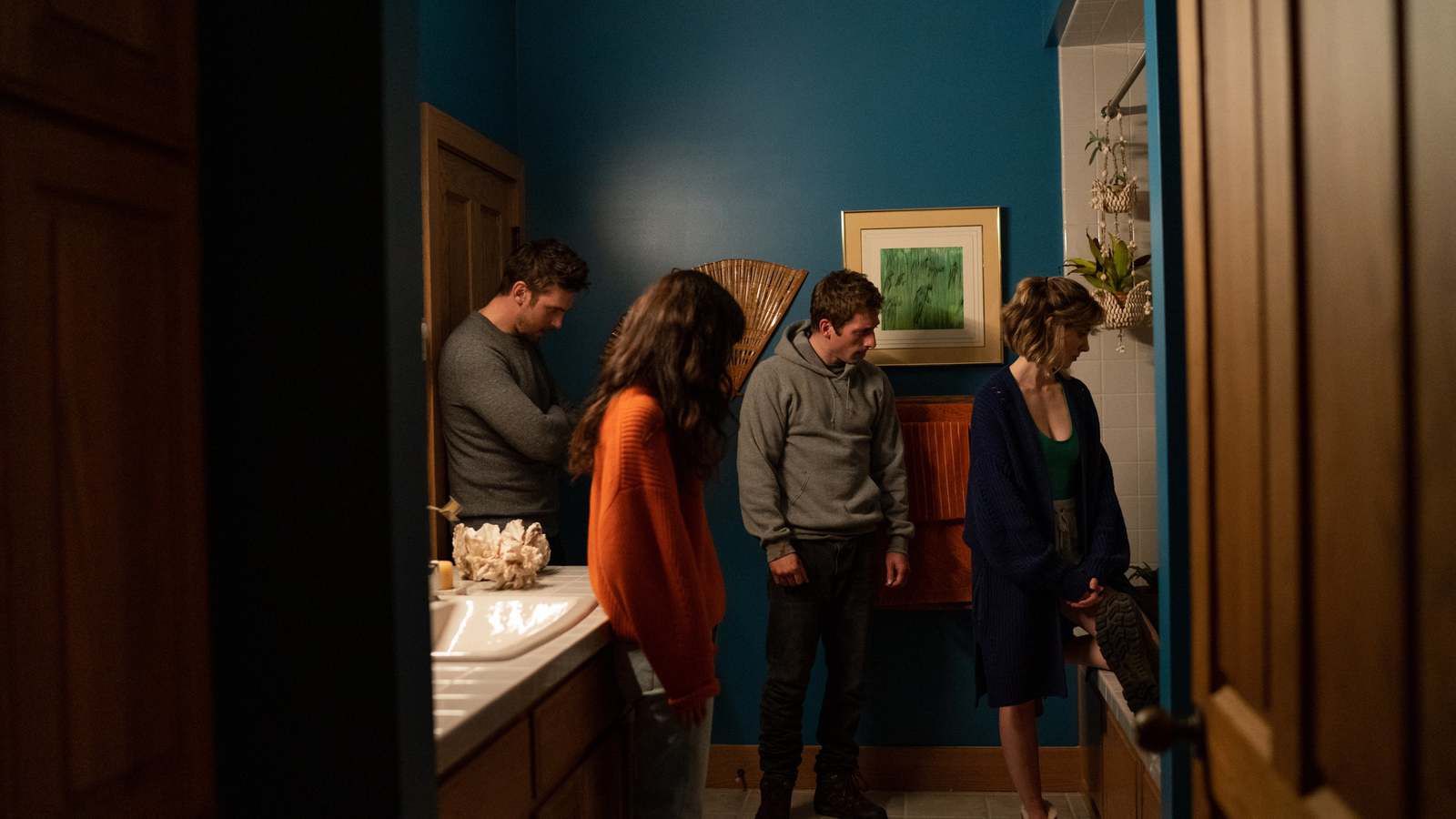 In the final act of the movie, Mina discovers a tiny camera in the showerhead of their bathroom. This makes her realize that someone is not only watching them but also knows about her acts of infidelity. Afraid that their partners will figure out their little secret, Mina and Charlie decide to keep Josh and Michelle in the dark and don’t tell them about the cameras. In the meantime, Josh’s dog goes missing, while Michelle invites the homeowner to fix their broken hot tub. When the homeowner shows up, Josh confronts him by asking him about his dog, Reggie. But the owner simply denies knowing anything about the dog. After fixing the tub, just when the owner is about to leave home, Mina takes him to the bathroom and tells him that she knows about the camera. Yet again, the racist owner denies knowing anything about her accusations.

Things start spiraling down for the couples when Josh loses his shit and beats the owner unconscious. While the couples think of what they should do next, an unknown man sneaks inside the home and asphyxiates the homeowner to death. The four return to the bathroom and assume that Josh’s beating killed the owner. And so, Charlie, Mina, and Josh head over to a nearby cliff to throw away his body in the ocean. Michelle, who sticks to her morals and stays back at home, hears the sound of a shower coming out of the living room. When she gets there, she finds the footage of Charlie and Mina’s steamy night playing on the television.

When Charlie, Mina, and Josh return home, they find Michelle leaving with their car, without saying a word. Soon after this, while the other three frantically search the home for the recorded footages, Michelle crashes her car in the woods. She texts Charlie for help, but that’s when a masked man shows up and kills her, while Charlie comes looking for her in the woods. Soon, even Charlie meets the same fate. Back at home, Josh receives texts from Charlie’s phone that prove Mina and Charlie’s sexual encounter. When the door of the house opens up, Josh rushes down, assuming that it’s Charlie. But before he knows it, the masked killer pops out of a closet and smashes his head with a hammer. Mina, being the only survivor, rushes out of the house, into the misty woods. But during this adrenaline-fueled chase, she accidentally falls off a cliff. 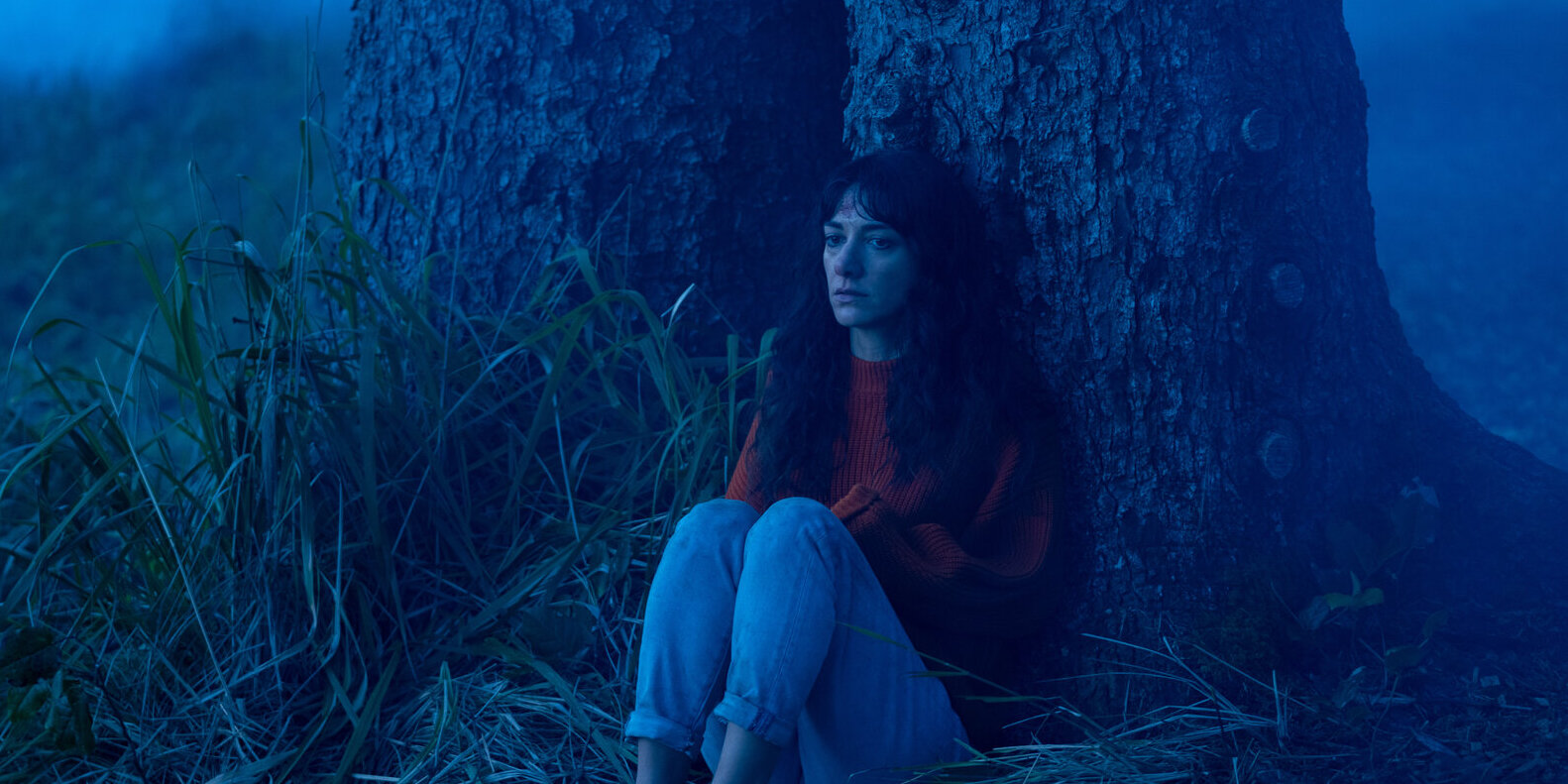 When the killer looks down the cliff, he doesn’t find Mina’s body. So it is possible that she somehow grabbed on to a tree (or something) on her way down. Even so, even if she did survive, Mina wouldn’t be able to tell about the incident to anyone; not even the cops. Here’s why:

After getting rid of Mina, the killer heads back to the home and removes all of his cameras. By doing this, he gets rid of all evidence. So even if Mina survives and reports this incident to the cops, no one would believe that a mysterious serial killer came out of nowhere and killed everyone. In fact, she would become the primary suspect of the crime. 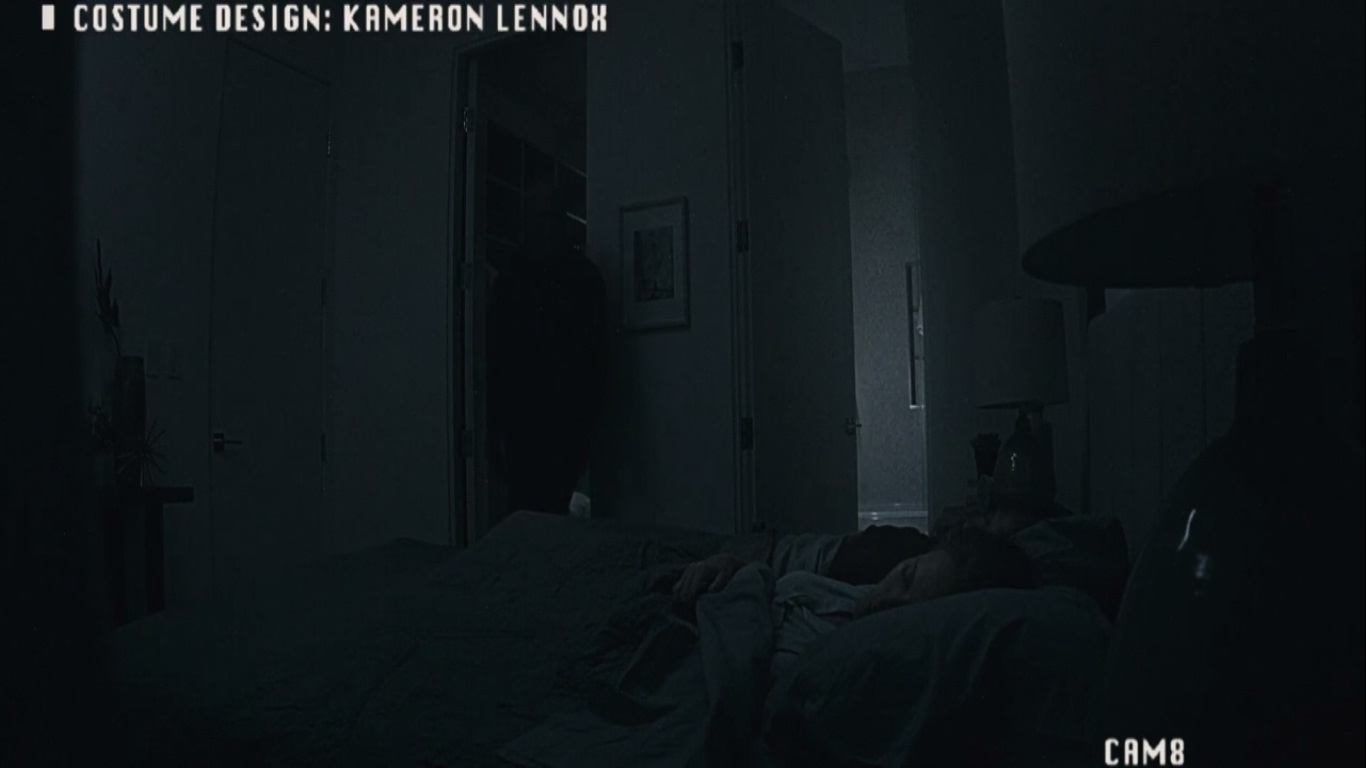 In the credits scene, the killer moves to a whole new apartment and meticulously starts planning another one of his killing sprees. He installs cameras in showerheads and every possible orifice of the home. The next scene then shows that he has done the same in several different homes and is now looking for the right opportunity pounce on new victims. In the closing scene, he jumps out of the dark and attacks a sleeping couple. The makers of the movie intentionally don’t reveal the identity of the killer. They do this to evoke a sense of realism. Now, if you think about it, successful serial killers films often feel morbidly real because they harp on fears that hit home for most people. ‘The Rental’ intends to evoke a similar kind of fear by showing that the masked killer could very well be real.

Other than that, the film also upends other stereotypes of the usual fare of similar movies. In most other slashers, the pet dog is the first one to die. But in ‘The Rental,’ the dog is ultimately the only survivor. Moreover, the film also makes a viewer feel extremely helpless by showing that the couples in its story always had the option of calling the cops. But they kept digging their own graves in an attempt to bury their secrets.