When Will The Resident Season 3 Episode 12 Premiere? 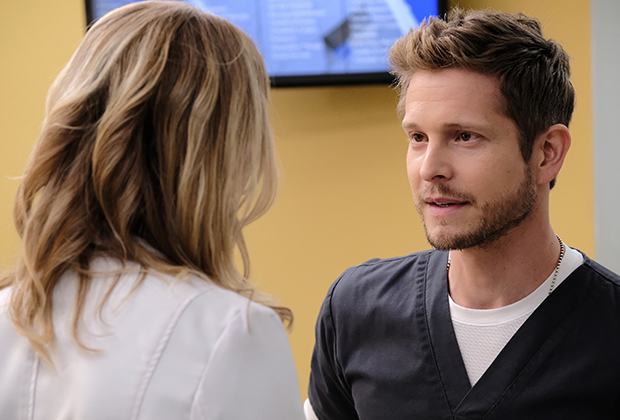 The Resident, after its third-season premiere on September 24, 2019, is already an instant hit. With a major death in the first episode itself, the medical drama poses high expectations for fans. With shifting dynamics and new love interests, there are life-changing transformations for many of its characters.

Devon decides to finally free himself from Conrad’s wing and establish his own residency. Of course, this leads to increased conflicts but the story expands to include several more twists.

After a brief hiatus and its fall finale airing on December 17, 2019, ‘The Resident’ Season 3 landed with its winter premiere (episode 11) on January 7, 2020. Let’s now take you through how and when you can watch the upcoming episode, i.e The Resident season 3 episode 12.

The Resident Season 3 Episode 12 Release Date: When Will It Premiere?

The official description of episode 12 gives us a gist of what can be expected from the story. It says: “Nic and Mina treat a patient with a failing heart VAD at their non-profit clinic three hours outside of Atlanta, forcing them to find a new battery in time to save her life. Conrad gets a call from a previous patent in crisis after being sued by Red Rock for medical expenses he can’t afford. Meanwhile, Devon’s VIP patient, Nadine, returns to the ER and Cain tries to get close to Bell’s business partner from the supplement company.”

You can also catch the promo trailer for episode 12 below:

Where to Watch The Resident Season 3 Episode 12 Online?

You can catch the latest episodes of The Resident season 3 on tv as and when they air on Fox, at 8 PM ET.

The next option is to catch all the aired episodes on Fox’s official website. Without cable, you can live-stream the series on Hulu, Vudu, and DirecTV.

Episode 11 is titled ‘Free Fall’ and it is mostly about Conrad and the aftermath of him being fired from Chastain. He wonders what he is when he is not a doctor and this emotion pushes him further into gloom and melancholy. Finn steps in to offer the much-required moral support and boost Conrad’s positivity.

The two then go on a zero-gravity adventure and Conrad starts realizing his potential. Meanwhile, Chief of Surgery, Cain, accompanied by Logan, launches the new commission-based pay system, explaining: “The more procedures, biopsies, test diagnostic surgeries you do, the more money you’ll make.”

AJ does not support this policy as he is aware that it would “lead to rampant over-treatment.” On the other hand, a pulmonologist performs a procedure for one of Devon’s patients and when this causes aspiration pneumonia, it poses a danger to the patient’s life.

AJ and Cain have an argument regarding a high-risk procedure to treat Annie. After agreeing to go through the surgery, AJ and Nic inform Annie about all the involved risks. After the process, AJ reminds Cain of a surgeon’s responsibility by saying: “We cut people open. We inflict wounds to make them better. They trust us with their lives. And I don’t cut for the sake of cutting. I don’t do it for the prestige or the cash or the stats or the RVUs. I do it for the patients.”

Toward the end, we see Conrad with a new resolution of not giving up so easily. He says: “These Red Rock people, you’re going to have to bring more than a slingshot to this fight. It’s going to get ugly. For all of us. I just want to make sure you know what we’re up against.”