The Resident S3 E13: Everything We Know 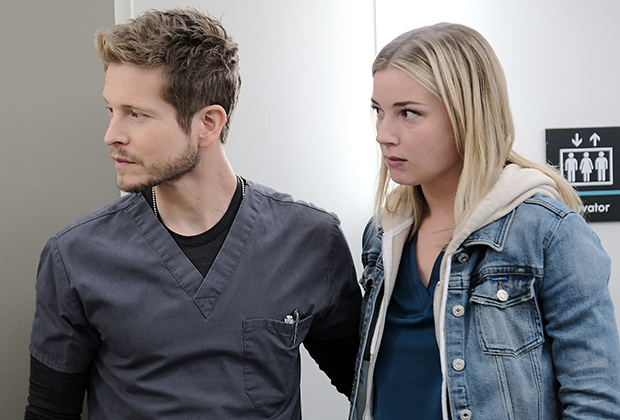 The Resident can be branded as one of the best medical dramas when it comes to the American healthcare crisis. If fact, it puts a humane face on regular medical incidents and ends up making us sympathetic toward such issues. Season 3, which is currently on-air, takes this story further, with the major protagonists undergoing some major life transformations.

The 12th episode which premiered on January 14, 2020, follows Conrad as he slowly gets over his turmoil after being fired from Chastain. If you have watched it, you will already know that it is packed with multiple other satisfying moments. Let’s now take you through how and when you can watch the upcoming episode, i.e The Resident season 3 episode 13.

The Resident Season 3 Episode 13 Release Date: When Will It Premiere?

The official description of episode 13 gives us a gist of what can be expected from the story. It says: “Upon meeting with a high-profile soccer player suffering from mysterious symptoms, Conrad ends up back at Chastain and faces an angry Logan Kim (guest star Rob Yang). When Bell and the Raptor come up empty-handed in regard to a diagnosis, the doctors take note of how talented Conrad truly is. Nic springs into action when she notices Kyle falling into a deep depression and fears he could be suicidal. Meanwhile, Devon butts heads with Irving (guest star Tasso Feldman) over patient space and Mina realizes she has become attached to baby Michelle.”

You can also catch the promo trailer for episode 13 below:

Where to Watch The Resident Season 3 Episode 13 Online?

You can catch the latest episodes of The Resident season 3 on tv as and when they air on Fox, at 8 PM ET.

The next option is to catch all the aired episodes on Fox’s official website. Without cable, you can stream the series on Fubo, Hulu, Vudu, Amazon Prime Video, YouTubeTV, and DirecTV.

Episode 12 is titled ‘Best Laid Plans’. While Mina and Nic, accompanied by a new nurse, attend to rural patients on the outskirts of Atlanta, Conrad receives a call from a former patient named Archer who requests him to look out for his wife. On hearing this, Conrad rushes to Archer’s home and saves him just as he is about to commit suicide.

Meanwhile, in the ED, Devon and his newly recruited intern tend to Nadine, who appears to have a crush on Devon. Archer confesses that he is stressed over his huge medical bills and has no cash even to pay for an ambulance. Conrad offers his help and calls an ambulance but until then Archer shoots himself.

Devon attends to another patient who is suffering from the effects of intaking Colloidal Blue whereas AJ flirts with Bell’s friend. Nic looks after another teenage patient, and Jessica resumes work, but she is still in recovery and sometimes forgets words — prompting Bell to cover for her.

Nic’s dad consoles Archer’s wife while Archer is in surgery. Bell comes out from Archer’s surgery and when Conrad informs him about the issue of the bills, the former says that he will not charge his patient. AJ tends to Bianca while Devon shares some intimate moments with Nadine. Toward the end, Nic and Conrad decide to take the night off and spend some alone time together.