The Resident S03 E18: Everything We Know 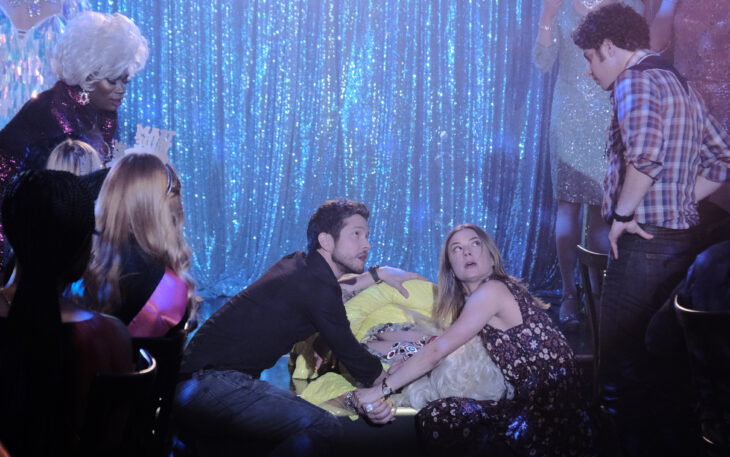 Last week, in The Resident, we went on a romance-packed hourly ride, with Conrad proposing Nic. So, of course, all Conrad-Nick shippers were immensely elated. Even Irving popped the question to Jessica while he went all Shakespeare style — verses and everything. This week, the show is back to normal where the Chastain team tackles another bunch of medical cases — one of them being about a drag queen named Doll E. Wood. More on that later.

Now if you are already done with the drama which unfolded this week, it’s time to get ready for the next episode. Let’s take you through how and when you can watch the upcoming episode, i.e The Resident season 3 episode 18.

The Resident Season 3 Episode 18 Release Date: When Will It Premiere?

We also have the synopsis for episode 18, which goes as follows:

“Conrad finds himself caught between his duties as a doctor and his loyalty to Kit when he discovers that her son-in-law may be suffering from a serious disease. While moonlighting at a long-term care facility, Devon and Nic make a shocking discovery about a former patient who fell victim to Cain’s manipulative practices. Meanwhile, after jumping into a new opportunity as a TV doctor, Bell is left without any surgeries and The Raptor brings him in to help on an important case.”

You can also catch the promo trailer for episode 18 below:

Where to Watch The Resident Season 3 Episode 18 Online?

You can catch the latest episodes of The Resident season 3 on tv as and when they air on Fox, at 8 p.m ET. The next option is to catch all the aired episodes on Fox’s official website.

In episode 17, after Nic accepts Conrad’s proposal, the couple reaches a drag bar where they meet an old friend named Evan. In the midst of the performance, the star Doll E. Wood collapses. Nic and Conrad immediately admit her at Chastain. After a few tests, Conrad diagnoses that Doll E. Wood is suffering from hypercalcemia.

Bell and Evan subsequently inform Doll E. Wood that she will need a surgery that could alter her voice. Although the latter refuses in the beginning, Bell is slowly able to convince her to go through the procedure.

In another scene, Nic meets a young girl who she suspects is a victim of child trafficking. It seems she had run away and was then trapped in the prostitution ring. After learning about her story, Conrad leaves the room so that he can call child services but is attacked by the man who had been holding the girl. Conrad is able to tackle him down and eventually hands him over to the cops. The girl is safe and goes back to start a new life.