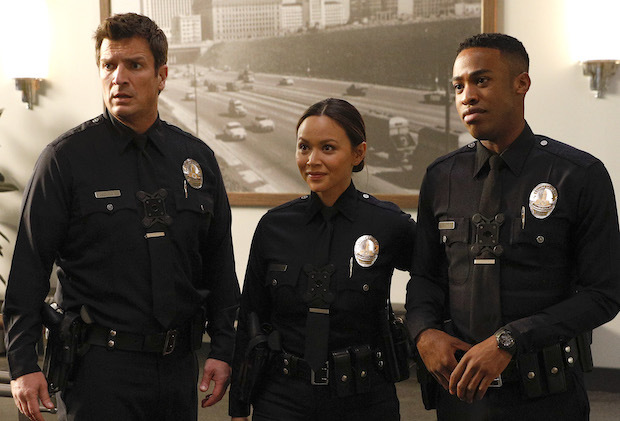 In episode 11 of The Rookie, which landed last week after an 11-week hiatus following its fall finale, we finally got closure on Officer Lucy Chen’s fate. She survives the abduction and is safe. But that does not mean the drama is over for this police procedural drama, which is currently airing its second season. This week’s episode 12 introduces yet another storyline, packed with multiple twists and turns — something that we have covered in our recap section.

Now, if you are already done with the last episode, it’s time to get ready for another high-octane week. Read on to know the tune-in times and streaming details of The Rookie season 2 episode 13.

The Rookie Season 2 Episode 13 Release Date: When Will It Premiere?

Its official synopsis goes as follows: “Nolan is given some life-changing news and invites Grace over for a homecooked meal in his newly remodeled kitchen. Meanwhile, each unit is tasked with following up on dormant cases in the hopes they can uncover new leads.”

Where to Watch The Rookie Season 2 Episode 13 Online?

Episode 12 begins on a good note, with Lucy informing Jackson and John that she has been declared fit to resume her work. Tim then partners Lucy up with a female officer named Harper while John is at a loss when his fiancée shows up at the precinct with his son in tow. She informs him that she wishes to join the force and wants to witness how a day in the job looks like. Meanwhile, John’s son Henry informs his dad that he does not want his mum to be a cop toward the end of the day. He is finding it difficult enough to deal with the fact that his father is a police officer. John is teamed up with Tim, and the latter, after knowing that they have a ride-along, is not pleased.

Tim and John’s first stop is a jumper. They cannot save him and deliver the news to the victim’s family. But when they are interfered with by a friend of the jumper, who starts a fight, they arrest him. On the other hand, Tim tells John that the latter’s fiancee has showcased a good start. But when John reveals her shady past, Tim admits that it would be difficult for her to get into the academy.

Harper, Angela, and Lucy go to a girl’s night. The following day, Harper reveals before Lucy that she was raped by a fellow cop. Meanwhile, Tim and John conclude that the jumper was pushed off from the balcony by the same person they had arrested earlier. Finally, Tim catches up with Lucy and tells her that the tattoo on her abdomen, which had been engraved by her sadistic captor, need not be a reminder of the day of her apparent death. But it can be proof that she got a chance to restart her life once again.

Read more: 7 Best Shows Like The Rookie You Must See