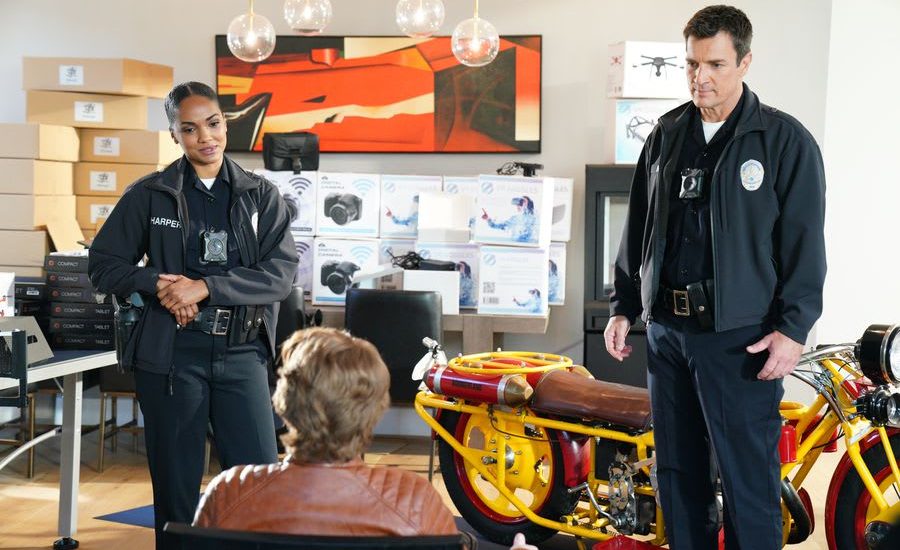 ‘The Rookie’ season 2 made a return with its 17th episode this week, after a brief hiatus. Just when we thought our favorite cop drama is on-air again, we received this bad piece of news. There is no new episode of ‘The Rookie’ airing next week. Yes, the show has again gone on a hiatus. So when will the series come back on tv screens? Read on to know the tune-in times and streaming details of ‘The Rookie’ season 2 episode 18.

The Rookie Season 2 Episode 18 Release Date: When Will It Premiere?

Its official synopsis goes as follows: “Officers Nolan and Harper are tasked with escorting four juvenile offenders to a Scared Straight program at a correctional facility that quickly becomes a riotous situation. Meanwhile, Nolan is uncertain about his relationship with Grace after she fails to introduce him to her ex-husband.”

Where to Watch The Rookie Season 2 Episode 18 Online?

Our recommendation to enjoy spoiler-free episodes of ‘The Rookie’ is to tune in to ABC with a cable subscription and watch the season on your television screens at the aforementioned time slot. With an active cable login, you can also catch the latest episodes the day after they air on the ABC official website.

In episode 17, Lopez and West respond to a call where a woman is found dead with blood on the side of her head. Her husband is in the crime scene and says that he found her body like this. Meanwhile, Harper and Nolan witness a drug deal going down. The deal is being orchestrated by Bianca and the officers arrest her. She reveals the seller’s name, which is Curtis.

Chen and Bradford, meanwhile, tackle a crook who was trying to steal from some girls. On the other hand, the DEA informs Nolan and Harper that they will take Biance into custody in order to bust the drug gang. In the case concerning the dead woman, Lopez and West question the neighbors and learn about a suspicious car being seen in the vicinity. They inform detective Calderan about the same but the latter strongly suspects the husband.

Harper poses as a girl named Crystal and approaches the drug seller to buy all of his fentanyl. Calderan finds out that several people had made massive withdrawals and got robbed the next day. The cops trace the killer to a bank teller, who had mistakenly ended up killing the woman. In another scene, Bianca is arrested and placed in prison for putting the whole mission in jeopardy.

Read More: 7 Best Shows Like The Rookie You Must See