When Will The Salisbury Poisonings Season 2 Release? 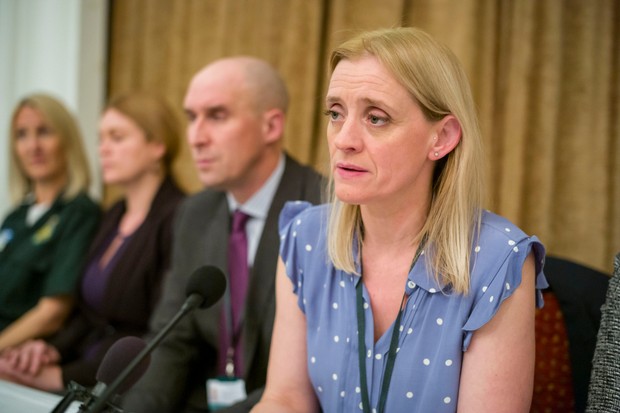 ‘The Salisbury Poisonings’ is a fact-based BBC series that became the channel’s biggest overnight new-drama launch in six years in the UK. The show was then picked up by AMC+ to air exclusively for its US audience. It narrates the incredibly unfortunate and true story of the Novichok Poisonings 2018 and the subsequent Amesbury Poisonings. It additionally describes the impact of this tragic incident on the affected community. With fans having binged on all the episodes of the first season at one-go, here is everything you need to know about ‘The Salisbury Poisonings’ season 2.

The Salisbury Poisonings Cast: Who is in it?

‘The Salisbury Poisonings’ features an excellent ensemble cast, portraying real people affected by the tragedy. The major characters who suffer from the incident are Tracy Daszkiewicz (Marie-Anne Duff), the former Director of Public Health of Wiltshire Council; and the Sturgess family members (Stella Gonet, Melanie Gutteridge, and Ron Cook), who lose their daughter Dawn (MyAnna Buring). We also have Charlie Rowley (Johnny Harris), Dawn’s boyfriend; and Detective Sergeant Nick Bailey (Rafe Spall). There are several other actors who play prominent supporting roles in the series.

The Salisbury Poisonings Plot: What is it About?

‘The Salisbury Poisonings’ tells the astonishing real story of how an unpredictable tragedy can shatter a community into pieces. It also narrates how ordinary residents and public services react to a crisis, that land, out of nowhere on their doorstep. To give you a bit of background into the real incident that inspires this tale – In 2018, Salisbury became the focal point of an unprecedented national emergency. The entire world watched as this British city faced one of the biggest political events of the 21st century.

Even though we already know about the tragedy, we do not know the stories of the people who emerged as heroes amid the crisis. After a failed assassination attempt on double agent and spy Sergei Skripal and his daughter Yulia, the authorities discovered that a poisonous, fatal nerve agent called Novichok was used to contaminate the city. Novichok is so potent that only half a teaspoon is enough to kill 20,000 people. And within four days, special agents found traces of the poison all over Salisbury. What’s more? The situation was further complicated when a perfume containing Novichok was found.