Will There be a The Secrets She Keeps Season 2? 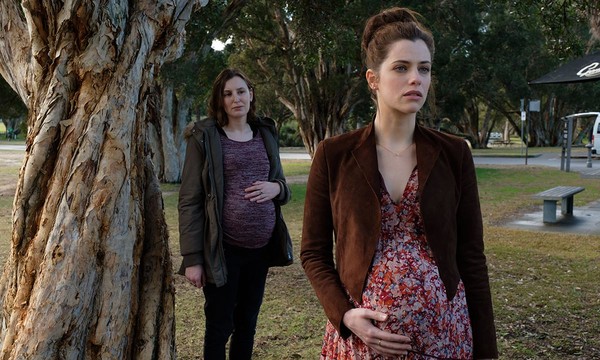 When it comes to psychological thrillers, there is no dearth of women protagonists who are expecting or already have kids. They might be on their quest for revenge or might be the potential victims of a murderer at loose. At times, they might even be carrying the spawn of Satan himself! Well, leaving aside the horror element, ‘The Secrets She Keeps’ is an Australian women-centric mystery-drama that keeps you hooked with its multiple twists. And the horrible truth? It is inspired by real-life incidents! Well, now that the show’s inaugural installment has reached its end, fans are wondering if there are more episodes to come. Read on to know about a potential season 2.

‘The Secrets She Keeps’ season 1 premiered on July 16, 2020, on Sundance Now. It consisted of six episodes. Prior to its US release, it aired in Australia from April 22, 2020, to May 27, 2020, on Network Ten. The channel is yet to announce another installment from the addictive thriller. Based on the eponymous novel by Michael Robotham, season 1, however, completely exhausts its source material. But because of the immensely positive response received from fans, it is highly plausible that we might see a follow-up edition. If that happens, we can expect ‘The Secrets She Keeps’ season 2 to premiere sometime in early 2021.

The Secrets She Keeps Season 2 Cast: Who Can be in it?

‘The Secrets She Keeps’ stars Laura Carmichael as Agatha Fyfle (a shop assistant) and Jessica De Gouw as Meghan O’Shaughnessy. Both Agatha and Meghan are expecting and they share the same due date. Joining them in other pivotal roles are Michael Dorman as Jack O’Shaughnessy, Ryan Corr as Simon Beecher, Michael Sheasby as Hayden Cole, Cariba Heine as Grace, Jenni Baird as Rhea Bowden, Hazem Shammas as Cyrus Haven, and Mansoor Noor as Jeremy Clay. Season 2 is expected to see most of the lead stars making a comeback.

The Secrets She Keeps Season 2 Plot: What Can it be About?

Novelist Michael Robotham who had written the original book that inspired the series had penned the story, based on true events from the early nineties. Baby Abbie Humphries was stolen from Queen’s Medical Centre hospital in Nottinghamshire. Her parents, Karen and Roger Humphries could not trace their child for the next 17 years. She was eventually found in Wollaton.

In ‘The Secrets She Keeps’, we see a woman named Agatha, who abducts baby Ben — son to Meghan and Jack. Toward the end, the cops are able to track down Agatha, and she agrees to hand over the baby back to his mum Meghan. But Agatha comes armed with a gun. After quite some twists, Meghan manages to take Ben to safety as Agatha threatens to shoot herself. It is eventually revealed that Agatha is in jail. In season 2, the story might take off from here, maybe, after Agatha’s release from prison. We will update this section as and when we learn more.