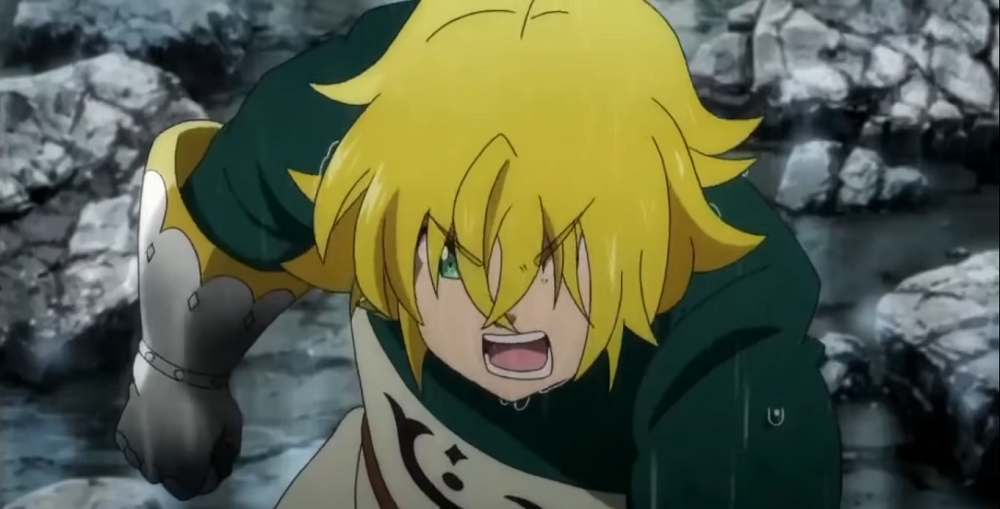 More often than not, even if an anime manages to do incredibly well in terms of production and fails to deliver a decent plot, it still lures a fair number of viewers. Unfortunately, this usually does not hold true if it’s the other way around. ‘The Seven Deadly Sins’ Season 4 has become a victim of a lot of hate over the past few weeks; most of which is directed towards the change in its overall production.

However, regardless of your opinion, if you think about it, Season 4, so far, has adopted an almost ideal pace and even comes off as a seamless continuation of the previous season. With episode 10, this season, yet again, shows some surprisingly linear progress.

In the previous episode, Elizabeth was starting to regain all the memories of her past. Episode 10 tries to make sense out of the whole Meliodas and Elizabeth dynamic by reflecting on their 3000-year-old relationship. As Elizabeth lays in bed, sick and injured from the curse that has been laid upon her, Meliodas recalls all the events that led them there. With all the Sins surrounding him in the room, he narrates how his relationship with Elizabeth was considered to be a sin since both of them belonged to two very different species. And as a punishment, the gods of their respective species decided to curse them. With this, Meliodas became immortal and the war came to an end while he was unconscious.

After this, Elizabeth is revived several times as different species and meets the same fate again and again, while Meliodas lives on forever. Merlin later suggests that in order to break the curse, he’ll have to revive the Ten Commandments, but Meliodas disagrees to take that big of a risk and seeks an alternative. Meanwhile, in the present events, Meliodas reveals it to everyone that, to lift the curse forever, he’ll have to die with Elizabeth. That’s when Zeldris finally appears and it becomes obvious that he intentionally wanted Elizabeth to regain all of her past memories. To stop Zeldris from meeting Elizabeth, Meliodas furiously charges at him and the episode comes to an end.

It’s a shame that even after having an intriguing storyline, many anime viewers are giving up on the fourth season of ‘The Seven Deadly Sins.’ And partially, I do agree with the sentiments of all the naysayers. As good as its story may seem, its awful visuals make the entire narrative a bit too bland. Contrarily, I don’t think the animation is half as bad as most viewers are claiming it to be. It’s just that a change in its Studio has heavily impacted its overall animation style and its screening time in Japan has forced the creators to create a more censored adaptation of it. Fans of the series who seem to have a problem with this should probably wait for Netflix’s dubbed version which will premiere in 2020.

At the end of the day, the whole notion of “bad animation” is subjective unless you’re watching an anime that is heavily relying on action scenes. ‘The Seven Deadly Sins’ is heading in that direction and that’s where its current “tolerable” animation will become a bigger concern. But as of now, its story arc is far too interesting to give up on. With tidbits of information on Elizabeth’s mysterious reincarnations in each episode and Meliodas’ unconditional love for her, the overarching story in moving objectively forward in a very interesting direction. So, for me, personally, Season 4 may not be perfect, but the amount of progress it has made in context with both its content and animation quality is quite commendable.