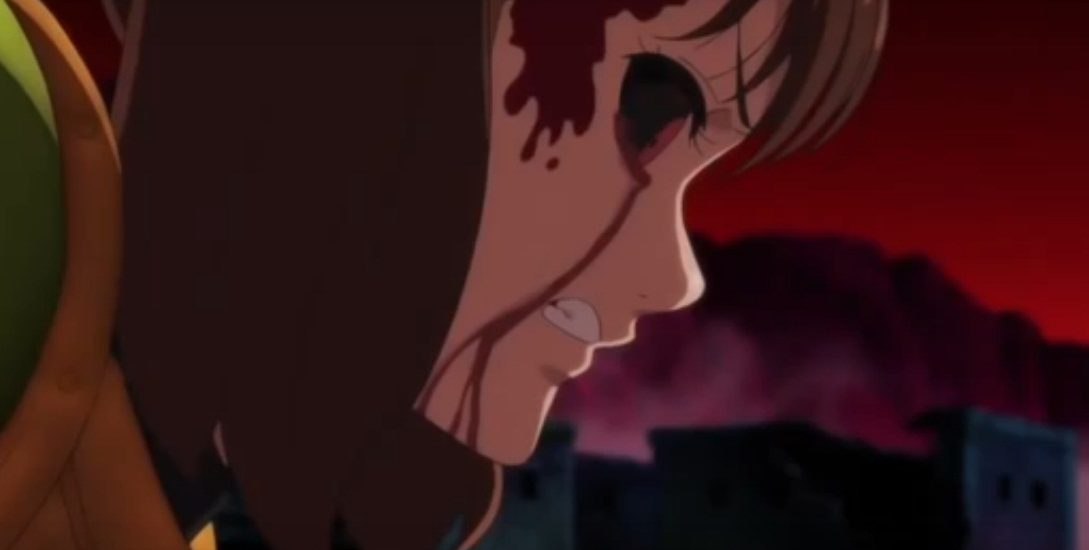 Unlike most fans of the series out there, I can’t help but appreciate the linear improvement that it has been making with each episode. It is, of course, no way better than most of its previous installments, but for a manga lover or even for someone who is watching it for its storyline, ‘The Seven Deadly Sins’ is unquestionably well done.

In the previous episode, all the Sins were on their way to the city of Coland and that’s when they ran into Zeldris. Episode 11 picks up from there and starts off with a battle between Meliodas and Zeldris. Before Zeldris can do anything to him, Meliodas attacks him with all of his power. To everyone’s surprise, it turns out that Zeldris was not even real. This is when Malascula reveals it to them that she was just trying to bait them through Zeldris. She then abducts Meliodas and takes him with her. The other Sins rush behind her into a bleak dark city where Meliodas is being taken.

The land of the city reeks of death and is filled with scattered skeletons. Soon, these skeletons rise from their perished existence and start attacking the Sins. While the Sins struggle to defeat these monsters, Meliodas returns and unleashes “hell blaze” on them. However, to his surprise, instead of killing them, his dark power recharges and the creatures and makes them even stronger. This is when King and Diane unveil their true newly-acquired strength and defeat the beasts. But the battle does not end there. Their dark souls get channeled into Diane’s body and end up possessing her. Diane turns against her own friends and starts brutally attacking all of them.

Worried that they might end up hurting Diane, the Sins avoid attacking her. Gowther even tires to get inside her head to convince her that she’s only being controlled by dark souls but nothing really works. That’s when Elizabeth returns and helps Diane get rid of her demons. In the end, it seems like the Sins might have a chance at saving Elizabeth as well.

Episode 10 ended with a promise of bringing us one of the most anticipated battles of this season. However, it turns out that the showdown between Meliodas and Zeldris was nothing but a cliffhanger and we’ll just have to wait a little longer to see that one. Even so, the eleventh episode brims with intense action scenes. In many of my previous reviews, I talked about my concern surrounding the action of this season. While I’ve admired almost every aspect of the storyline so far, I literally had no expectations from any of the battles of this arc; especially after looking at the subpar fight scenes of the initial episodes.

But now that I look back at all those previous episodes that played a key role in bringing this season down and I compare their lousy animation style with that of Episode 11, I can clearly see a substantial difference. There wasn’t anything exceptional about Episode 11 and even when it comes to the plot, the episode does not really make much progress. However, it has now become pretty evident that Studio Deen is still trying to rise up from the ashes. We’re almost halfway through this season, and from the looks of it, the rest of it will not be as disappointing as it was in the beginning.