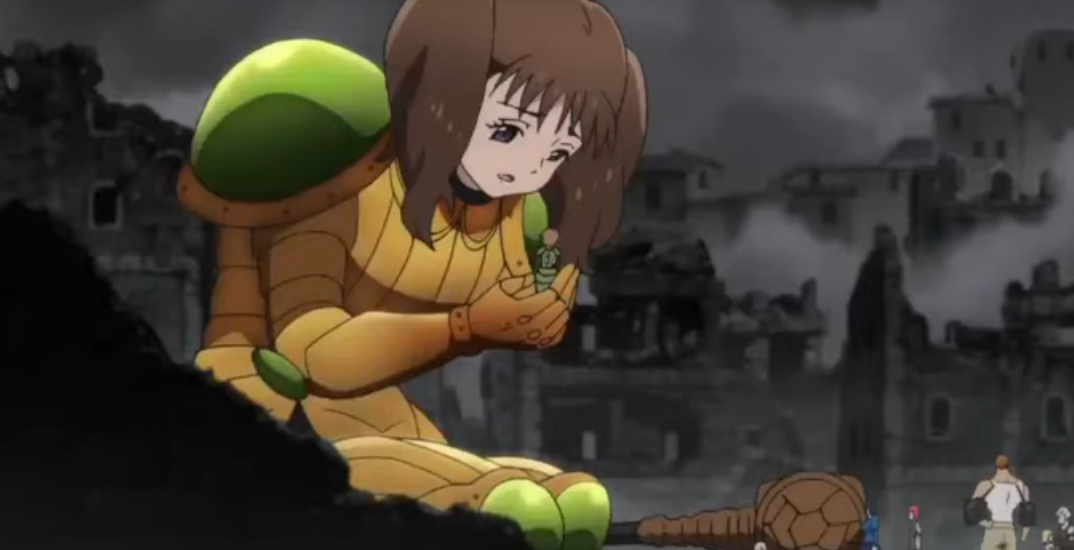 Viral clips and stills of ‘The Seven Deadly Sins’ are now starting to storm the internet and it’s pretty obvious why. After its debut back in 2014, the anime was an instant fan favorite and even the seasons that followed right after this, left fans craving for more. Now there are times when a show like ‘Psycho-Pass‘, which seemingly has an incredible production value, faulters with its animation quality. However, in the case of ‘The Seven Deadly Sins’, it’s not just one still or scene that is bothering fans, but it’s the sustained dreadful quality in the entire season that is now proving to be very problematic. This flub in its animation is now leading to its downfall.

Episode 12 of ‘The Seven Deadly Sins’ picks up right where the previous one left. After freeing Diane from her demonic possession, Elizabeth reveals it to everyone that she is now from the era of Queens and is the Royal Princess of Liones. This is when Melascula reveals a true form and turns into a giant serpent. When Ban confronts her, she pounces on him and tries to swallow him whole.

To save Ban, his sister tries to attack Melascula, but in her true form, she turns out to be extremely strong. Meanwhile, Meliodas unveils his true self and becomes the “leader of the ten commandments.” Realizing that he could be a potential threat to them, Escanor decides to fight him. While the Sins try to battle the serpent, Escanor tries his best to keep the new Meliodas under control.

The biggest drawback of season 4, since its inception, has been its subpar animation quality. However, until now, this was being overshadowed by all the intriguing character development that it was introducing in each of its episodes. In pretty much every other review of this season, I have expressed my concerns towards the action-centric arc of this season. And just like I had predicted, season 4 lacks the production quality that is necessary for pulling off a half-decent battle scene. The battle scenes in episode 11 were somehow watchable, but the ones in episode 12 are just horrendous. Even the actions scenes of the 90s anime shows like ‘Dragon Ball Z‘ and ‘Naruto‘ are far better compared to this season’s wretched representation of them.

The showdown between Escanor and Meliodas was supposed to be one of the most anticipated battle scenes of the season. However, its portrayal in episode 12 lacks any form of intensity that you would expect from it. At this point, I’m really starting to believe that the sole intention of this season is just to increase the sales of the manga. Why else would the creators of the show take such a lousy approach towards an anime that already has a pretty huge fanbase?

When it comes to the storyline, season 4 was just starting to look promising but moving forward, the plot itself will be heavily driven by the battles between the characters. And from what we’ve seen so far, Studio Deen clearly does not have what it takes to bring back what made this anime great in the first place. Leaving that aside, for viewers, there isn’t much left to look forward to. The only reason why I would personally stick around with this season is that I’m still curious about Elizabeth’s character and her relationship with Meliodas. Overall, season 4 is now starting to go completely downhill and I wouldn’t be surprised if the creators of the series end up canceling it after this season. With 12 more episodes to go, there is only little we can hope from this shounen.