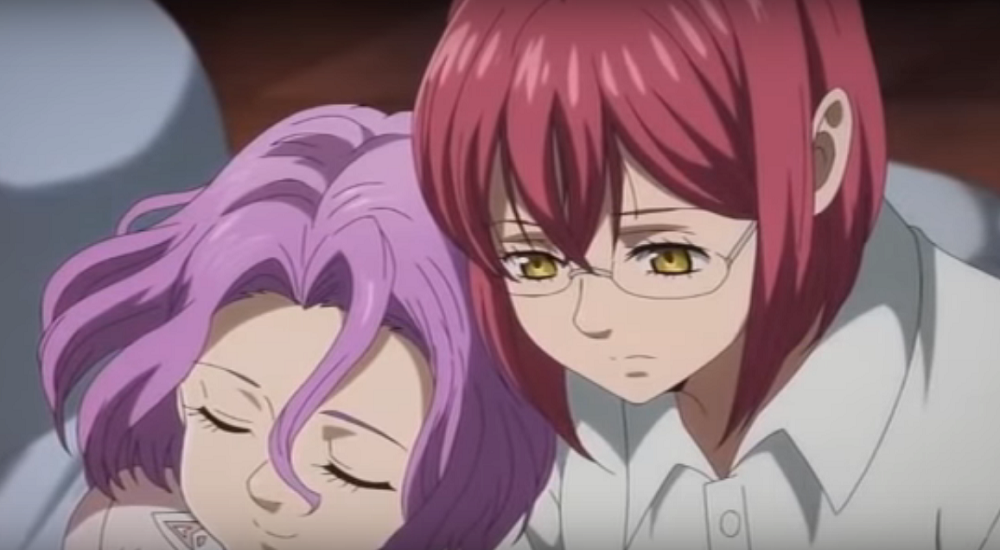 Since its inception, Season 4 has been all about the development of its secondary protagonists. Though its action scenes and overall animation have faltered throughout, it has been doing a great job with dwelling deep into the backstories and character dispositions of Diane and King. In the last couple of episodes, with some light foreshadowing, Season 4 has also been highlighting Gowther’s character. Episode 8 plunges into another character flashback of the season, and this time around, it entirely reflects on Gowther’s past.

While the whole flashback approach of this season is not exactly progressing the storyline any further, it’s good to see how the creators of this season are actually giving some deep motives to all of their antagonists. Moreover, these backstories are also establishing some solid groundwork for what this season could potentially offer later on.

Somewhere near the end of Episode 7, The King revealed Gowther’s real heart to the Sins and that’s when Gowther ended up running away from the scene. Episode 8 starts off with one of Gowther’s memories where he used to lurk in a cave all by himself, after being set free by his master. This is when he ran into a young girl named Nadja, who initially gets creeped out by him, but after realizing how innocent he is, she tries to be his friend and even offers him a book to read. To her surprise, since he is a doll, he reads the entire book in a matter of seconds and then he reveals his true heart to her.

Astounded by the sight of his metal heart, Nadja falls to the ground. She later wakes up in a hospital bed where Gowther surprises her with his nurse outfit. Soon after this, the two of them start spending a lot of time together, and even after knowing that he is a doll, something about Gowther really makes Nadja admire him. In the next few days, they fall in love with each other but Nadja’s condition just keeps getting worse. It turns out that she suffers from chronic heart illness and she’s slowly dying. During her last moments with Gowther, the two of them peacefully stare out of the hospital window and then slowly drifts away into a peaceful sleep.

Devastated by her death, Gowther completely loses his mind and tries to revive her by giving her his fake heart, but she never stills lays there motionless. With this, everyone blames Gowther for her murder and he is publicly executed. The episode then comes back to the present events of the series where Gowther still struggles to deal with the toxic memories of his past. Using his abilities, he tries to delete all of these memories but Elizabeth stops him. The Sins then surround him and make him realize that just because he has had a rough past, it does not mean that he should stop living in the present. This though awakens his true strength, and just like all the other Sins, Gowther transcends his own limits

In the current season of ‘The Seven Deadly Sins‘, every episode somehow seems to be better than its predecessors. Even so, it still lacks something very essential—a well-orchestrated storyline. As of now, with all of these backstories that seem to be going nowhere, Season 4 is starting to look directionless. But this itself, if executed properly, could later work in the anime’s favor. For now, as viewers, we’ll just have patiently wait and see how its storyline will further unfold in the episodes that will follow.

Though I’m not really holding my breath for it, after Gowther’s transformation in this episode, it all seems to be leading up to another showdown between the remnants of the 10 commandments and the Sins. If that happens, Studio Deen will have to level up the animation quality and at least bring it in par with that of Season 3. That’s something we can really hope for as viewers, but we can’t completely reckon on it. Studio Deen would have already done something about if it had to. Since the anime has introduced poignant backstories of all almost all the Sins, with only Escanor and Merlin left now, I won’t be surprised it Season 4 further plummets into their past as well.

The main theme of episode 8 is the romance between Nadja and Gowther. Though it feels a little rushed, Nakaba Suzuki’s plaintive narrative does strike the rights chords. Overall, it comes as no surprise that ‘Seven Deadly Sins’, despite being one of the most popular shounen of our time, has lost a huge chunk of fan following this season. Clearly, no great story can make up for an anime’s lack of production quality and vice-versa. However, there’s still some hope.