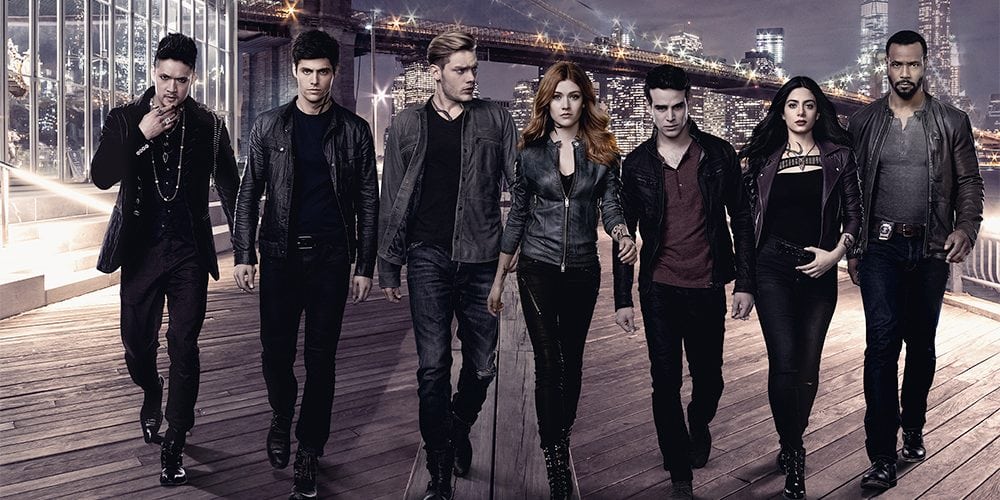 Television has a lot of supernatural content aimed at teenagers, including the show ‘Supernatural‘ itself, not to mention the likes of ‘True Blood‘ and ‘Vampire Diaries‘. ‘Shadowhunters’, also known as ‘Shadowhunters: The Mortal Instruments’ is an American supernatural drama television series that has been developed by Ed Decter, who was later replaced by Todd Slavkin and Darren Swimmer as the showrunners. The plot of the series is actually based on Cassandra Clare’s ‘The Mortal Instruments’, and if this name sounds familiar to you, it might be because you have seen the 2013 film ‘The Mortal Instruments: City of Bones’.

The series airs on Freeform and first premiered on January 12, 2016. It has also been picked up for international distribution by Netflix.

So what is ‘Shadowhunters’ about? It follows Clary Fray, who finds out on her eighteenth birthday that her normal life is a lie and she is actually a descendant of a long line of Shadowhunters, who are human-angel hybrids who hunt down demons. Although the show has managed to get nominated for quite a few awards, even winning a GLAAD Award, critics have not welcomed it too kindly, saying, ” ‘Shadowhunters’ boasts visual thrills and a potential-rich premise, but they’re not enough to overcome the show’s self-serious silliness and dull, convoluted plots.”

Shadowhunters Cast: Who is in it?

The star cast of the show is pretty huge. The cast of the show is led by Katherine McNamara, of ‘Maze Runner‘ and ‘Arrow‘ fame, who plays the role of the protagonist Clary Fray. Alberto Rosende appears as Simon Lewis, a geeky and loyal person, Dominic Sherwood, of ‘Penny Dreadful‘ and ‘Vampire Academy’ fame plays Jace Herondale, an attractive, narcissistic, and mysterious Shadowhunter. Matthew Daddario, Alexandra Daddario’s brother, appears in the role of Alec Lightwood, while Emeraude Toubia is seen as Isabelle Lightwood. Isaiah Mustafa is seen in the character of Luke Garroway, who ultimately betrays Clary. Harry Shum Jr. plays Magnus Bane, and Alisha Wainwright is seen as Maia Roberts.

Shadowhunters Plot: What it is about?

‘Shadowhunters’ follows Clary Fray who has just enrolled at Brooklyn Academy of Arts. On her 18th birthday, she finds out that she is a Shadowhunter- born as a human with the blood of an angel to fight demons. On the same night, Clary’s mother is abducted by a group of rogue Shadowhunters known as the Circle. Clary seeks help from Luke after finding out that her mother is missing, a person she trusts the most, but to no avail. Clary then partners up with a group of Shadowhunters to help her mother and discovers powers she never knew she possessed. Clary is exposed to the world of demon hunting with the cryptic, narcissistic, and captivating Shadowhunter, Jace, and the staunch and geeky friend Simon, amongst Seelies, vampires, warlocks, and werewolves where she heads into a journey of self-revelation as she learns about her past and what her future is going to be.

The visuals of the show are stunning, and almost all scenes are shot with a degree of slickness. However, one cannot help but notice the degree of wish fulfillment it plays to, in drawing teenagers. It is one of the many shows designed to cater to hormonal teenagers, and make them feel as if they are special and the world is unaware of this. As a result, almost every character on the show manages to look spectacular. A word of praise must be put in for McNamara here, whose performance is vivacious, but apart from that the show is rather lackluster and compared to the rich content of the source material, the series does not even scratch the surface.

While there certainly is a degree of old-world elegance to the sword fights, the series is a bit too silly at times and takes itself so seriously that the campy elements are nearly unpalatable. The Wrap sums up the show well, albeit a bit too critically, accusing them of “ignoring the vulnerability and pathos inherent in the material to peddle a fantasy in which beautiful people pose and pout, approximating human feelings in such a vapid way that hopefully, the show’s target audience laughs it off as nonsense.”

‘Shadowhunters’ Season 3 premiered on March 20, 2018. As far as the next season goes, we have bad news for the fans. The show was canceled by Freeform due to the economic crunch and declining viewership. The showrunners expressed a degree of regret that the show was canceled suddenly. Vanity Fair reported that they had quite a lot of ideas for the various couples on the series, and planned to develop the relationships slowly, so as to bring out the depth of meaning in them. However, because the show got cancelled, they had to wrap up all the events by the time the finale of Season 3 aired.

While fans of the show are definitely disappointed, they should not lose all their hopes. There’s still a possibility that some other network picks up the show at some point in future. If that happens, we will update you about ‘Shadowhunters’ Season 4 release date.

While we wait for any positive news on’ Shadowhunters’ Season 4 , check out the season 3 trailer below.