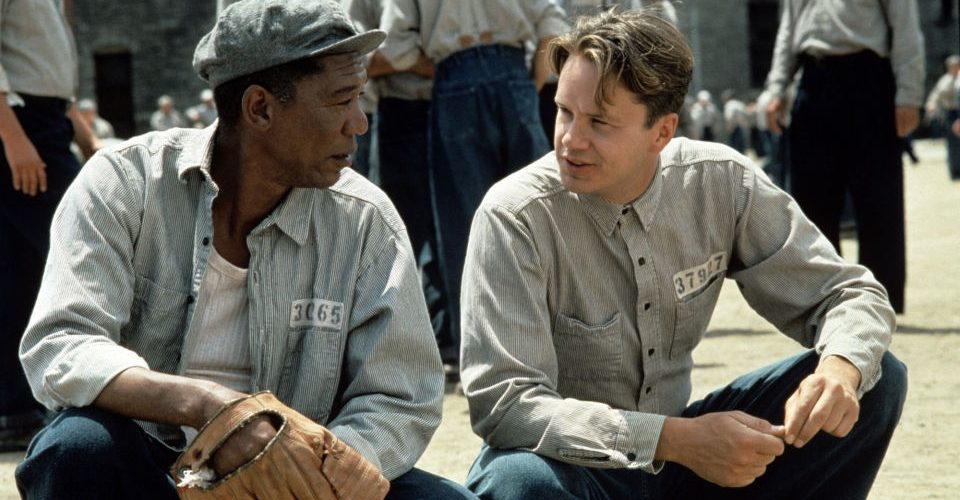 Perhaps the greatest example of a seminal film not fully appreciated in its time is Hungarian American filmmaker Frank Darabont’s 1994 drama ‘The Shawshank Redemption’. The film, based on prolific writer Stephen King’s 1982 novel Rita Hayworth and Shawshank Redemption, stars Tim Robbins and Morgan Freeman in leading roles but failed to garner commercial success or Academy Awards triumph at the time. However, in the years since ‘The Shawshank Redemption’ has seen its stock rise to near legendary proportions.

‘The Shawshank Redemption’ follows a banker named Andy Dufresne in the year 1957 in Portland, Maine. Andy is convicted of murdering his wife along with her lover and sentenced to life in prison despite his ardent claims of innocence. Deeply lonely and hopeless at first, Andy gradually realizes the indomitable spirit of hope within himself, particularly in his friendship with Ellis Boyd “Red” Redding, a long term prison inmate and contraband smuggler. As he learns to come to terms with the injustice of his suffering, Andy seeks to achieve redemption through his own means.

If you were wondering what were ‘The Shawshank Redemption’ filming locations, keep reading.

Where Was The Shawshank Redemption Filmed?

The story line of ‘The Shawshank Redemption’ starts out in the city of Portland, Maine in the year 1947. However, the vast majority of the events depicted in the film take place in the fictional Shawshank State Penitentiary somewhere in the state of Maine.

Filming for the movie commenced in June 1993 and principal photography took place over three months. The entire process was a grueling affair for both the cast and the crew, often involving eighteen hour workdays six times a week. The main location of Shawshank State Penitentiary is represented by the abandoned Mansfield Reformatory in Ohio, while the beach scenes were filmed in the U.S. Virgin Islands. Several other scenes in the movie were also filmed at a variety of locales across the state of Ohio.

Check out this picture of actor Morgan Freeman with director Frank Darabont during the filming of ‘The Shawshank Redemption’:

The primary filming location for ‘The Shawshank Redemption’ and the location for the fictional Shawshank State Penitentiary is the defunct Ohio State Reformatory in the industrious city of Mansfield, Ohio. Producer Niki Marvin reportedly spent five months scouting prisons across the United States and Canada looking for the right aesthetic before finally settling on the Ohio State Reformatory due to its Gothic inspired stone and brick architecture.

Ohio State Reformatory, also known as the Mansfield Reformatory, was built over a century ago between 1886 and 1910 before being retired from operation in 1990 due to overcrowding and inhumane living conditions. Today, the Ohio State Reformatory offers normal daytime tours as well as ghost tours and ghost hunts for casual and private ghost hunters. It is also a popular filming location that has featured prominently in films such as ‘Tango & Cash’ and ‘Air Force One’.

Check out these behind the scenes pictures of the filming:

Frank Darabont and Roger Deakins, during the filming of The Shawshank Redemption via @AmericanCine https://t.co/pLKvbqRNZt pic.twitter.com/GvvThqUaWi

The final scene in ‘The Shawshank Redemption’ in which Andy and Red embrace after reuniting at the Zihuatanejo Beach in Mexico is iconic in cinema history. However, the filming for that particular scene did not actually take place in Mexico at all, but rather, the Carribean island of Saint Croix, one of the U.S. Virgin Islands. More specifically, the scene was filmed at the Sandy Point National Wildlife Range, a protected habitat for the leatherback sea turtle.

Saint Croix in the United States Virgin Islands is an unincorporated territory of the USA and is the largest island in the group. It is also nicknamed as “Twin City” for its twin towns of Frederiksted on the west and Christiansted on the northeast.

Limited filming for a number of scenes in ‘The Shawshank Redemption’ was also done in a number of locales across the state of Ohio. This includes the quaint village of Butler Ohio, which stands in for the fictional rural town of Buxton in the film.

The wood shop scene with Red and a few other inmates was filmed in the city of Upper Sandusky, while the courtroom scene at the start of the movie was filmed at the nearby Wyandot County Courthouse. The house which is the scene of the murder of Andy’s wife and her lover is the Pugh Cabin in Malabar Darm State Park, south of the village of Lucas.