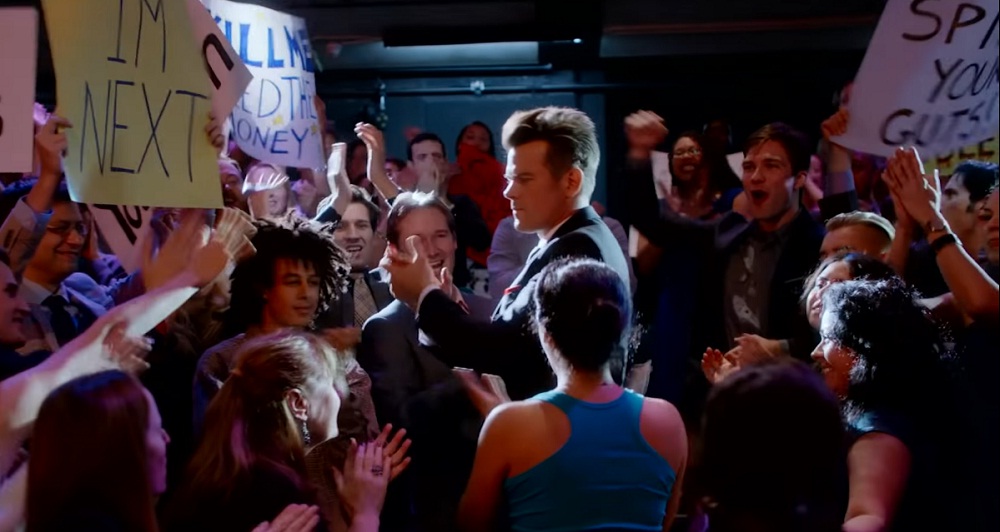 Although fairly predictable, ‘The Show’ (originally titled ‘This Is Your Death’) takes an unflinching look at the unrealistic shock-and-awe methods that most reality TV shows harp on. Holding up a dark mirror to the world, the film plays with several moralistic themes surrounding the society and its ideas of entertainment, the value of one’s life, and a little bit of family melodrama. If you’ve watched the film and you’re looking for a detailed explanation of its ending, read on further. 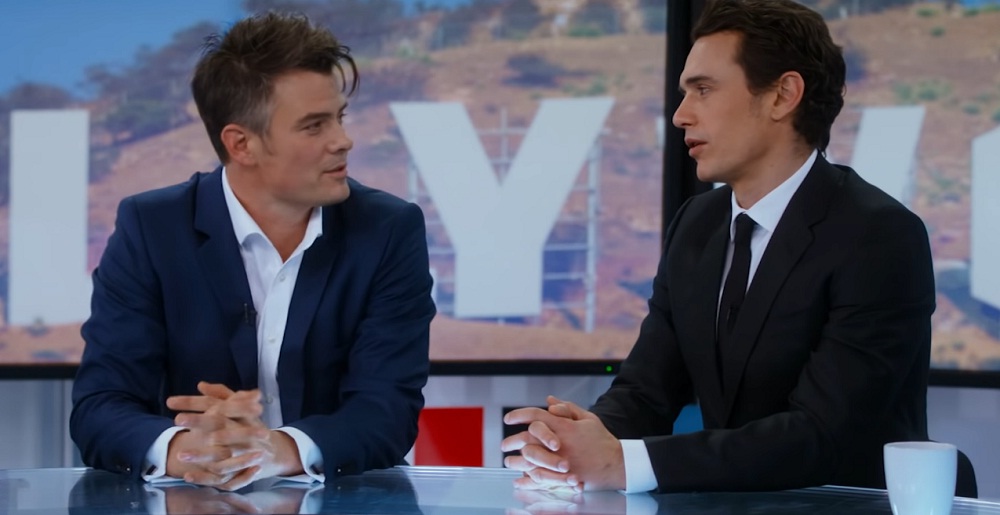 The opening scene of ‘The Show’ features the finale of a fictional reality series “Married to a Millionaire”, where a pissed off “potential” bride shoots a millionaire, who chooses another bride over her. In the nick of time, show host, Adam Rogers, throws himself in the way of the other bride before she, too, gets shot dead. For obvious reasons, right after this, Adam is hailed as a national hero. Even as a viewer, Adam’s act of bravery makes it pretty evident how great of a human he is. However, with what follows, Adam proves to be somewhat the opposite.

Some viewers of the film might question what exactly happened to Adam in the second half of the film and how did he go from being an absolute saint to a ruthless monster in one night. Well, the answer to this lies in the initial scenes of the movie itself. Right after his act of bravery, he gets invited to a talk show where the host (James Franco) asks him about everything that was going on in his head when he tried to save the bride’s life. To this, he honestly replies by saying that he was only thinking about his show and its network’s ratings that would take a hit after the horrific incident. He later goes on to preach about how everything was his fault. But if you think about it, this seems more like his way of feeling entitled and special about his acts of heroism.

With this new development in his unrealistic sense of superiority, Adam and his boss start a reality TV show, called “This Is Your Death,” where people literally kill themselves on live television just to raise some money for their loved ones. Even during these moments, Adam refuses to believe that he’s simply doing this to fulfill his own desire to attain a steady stream of applause. Instead, he preaches about how his show is giving people a glimpse of reality. And during these moments one can see his obsessive craving for affirmation. Without any guilt or shame, he and his boss exploit the grief-stricken people who show up as contestants and make a ruthless game show out of their lives.

The Reason Behind Adams’ Actions 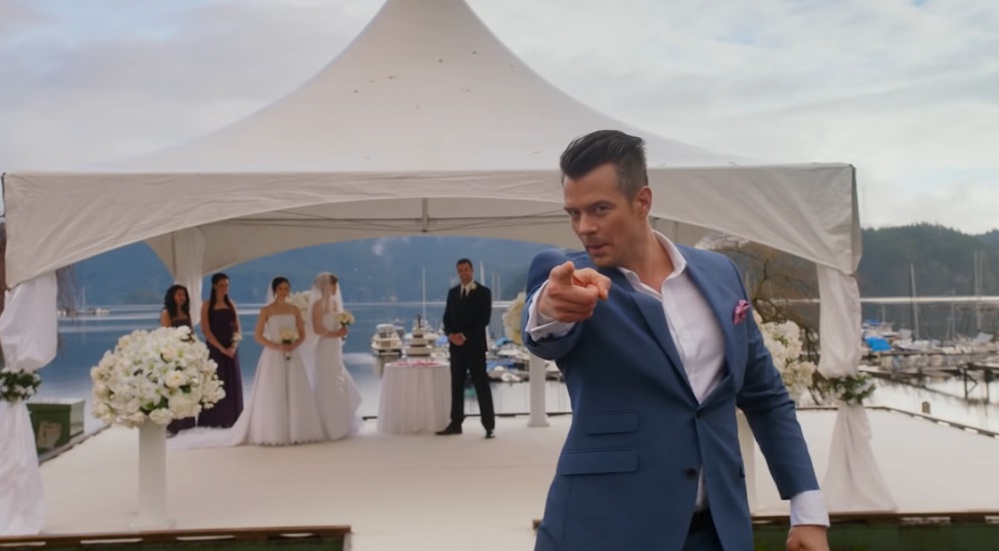 Although this isn’t directly implied in any way, the film drops one subtle cue near its end which explains why Adam lacks empathy. After suffering from clinical depression, his own sister decides to become a “contestant” of “This Is Your Death.” Right before her suicide is simulated, the show features her backstory video in which she mentions how the death of her parents forced Adam to give up on everything and look after her. So, it is possible that Adam’s impaired emotional attachment to his parents is the reason behind his desire for attention and praise. It also explains why he feels betrayed by the people who question his work.

The Ending: The “Reality” of Reality-TV 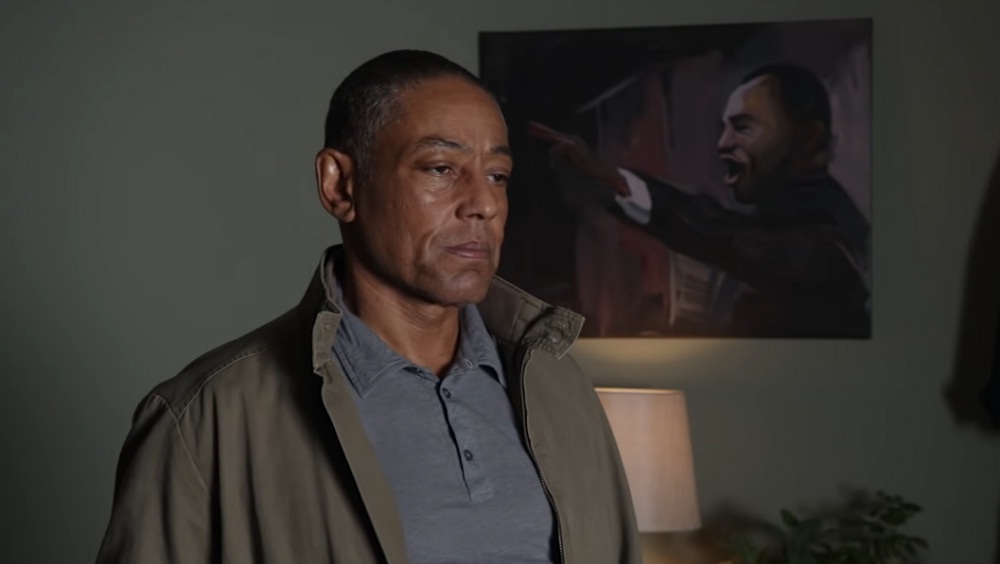 The ending of the film, or should I say its entire premise, serves as a satire of the state of Reality TV. In the closing moments of the movie, a man named Mason Washington (Giancarlo Esposito from ‘Breaking Bad’) decides to become a contestant of the show just to make sure that his family is able to stay afloat. He seems to have no intention of killing himself but his inability to find a job paralyzes him and forces him to become a part of a show that he previously despised. While Adam mourns the death of his sister and finally realizes what he has done, even Mason backs off from killing himself in the show and announces that he loves his life and family.

As soon as Mason decides to give up on the idea of killing himself, the fake audience of the show’s studio starts rooting for him. This particular scene shows how reality TV completely differs from real life. Previously, throughout the movie, the studio’s fake audience only did what they were asked to do. Glued to their seats, they laughed when they were asked to and applauded when the screen in front of them raised relevant cue cards for them. But in the closing scene, when the reality of things actually hits them, they genuinely commend Mason what he does.

Adam, who previously harped on the sorrows of others just to make his show popular, eventually becomes a victim of his own scheme. In the closing scene, he yells at all the news reporters who surround him and asks them to leave him alone. Previously, every time a new contestant showed up on the show, a sad backstory of those contestants was featured just to get an emotional response from viewers.

According to Adam, these sorrowful backstories served a higher purpose and allowed people to empathize with the contestants who were killing themselves. However, the truth is that he never really cared about this “higher truth” and only featured these stories for his own personal gains. However, in the end, when cameras are pointed at his face and he is forced to step inside the shoes of his contestants, he is not able to handle the “higher truth” that he previously preached about.