Where to Stream The Sinner? 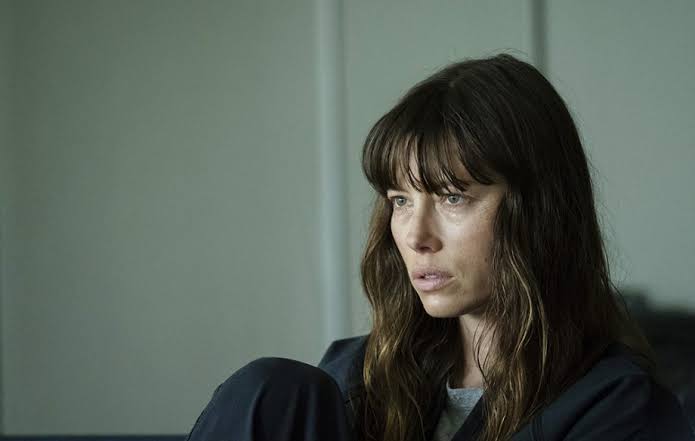 Crime anthology shows are always fascinating as each season takes us deep into the heart of a heinous act that gives an insight into how twisted the human mind can actually be. A prime example is ‘The Sinner‘, a crime drama mystery series based on German crime writer Petra Hammesfahr’s, novel of the same name. Although ‘The Sinner’ was first conceived as a close-ended series, the success of the initial season spawned more seasons. Upon release, ‘The Sinner’ went on to gain critical acclaim and has developed a strong fan base as well. Naturally, you must be wondering where you can watch ‘The Sinner’. Well, we are here to tell you that, but first, let us walk you through the plot of the series.

What is The Sinner About?

‘The Sinner‘ is a crime anthology series, meaning that the plot varies over the seasons. In the first season, the show is about a detective by the name of Harry Ambrose, who explores the troubled past of a woman to try and understand why she fatally stabbed a man on a beach outing with her family, while having no memory of why she committed the crime. In the following season, the show focuses on Ambrose returning to his hometown to investigate a case where a boy has confessed to poisoning a couple. However, Ambrose begins to unravel some deep secrets that the people of the town would much rather keep buried. The third season sees Ambrose investigate a fatal car accident in upstate New York, only to uncover a much more disturbing case that looms behind it.

‘The Sinner’ starts on a note of a whydunnit rather than a whodunnit since we know the woman who commits the crime. However, why she stabs a man who was horseplaying with another woman on the beach is anybody’s guess. The series goes on to masterfully unravel her past, while the woman is perfectly prepared to accept the consequences. It is Ambrose’s plodding that brings to light the immense amount of trauma in the woman’s life and suggests that it is the cause that led to the stabbing. A lot of the first season is told through flashbacks as the lies in the woman’s narrative become evident. The investigation is more about finding the truth than finding the killer, since Ambrose already has the culprit at hand, but is determined to get to the absolute bottom of the matter.

In the second season, the series gets away from the source material, which gives it the liberty to make all the twists and turns and to make the premise darker than before. When a young boy is accused of the poisoning, Ambrose has to face the ghosts of his past as he returns to his hometown to partner with a rookie detective. Throughout the season, there are hints of cult activities, and the boy’s innocence becomes apparent with the narrative unfurling. However, Ambrose’s past is always threatening to burst forth and disrupt the ongoing investigation, which is what makes ‘The Sinner’ so effective in this season.

The following season sees Ambrose beginning to investigate an apparently routine car accident on the outskirts of Dorchester, that is, in upstate New York. However, he soon realizes that this just might be the most disturbing case of his career, as he stumbles upon a hidden crime. Meanwhile, Jamie, an upstanding citizen and expectant father, begins to rely on Ambrose for support after the accident. Overall, it is the character of the beaten-down detective Ambrose that holds all the seasons together. Ambrose comes across as someone whose life has been unkind, and he seems to take the cases since they are the only areas where he can exercise his control. Ambrose is more than a detective. He is an archaeologist of the mind who is bent on rummaging around, getting to the bottom of the matter to find the trigger that leads to a chain of incidents. ‘The Sinner’ is a brilliantly crafted show in this regard and now, let us tell you where you can stream it.

Is The Sinner on Netflix?

Netflix has an amazing collection of movies and television shows which sets the platform apart as a premier content provider. Subscribers are in luck since ‘The Sinner’ is available on the platform. Check it out here.

Is The Sinner on Hulu?

Hulu has a fantastic collection of movies and television shows and keeps making smart additions in order to stay ahead of the competition. While ‘The Sinner’ is not available on the platform, you can check out ‘The Act‘, a fantastic crime anthology series that tells true stories which appear to be stranger than fiction.

Is The Sinner on Amazon Prime?

Amazon Prime has a wonderful collection of movies and television shows which can perhaps only be beaten by Netflix. While Prime subscribers cannot stream ‘The Sinner’ as is, you can buy and watch the show on the platform. The SD and HD versions of the seasons are available, which you can buy together. Alternately, you can buy one episode at a time. We recommend buying the entire season in one go since it costs lesser. Check it out here.

Where Can I Stream The Sinner Online?

No subscriptions to major platforms like Netflix? No worries. You can still stream and watch ‘The Sinner’. Just head over to Vudu or FandangoNow, where you can buy and watch the shows. FandangoNow offers the SD versions of both seasons for $13.99 and HD versions for $17.99. Vudu’s prices vary from season to season, with Season 2 being priced much higher than on FandangoNow. Compare the prices and choose accordingly.

Can I Stream The Sinner Online For Free?

Freeloaders are in luck since you can use the free trial period offered by Netflix to stream and watch ‘The Sinner’. You should be done watching before the trial period ends if you are prepared to binge-watch the show. However, we urge readers to pay for the art they consume.