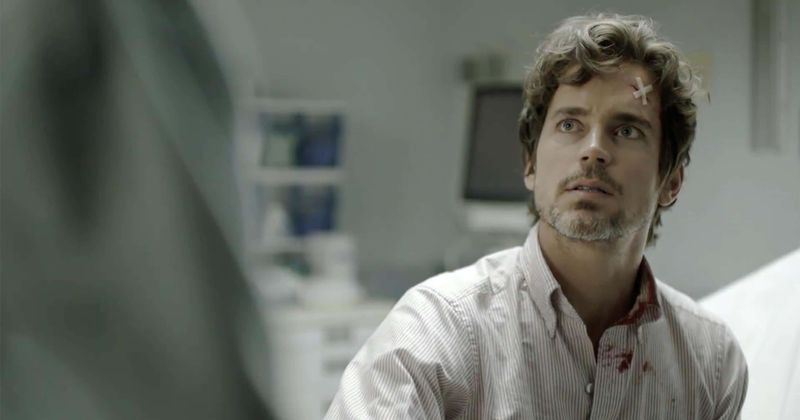 ‘The Sinner‘ returned with its third season to intrigue viewers once again with a mysterious event and the suspense revolving around why it happened. The third installment of the show presented its premise in the first episode which was aired last week. Matt Bomer plays Jamie, a high school teacher who survives a car crash. However, his “friend” who he hadn’t talked to for 18 years dies in the accident. Detective Ambrose is assigned to investigate the case and suspects something more than a normal accident. It turns out that Jamie had let his “friend,” Nick die by not calling 911 on time purposely.

Sticking to the format of the show, ‘The Sinner’ now begins to slowly unravel why Jamie let Nick die in a classic, slow-burn tone. While the season premiere had been somewhat underwhelming (you can read our review here), the second episode successfully manages to bring the show back on track as the tale advances grippingly…

The episode begins with Jamie playing a song on the crashed car’s music system. It turns out that Jamie has been recalling the incident while bathing. The episode sees Jamie recalling events from the past on multiple occasions.

Meanwhile, Ambrose wants to find out if Jamie had met Nick before the accident or not. Vic offers to help him. Sonya Barzel (the painter on whose private property the accident happened) shows up at the police station informing Ambrose about Jamie having visited her property.

Ambrose meets Jamie when the latter is at a nursery and starts a friendly conversation about plants. On his own, Jamie tells Ambrose that he had gone to Barzel’s house to apologize to her. Ambrose invites himself to Jamie’s house. Jamie recalls meeting Nick at a bar. It is revealed that it was Jamie who had e-mailed Nick, requesting him to meet up. Meanwhile, Vic digs up Nick’s credit card history and finds out that he stayed at a hotel in Manhattan. Ambrose visits the hotel.

Upon questioning the hotel’s receptionist, Ambrose finds out that Nick had attacked Jamie while the two were dining. He asks her for CCTV footage from the night. In another flashback, Nick and Jamie are shown dining. When Nick asks Jamie why he called him, the latter replies, “I don’t feel anything anymore.” Jamie has been recalling this incident while having dinner with Leela, her brother and the husband of Leela’s brother. He starts to recall the accident and faints.

At the hospital which he is taken to, Jamie starts to ponder over death and helps an old man grab a glass of water. He talks to the aged man. The scene in the past where Nick and Jamie are dining is resumed. Nick gets angry and dips two strangers’ phones in their glasses at the restaurant. Then, he puts a knife in Jamie’s hand. Holding Jamie’s hands with his own, Nick makes Jamie pierce his (Nick’s) hand with the knife. This is where the wound on Nick’s hand came from. Jamie thinks of this scene while having sex with Leela and cries afterward.

Ambrose and Vic look at the hotel’s CCTV footage. Nick and Jamie are on the terrace. Jamie climbs on top of the ledge. Meanwhile, Sonya finds a grave-sized hole on her property. There is a shovel hoisted on the ground next to the hole. A coat hangs on the shovel. Sonya calls Ambrose who finds a chip-chop paper game in the pocket. Ambrose had found a chip-chop paper game in Nick’s hotel room in the previous episode.

Ambrose goes to Jamie’s house to inquire about the hole. Jamie tells Ambrose to stop visiting him unless he has an official warrant. Jamie denies digging the hole. Jamie goes to meet the old, dying man at the hospital. He gives him some bourbon. Then, Jamie hallucinates once more. He sees Nick tinkering with a radio, playing the same song that he (Jamie) played at the start of the episode. Then, Jamie proceeds to choke the man. However, the man is able to push Jamie away. Jamie snaps out and leaves the room.

The Ending Explained: Why Did Jamie Try to Kill the Old Man?

Viewers might be wondering why Jamie attempts to kill the old man towards the end of the episode. Well, the reason is purely psychological. Throughout the episode, the theme of death is pretty evident. Jamie is shown thinking about it on several occasions.

Jamie tells Leela, her brother and his husband that people are scared of death and do not realize that it cannot be tucked away. He tells them that death is something people must accept. However, people do not realize that death only keeps getting closer day-by-day, Jamie tells them. Moreover, Nick and Jamie are also depicted talking about death (in the flashbacks). In fact, when Jamie climbs the ledge on the Manhattan hotel’s terrace, Nick talks to him about leaping.

When Jamie is talking to the old man, the latter tells him that his time to die has come. The old man tells Jamie that there is no one to put him out of his misery. However, the old man is simply cribbing about his situation and not really asking/implying that he needs someone to help him die. And to be clear, this conversation happens when Jamie meets the old man for the first time and NOT directly before Jamie meets the man.

But the question of Nick’s connection to this still remains. Jamie does imagine seeing Nick right before killing the old man. Nick plays the same song that Jamie played at the start of the episode. One theory is that the two of them defy death as a means of enhancing excitement in their lives. Jamie, in particular, has been complaining about not feeling anything anymore. Perhaps, the scene on the Manhattan hotel’s terrace serves to indicate the sketchy relationship between Nick and Jamie wherein the two persuade each other to live life “on the edge” so that it ceases being boring.

As mentioned earlier, the second episode of the third season of ‘The Sinner’ manages to bring the show back on track. After a rather underwhelming season premiere, the second episode does an exemplary job at providing viewers with the kind of high-quality, slow-burn suspense that they have been used to from the earlier two seasons.

In the last episode’s preview, we had mentioned how Matt Bomer seems to be unable to portray his character’s troubled mental state with conviction. However, in this episode, Bomer justifies his acting experience. He portrays Jamie’s gradually rising anxiety deftly. Not a single shot feels acted or forced. In fact, one can even say that Bomer has glued himself into Jamie’s shoes in a manner that will make viewers forget his past roles. Bill Pullman, as usual, is perfect.

Moreover, the slow-burn actually feels impactful with this episode. There are things happening plot-wise, but there is also an ideal amount of breathing space that is dedicated for viewers to feel the tension, the suspense and the anxiety of Jamie. The writing, unlike the first episode of the season, feels immaculate. The flashbacks are neatly stirred in with the events from the present and give away just the right amount of information.

Fans of ‘The Sinner’ need not worry. If this episode is anything to go by, one can safely say that ‘The Sinner’ has not dipped in quality at all.