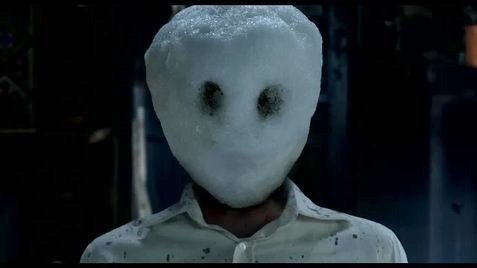 ‘The Snowman’ is a psychological thriller that is based on one the bestselling books of Norway: Jo Nesbo’s novel of the same name. While the movie was greatly anticipated, especially by Scandinavian people, it ended up receiving largely negative reviews from critics.

The movie follows a Norwegian Police Service inspector, Harry Hole. Hole’s character is that of the classic, troubled genius who must overcome his inner demons for a particular mission. In ‘The Snowman,’ his “mission” is that of tracking down a sinister serial killer whose calling card is snowmen.

The movie had a premiere at the Haifa International Film Festival and ended up grossing $43 million internationally. Michael Fassbender leads the film’s cast and the actor plays the role of the protagonist, Hole.

Where Was The Snowman Filmed?

One thing that those who have viewed ‘The Snowman’ can attest to is the fact that its Norwegian setting plays a huge role in the story. It is one of the key ingredients that makes the tale so delectable. Before we move on listing the actual locations where the film was shot, check out the following video which provides a behind-the-scenes look into the movie’s filming. Its five-minute duration is admittedly a little long, but watching a few minutes of it provides a great insight into what the filming looked like.

In case you are wondering where ‘The Snowman’ was filmed, it is not difficult to guess. Most of the filming took place in Norway.

Filming The Snowman (2017) in Oslo pic.twitter.com/hkjhw7Dw6P

The capital of Norway, Oslo is where majority of the shooting took place. This is extremely befitting, given the fact that Jo Nesbo’s tale is also set in the Norwegian city. Oslo is integral to the story and almost functions as another character. Watch the following video to have a look at what the movie’s cast and crew had to say about the location used for filming the show:

Filming for the movie began in January, 2016. A party scene was also shot in Oslo City Hall. This scene made use of over 300 extras and was particularly challenging to shoot.

Moreover, the production team also shot scenes in the city’s tram in the Barcode area. This must have been quite a logistical challenge too. On most occasions, scenes set in a public transport vehicle are filmed in studios with animation to fill in the background for the sake of convenience.

Furthermore, one of the places that the protagonist, Hole frequents in Nesbo’s book is Restaurant Schroder. What is interesting is that the restaurant actually exists at St. Hanshaugen in Oslo. As a nod to the book, the movie had several scenes which were filmed there.

Apart from Oslo, several other places in Norway were made use of to depict the characteristic, Norwegian landscape. For instance, a sizable chunk of the movie was filmed in the town, Rjukan. The town has become a touristic hotspot for its skiing-apt terrain.

Moreover, filming also took place in the city of Bergen. Several scenes were filmed on the Ulriken mountain, the UNESCO World Cultural Heritage Site Bryggen and the Skansen fire station.

Other than that, filming also took place in the city of Drammen. Plus, the Atlantic Ocean Road had also been made use for the movie’s filming.