Will There be a The Sommerdahl Murders Season 2? 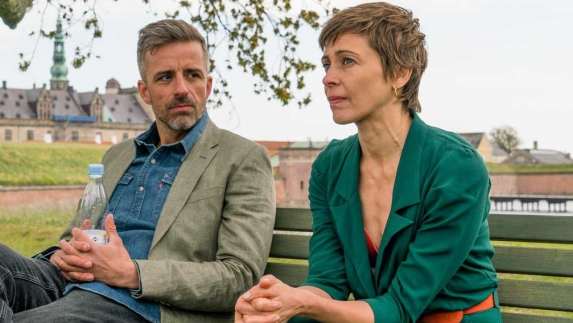 One of Denmark’s bestselling authors, Anna Grue’s most successful crime fiction series is the Dan Sommerdahl franchise. And the Danish show, ‘The Sommerdahl Murders’, branded as Denmark’s answer to ‘The Midsomer Murders‘, brings in a contemporary spin on the Nordic noir genre. The story revolves around the complex personal and professional relationships of two best friends cum police partners, and their shared love interest — who happens to work in the same department. The trio goes about solving a bunch of chilling crimes, which forms the crux of the show. Season 1 opened to rave reviews from mystery fans and after bingeing on all of its episodes, everyone has this next inevitable question. Will there be a ‘The Sommerdahl Murders’ season 2? Read on!

The original novels on which the show is based is a twelve-part book series order, with eight books already published so far. Hence, there’s no dearth of content for a follow-up edition. Moreover, the first season opened to global critical acclaim, having been sold to a number of countries like Germany, Sweden, Norway, France, the Netherlands, Switzerland, Luxembourg, the US, and Belgium. Therefore, season 2 was always a definite yes.

As expected, in April 2020, the producers confirmed that the show will return for another season. EP, Pernille Bech Christensen, said: “Work on the script is in full swing, and it looks like it will be another season full of strong crime stories. Without revealing too much, I can tell you that the relationships of our three main characters are further tested (and) we are still in lovely Helsingør which adds a definite atmosphere to the series.” TV2 Charlie has also revealed a tentative release date. ‘The Sommerdahl Murders’ season 2 should premiere sometime in Spring 2021 in Denmark, followed by its US release in around Summer 2021.

The Sommerdahl Murders Season 2 Cast: Who Can be in it?

The titular character of Dan Sommerdahl is played by Peter Mygind. Dan loves his wife, Chief Criminal Technician Marianne (enacted by Laura Drasbæk). However, he is so engrossed in protecting the city that he never gives time to his relationships, which include his 25-year marriage. As a result, a divorce is inevitable and matters get complicated when Dan is forced to work alongside his estranged wife. Meanwhile, DS Flemming Torp (André Babikian) secretly loves Marianne. Season 2 is expected to see the entire lead trio resuming their original roles.

The Sommerdahl Murders Season 2 Plot: What Can it be About?

Each crime explored in this mystery series spans two episodes. Some of the cases featured in season 1 include a missing newborn baby whose mother’s corpse is discovered on the beach, a lottery winner is duped by a marriage swindler, a dead playboy and his missing accountant, and an extremely suspicious death. Detective Chief Inspector Dan Sommerdahl teams up with Marianne and Flemming to solve these crimes that plague his hometown in Helsingør. Season 2 will follow the same premise and focus on another bunch of intriguing crimes, all set in the picturesque locales of the Danish countryside.