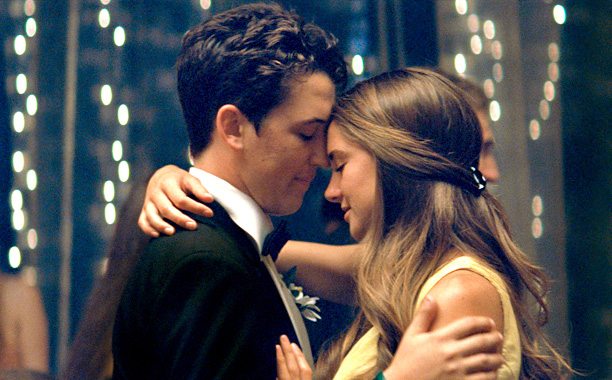 I would argue that films depicting coming of age tales are hardest to pull off. Why ? Because so many such films have been made in past – few good, mostly bad – that it’s difficult, if not impossible to avoid the trappings and clichés of that genre. Having said that, every once in a while, a coming of age film comes that not only hits the right notes but also is a breeze of fresh air, especially a welcome break from the routine action, romantic comedies, or even the heavy dramas that Hollywood specializes in. Last year we had the immensely likeable ‘The Perks of Being a Wallflower’ (Read about it here ), and this year again we are incredibly lucky to have another gem in the form of ‘The Spectacular Now’.

With every passing day as adults, when we look back at our growing up teenage years, it becomes increasingly more evident to us that those were the best days of our lives. And I can say this with surety, that many of us, if not all, wish we could somehow travel back to those timeless moments of simple joys and carefree-ness. What’s also incredible that while we now realize the sublime worth of those bygone years, we can’t deny the fact that we also suffered from the desirability to become adults as instantly as possible when we were young. It’s a beautiful dichotomy in itself, that as a teenagers we wished that we could be adults, but on the other hand as adults we wish we could be young again. The Spectacular Now, with a delightfully tender love story at its center, showcases us this very dichotomy of growing up.

In one of the scenes, the 18 years old protagonist of the film, Sutter, who is  on the verge of his adulthood, asks his teacher “what’s great about being an adult ?” Hurt by the apathy shown by his estranged father, Sutter wonders if being an adult means turning into a selfish, love-less creature that his father is, then what’s the point of growing up. And indeed, we may not exactly ask the same question to ourselves, but at some level, a similar quandary circles all of our minds. Do we turn more selfish as our exposure to the world increases ? Do we lose the ability to enjoy the moment for what it is ? Do we forget to love unconditionally ? Do the increased responsibilities, make us an insecure being ? If these are the prices of growing up, and had we known them, would we have waited for the adulthood with same eagerness and curiosity ? Well, The Spectacular Now doesn’t answers these questions, nor is it supposed to, but it definitely brings it up for our own introspective rumination.

Now, having pondered upon film’s well-intentioned motive, let’s get back to the love story lying at its core. The way film handles teenage romance, without glamorizing it with sardonic elements, is really commendable. There’s nothing new in the story of an innocent, good girl falling for an effortless charmer, but it’s the treatment of the story which matters. And off-course, when you have such hugely competent lead actors, it makes the experience even more pleasure-worthy. While, Miles Tiller is great as Sutter, it’s Shailene Woodley who blows you away with her genuinely affectionate portrayal of Aimee. The character of Aimee might at times be too good to be true, but in the end she turns out to be not just a sweet girl but actually the harbinger of change in Sutter’s attitude to life.

Usually, there is nothing to write about sex scenes in films because hardly you will find one which really deserves to be written about. But The Spectacular Now is an anomaly. The tenderness and the awkwardness of a teenage sex has been portrayed in the film with such absolute realism that it might make you feel uncomfortable. And that’s actually a big win for the director since he doesn’t use sex as a device to lure audiences into theatre but rather he uses it to tell his story.

Finally, kudos to the writers and the director for giving us a film worth cherishing for a lifetime, and a big applause to Shailene Woodley, who showed a lot of promise in The Descendants, but with The Spectacular Now she shows us she’s here to stay and that, we are going to hear a lot about her in future, which we already are with films like ‘Divergent’ and ‘The Fault in Our Stars’.