If your life has been lacking some adventure, you should book your weekend with Netflix and binge on espionage drama, ‘The Spy’. Starring Sacha Baron Cohen, it follows the real-life story of a Mossad spy whose personal and professional lives become so entangled that after a while, he can’t tell the difference between his real identity and his cover. The subject of the show is Eli Cohen. Hailed as a national hero, his work helped Israel in not only averting dangers but also in winning a crucial war. This show explores the four years of his life that he spent as a completely different man.

Emmy Award winner Gideon Raff serves as the writer for the series, along with Max Perry. He gained prominence after creating the Israeli drama ‘Prisoners of War’, the success of which prompted an American makeover which materialised in the form of critically acclaimed and award-winning series, ‘Homeland’. His last collaboration with Netflix came in the form of Chris Evans starrer ‘The Red Sea Diving Resort’, which follows another heroic mission carried out by Mossad agents. With ‘The Spy’, he continues the streak of shining a light on the difficult life of those employed in espionage. He also serves as the director for the series which airs in France on OCS, while Netflix handles its international distribution. 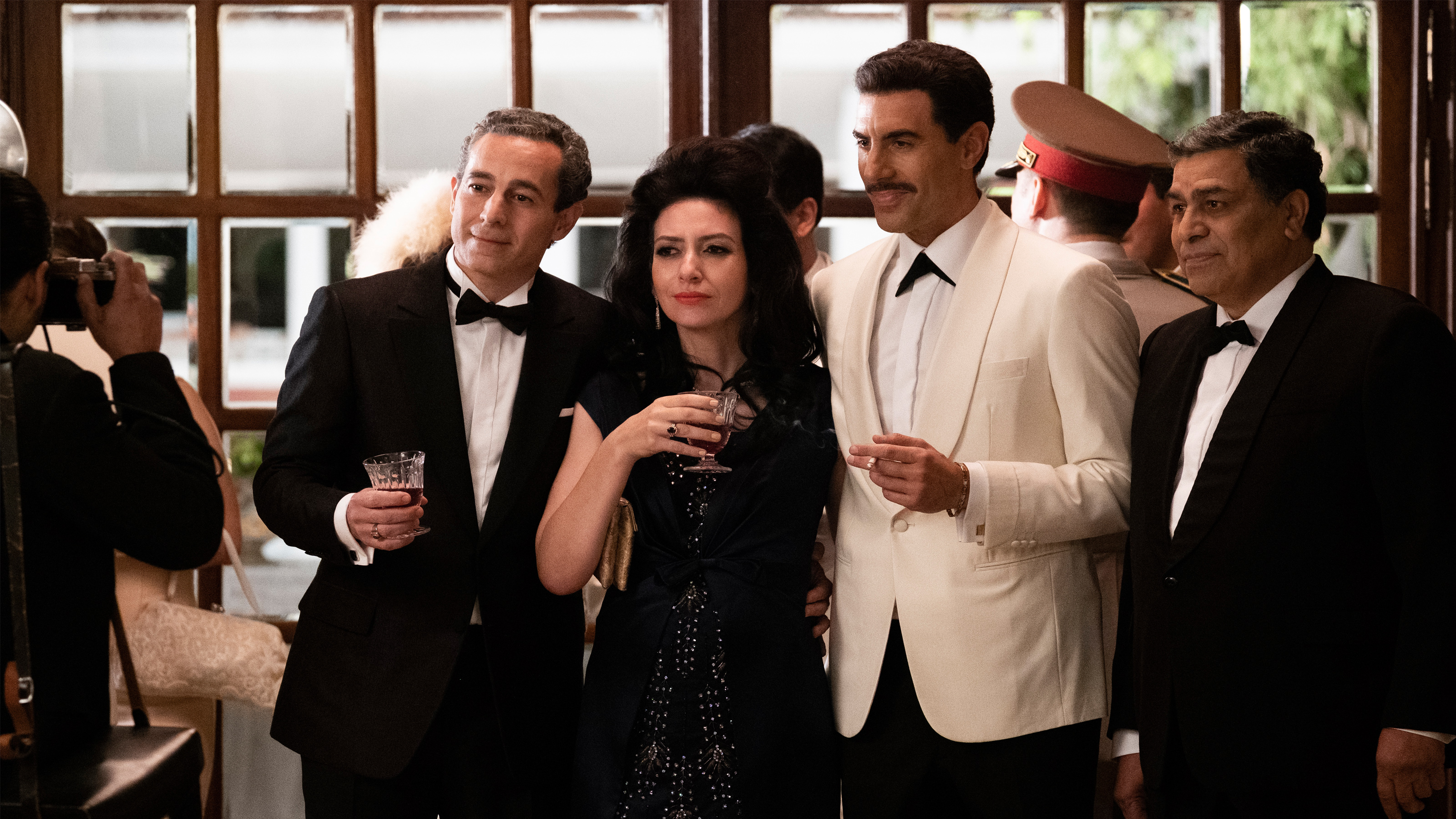 Sacha Baron Cohen dons the role of Mossad spy, Eli Cohen. Baron Cohen has a reputation for bringing to life the most eccentric of personalities. Characters like Borat, Ali G and General Aladeen are just a tip of the iceberg in the long and impressive career of the actor. A BAFTA and Golden Globe winner, his works have also brought him Emmy and Academy Award nominations. In case you were wondering, the actor has no connection with the spy he portrays on screen.

Noah Emmerich appears in the role of Dan Peleg, Eli’s handler in Mossad. Emmerich is best-known for playing the role of FBI agent Stan Beeman in another spy drama, ‘The Americans’. He has also worked in ‘The Truman Show’, ‘Frequency’, ‘Super 8’, ‘Beautiful Girls’ and ‘The Walking Dead’. Hadar Ratzon-Rotem plays the role of Nadia, Eli’s wife. She has previously appeared in ‘Homeland’, ‘Prisoners of War’, ‘Rendition’ and ‘A Tale of Love and Darkness’. Waleed Zuaiter plays the role of Amin Al-Hafz, a military general whose trust is won by Eli. Zuaiter is known for his work in Academy Award-nominated ‘Omar’, BBC drama ‘House of Saddam’, and Netflix’s sci-fi drama ‘Altered Carbon’. Additional cast includes Alexander Siddig (‘Gotham’, ‘Game of Thrones’, ‘Peaky Blinders’), and Marc Maurille.

The Spy Plot: What’s It About? 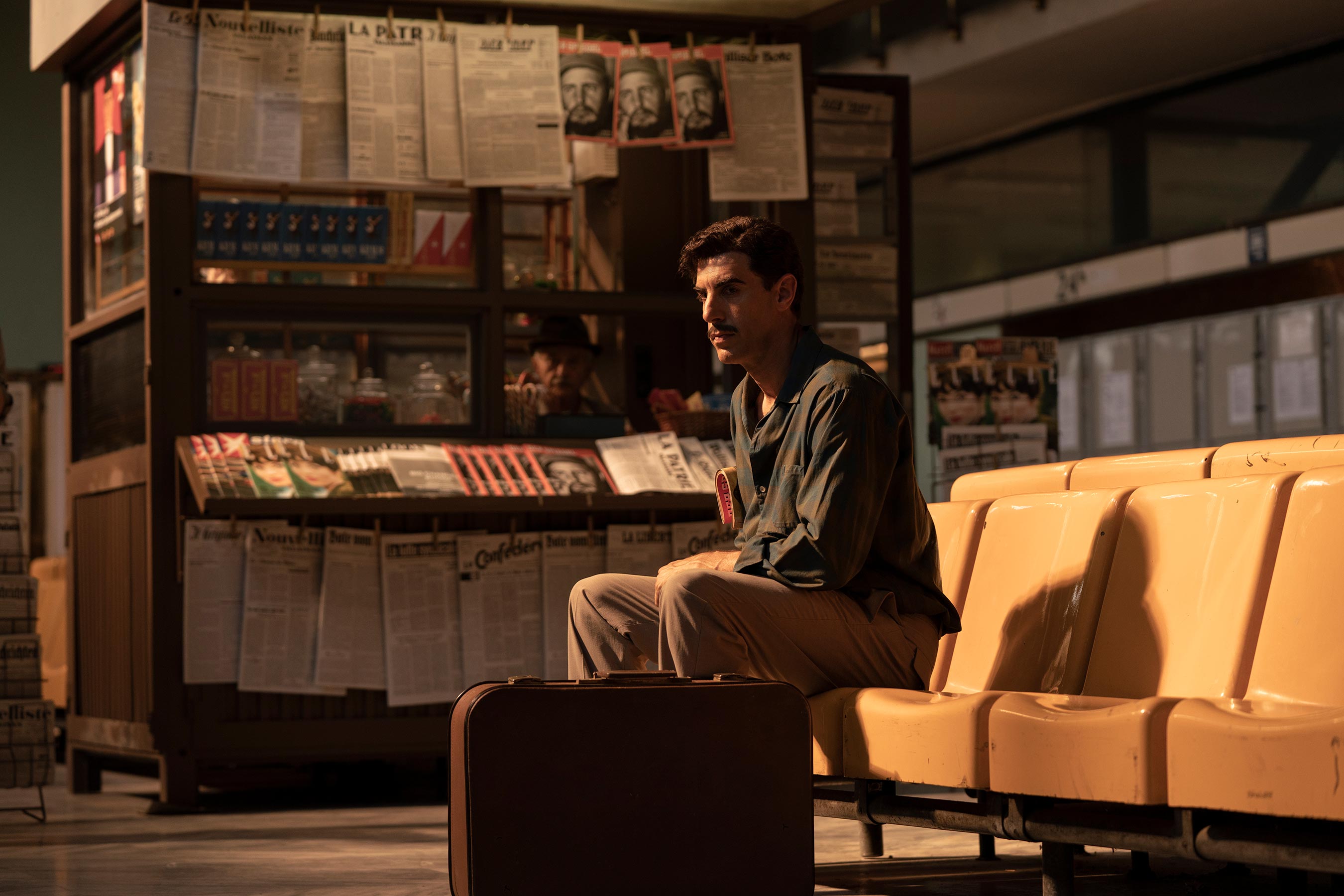 Set in the early 1960s, the series follows the story of Eli Cohen. Born and raised in Egypt, he had always had a flair for espionage. Before coming to Israel, he had (allegedly) helped Mossad in rescuing Jews from persecution at the hands of the government. He had been a part of some covert operations in the early 50s, but his crowning achievement came in the form of his work in Syria. While working as a filing clerk in an insurance office in Tel Aviv, he was recruited by the Mossad to go undercover in Damascus as an Argentinian businessman. His motive was to infiltrate as deep in the Syrian administration as possible and gather intelligence which helped Israel in history defining way. With his charm and instinctive aptitude to jump on opportunities, he quickly worked his way up the ladder and made contacts with high ranking officials and military leaders. Within four years, he had gained their trust on such a deep level that it is said that he was offered the job of serving the post of Deputy Minister of Defense. But a cost had to be paid for all of this.

While we are dazzled by the adventures of spies, we forget that the lives they are living are only a cover. Their real story, their real family and friends are miles away while they try to stay in the good graces of their enemies. One mistake can lead to drastic consequences and this is what ‘The Spy’ focuses on. We get to witness Eli’s excitement of becoming a spy, his sense of adventure when he steps into the skin of his cover, the pain he feels due to the separation from his family, and the fear and paranoia that grips him as he dives deeper into his mission. Above all, we get to see the struggle that he witnesses within himself, as he begins to realise that his cover is slowly taking over his real life and the actual him is turning into a man he can’t recognise anymore.

The Spy Season 2 Release Date: When Will It Premiere?

‘The Spy’ Season 1 premiered on Netflix on September 6, 2019. In six episodes, the series covers Eli Cohen’s mission in its entirety. The ending leaves the audience heart-broken, and shows us what exactly men and women like Eli have to give up in order to serve, and often save, their country. Sacha Baron Cohen once again exhibits his chameleonic ability to slip into any and every role and proves that while comedy is his strong suit, he doesn’t entirely belong to it. The switch to drama works just as well for him, if not better. Now about the next season.

Since the mission comes to an end for Eli this season, the possibility of continuing the story is highly unlikely. Also, it has been tagged as a miniseries, so the creators had created the storyline keeping in mind that they were going to give it a proper end in the matter of one season. However, this doesn’t mean that the possibility of another season can be entirely scrapped. If the series attracts enough audience, which it most likely will, Netflix might rethink its decision. There are a number of ways of continuing a story. They could delve into the past of Cohen, or chose entirely another real-life spy as their protagonist the next time around. Though, for now, there is no word from Netflix on this matter. As soon as we receive any information on The Spy season 2, we will update this section.

While we wait for any news on ‘The Spy’ season 2, check out the season 1 trailer below. If you are a Sacha Baron Cohen fan, you wouldn’t want to miss his new avatar. You can catch all episodes of the series on Netflix.