‘The Story of Us’ Was Shot in Canada. Here Are the Full Details. 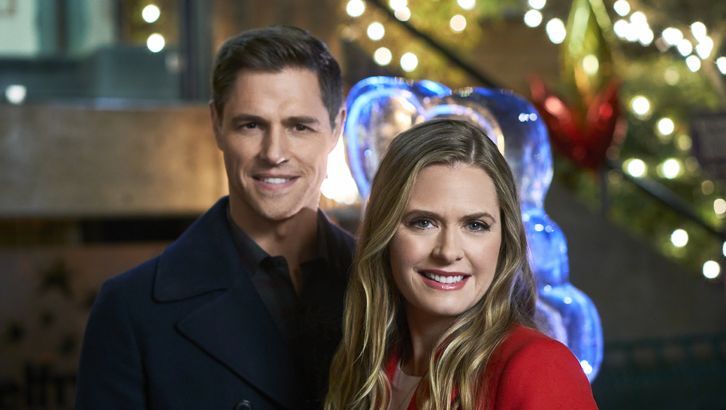 ‘The Story of Us’ is a romantic movie that revolves around the lives of Sawyer and Jamie. Sawyer is an architect from Portland, who is working on an urban development project. For that purpose, his company asks him to go to his hometown, Waterford, Oregon, and convince the local business owners that the project is for the benefit of the town, and selling their businesses to the company is in their best interests.

This doesn’t go well with Jamie, the owner of a bookstore, who embarks on a mission to save the local businesses from collapsing to the company’s unjust plans. Turns out, Jamie is Sawyer’s high school sweetheart. Naturally, Jamie seeks Sawyer’s help to find a solution to the problem and since they are spending a lot of time together, the lost spark re-ignites but Jamie already has a boyfriend. Will the former lovers succeed in saving the neighborhood?

Scott Smith is the director of the movie, while Tracy Andreen and Deborah Jones serve as the writers. In case you’re wondering about the beautiful locales and thinking to yourself, “where was The Story of Us filmed?” Don’t worry, we are here to help you with that.

The Story of Us Filming Locations

The movie was not at all filmed in Waterford, Oregon as showcased in the film. ‘The Story of Us’ was entirely filmed in Canada, especially in the city of Victoria, British Columbia. The filming of the movie began sometime in late November, 2018. Here are the specific details.

The majority of filming was done in the city of Victoria, which is the capital of British Columbia and is located on Vancouver Island’s southern end.

The book store used in the film as True Love Books and Café is actually a book shop based in Victoria, in British Columbia, which goes by the name Luna Collective. 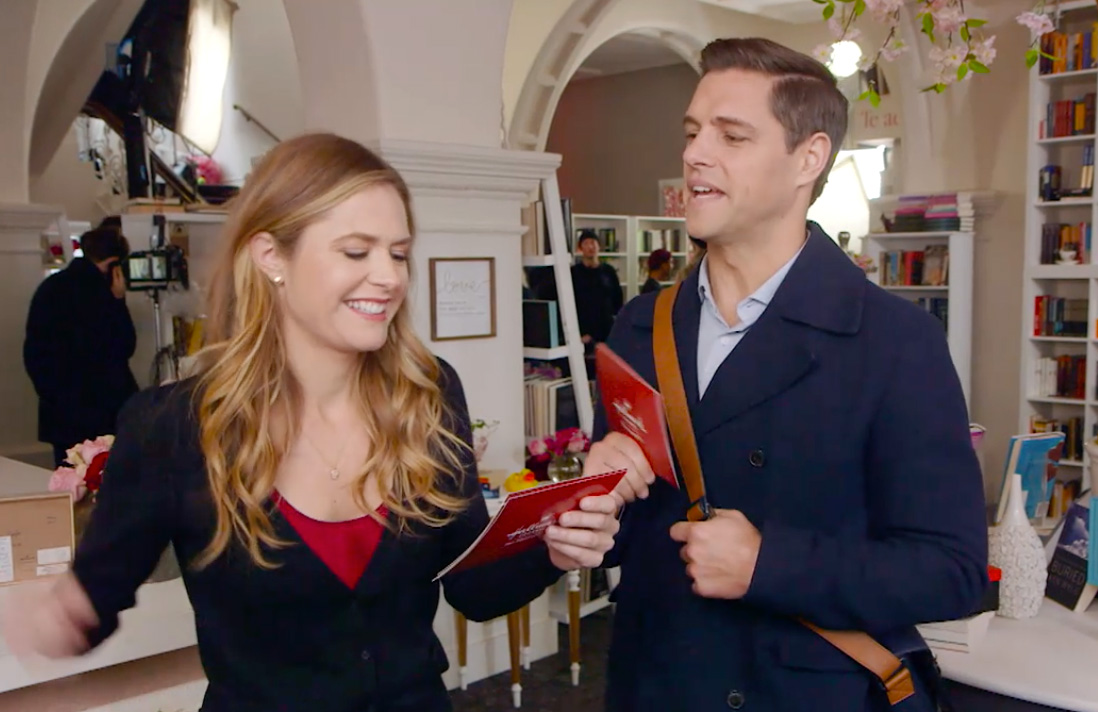 And the restaurant featured in the film, is the iconic Café Brio, which is famous for its risotto, caramelized lemon tart and chocolate truffles.

According to the locals, the scene where Jamie takes Sawyer for a short trip through the city to show him what he is missing, had been shot in the historical landmark, Fernwood Square. And the scene along the water body was filmed in the popular Gorge Waterway Park. 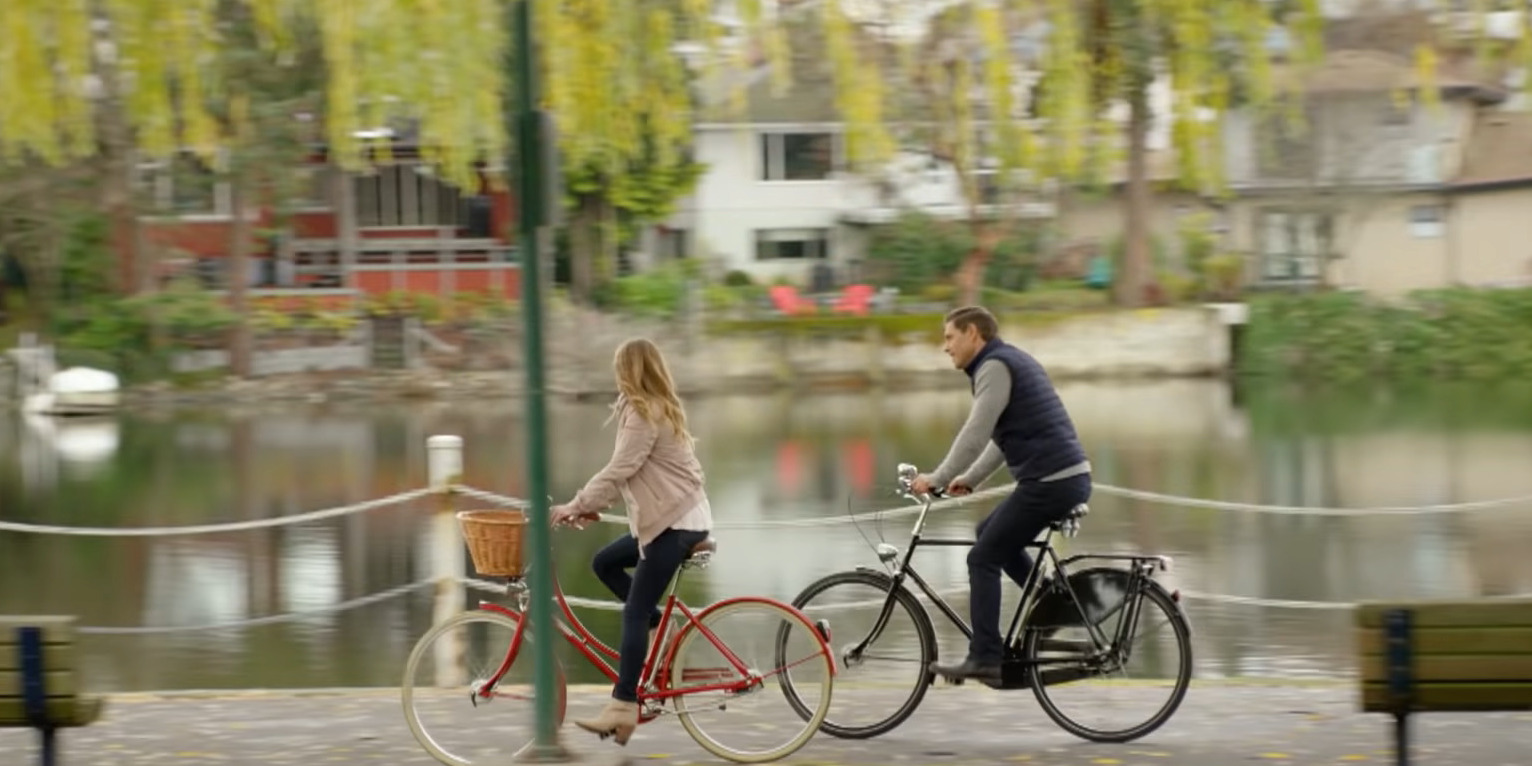 Aubergine Specialty Foods, which is famous for its South African imports, served as the filming location for a couple of scenes. The official Facebook account of the retail store, stated that it remained close for a day, to accommodate the production unit for shooting.

IMPORTANT ANNOUNCEMENT- We will be closed Monday morning from 9:30am until approximately 1:00 PM. Hallmark channel will be doing a film shoot in the store.

Victoria enjoys international acclaim as the City of Gardens since it is home to a variety of vibrant gardens. The city is also famous for its picturesque downtown area, fascinating museums, pubs, regional food and majestic castles. Movies and shows like ‘Deadpool,’ ‘X-Men,’ ‘Arrow,’ and ‘The Killing’ were filmed in and around Hatley Castle, in Victoria.

When the cast and crew had an off, they were spotted hanging out in Vancouver Island.

Here’s is a picture of Kona, enjoying her time on the beach. It was posted by Zibby Allen, who plays Lucy.

The cast also went on a helicopter ride, exploring Vancouver Island. Maggie Lawson took to her Instagram handle, to post the picture.

Here’s an album from her stay in British Columbia.

Bye for now BC. Thanks for the magic. ❤️🌈✨#naturepost

Wholesome, right? So, when are you planning a trip to British Columbia?

The Story of Us Cast

The movie features Maggie Lawson as Jamie Vaughn, the owner of True Love Books and Café who is mapping out a plan to save her bookstore when a development company threatens its existence. You may know her from ‘Psych,’ ‘The Ranch,’ and the latest, ‘Outmatched.’ Joining Maggie as an architect and her ex flame, Sawyer O’Dell, is Sam Page. He is known for his performance in ‘Mad Men,’ ‘Unbreakable Kimmy Schmidt,’ and ‘House of Cards.’

Marco Grazzini essays the role of Sawyer’s best friend Ricky, who lives lavishly despite being a local chef. Ricky has a crush on Jamie’s co-worker, Lucy. Zibby Allen plays Lucy, who reciprocates Ricky’s feelings. Her other works include ‘Agents of SHIELD,’ ‘The Exorcist,’ and ‘Bates Motel.’