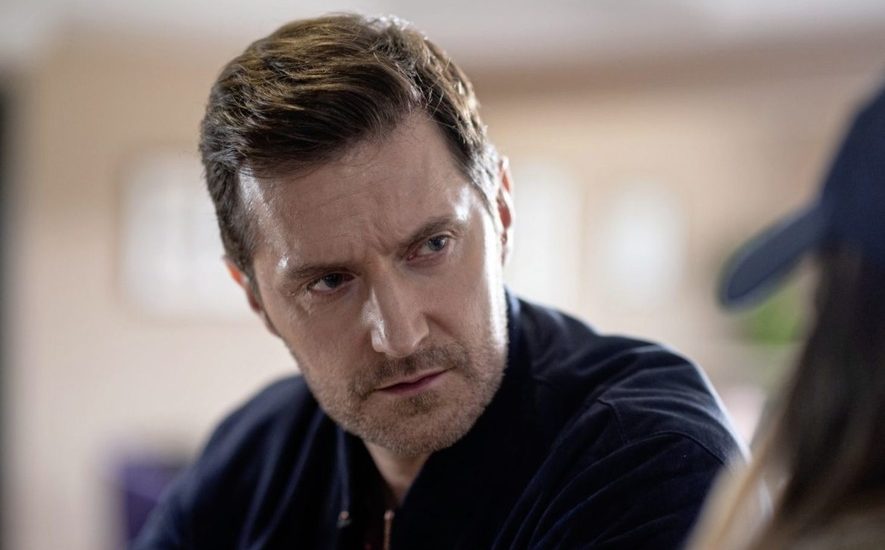 Another episode. Another secret. Another victim of the stranger. What started off as some personal traction between the members of a family is now slowly turning into a large-scale event. The actions of the “The Stranger” are seemingly far more than personal grudges from the ones who are being targeted and from the looks of it, all of this secret-revealing business will eventually ripple down to a much bigger controversy than we had initially imagined.

So far, ‘The Stranger’ has been progressing with a nimble pace, introducing far too many characters than a viewer can handle. Even so, it has still proven to be an intriguing blurb that draws you in with a promise, but whether it will eventually be able to deliver or not is the big question. So, at this point, I’m more on the fence with this one, hoping that its meandering plot points will eventually merge to a common conclusion.

In the opening scene of the third episode, the Stranger sneaks right up to another one of her victims and reminds her of the incident where her ex-boyfriend had leaked intimate pictures of her online. She then reveals it to her that it wasn’t her ex who had done it, but it was her current fiancè who had leaked her pictures just to get her boyfriend out-of-the-way. Like all the other victims of the, at first, she is shocked by the discovery. But when the Stranger provides her legit proof, she is forced to believe it.

Some of the officials of Corinne’s school visit Adam and tell him that some money has been stolen from the school’s club account. And for obvious reasons, since his missing wife was the treasurer of the club, they firmly suspect her to be the thief as she fled away right before this discovery. In the meantime, after the events of the previous episode, Mike is prosecuted by the detectives after he is found with a bag of blood right outside the woods. After being heavily confronted, he finally breaks and reveals it to the detectives that he scored some hash at the party in the woods. He also tells them that Dante is actually despised by most people of his school as he keeps pointing out his camera on everyone’s face.

Following this, the detectives reach Dante’s home to further investigate his involvement in the case. As they go through all the videos on his computer, they find many videos of Corinne on it. Meanwhile, at the school, Daisy starts to feel guilty and sacred after Mike’s prosecution and confesses it to Thomas that she had spiked Mike’s drink at the party.

Adam ends up following Suzzane and is finally able to get a word out of her about her relationship with his wife. Suzzane tells her all about the time when Corrine first met her and even supported her through some of her harshest times. Strangely enough, Suzzane also mentions that a stranger had once approached her and had threatened her to pay five grand to her fake-pregnancy secret safe. With this, Adam connects the dots and figures that maybe, just maybe, she was approached by the same stranger. But before he is able to get more out of her, she leaves.

Adam later tries to track down the Stranger’s car by tracing her car number. It leads him to Michela, the woman from the opening scene of the episode, who was another “victim” of the Stranger. But to his surprise, it turns out that the Stranger did not demand any money from her and instead, tried to desperately help out. Adam later recalls that just before she left him, she was frantically talking to someone on her phone. When he finally looks at her call history, he comes to the shocking discovery that she was talking to Tipp, their neighbor. In the final moments of the episode, Johanna finds her best friend, Heidi, lying dead, meanwhile, the stranger targets a whole new person.

The initial episodes of ‘The Stranger’ were all about the destroyed matrimonial bliss of Adam and Corinne, and its mysteries were far too one-dimensional. It did keep you guessing on why Corine faked her pregnancy and what exactly is the Stranger trying to achieve out of all this, but it simply lacked the gravity that a viewer would expect from an internal conflict.  However, with the third episode, ‘The Stranger’ takes way too many turns, creates unusual links between the most inconsequential events, and makes you wonder what all of it is leading up to.

The premise, to be honest, is starting to become more and more far-fetched as the show is making progress but it still makes you wonder what you would do if you were in a similar situation. For instance, episode 3 makes a stark contrast between the perspective of two of its characters. On one hand, Adam feels absolutely betrayed and shattered after discovering that his wife was lying to him all this while, while on the other, Heidi feels good about the fact that her lover is actually so obsessed with her, that he is willing to do anything to be with her. It’s moments like these that make you look back on your life as a viewer with different eyes and a whole new outlook.

‘The Stranger’ began with a promising premise where you could not help but wonder how someone can be privy to another person’s long-forgotten secrets. But now, from the stone that was initially thrown in its first episode, concentric circles are starting to lead up to a grand scheme of things where, hopefully, everything will make sense.