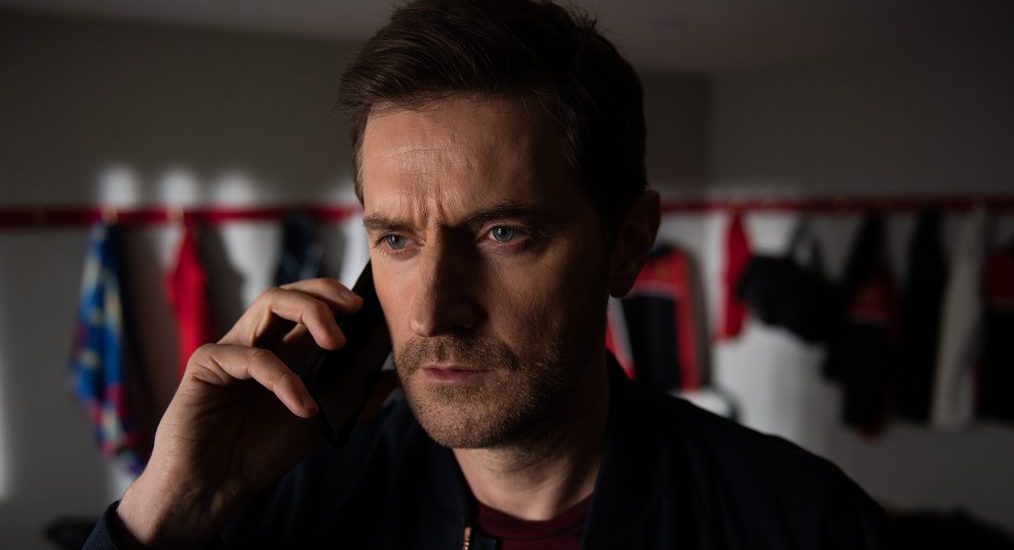 The fourth installment of ‘The Stranger’ becomes a game of cat and mouse where pretty much everyone is looking for someone. Adam and his sons are looking for Corinne, Johanna is looking for Heidi’s murderer and all of these roads are somehow leading up to the Stranger. By now, the way in which all the parallel narratives of the show are starting to form links with one another, it has become pretty obvious that the Stranger has something huge planned and her sinister revelations of these secrets are not merely a mundane way of serving justice.

At this point, determining who’s lying, telling the truth, or simply being deceptive is turning out to be far more challenging than I had initially expected as a viewer and as silly as its core idea may seem at times, ‘The Stranger’ is surprisingly packed with many unforeseeable twists and turns.

Episode 4 picks up right where the previous one left and in its opening scene, it features the Stranger’s next victim—Mr. Price, who also happens to be Adam’s father. The Stranger tries to confront him and tells him that he has a child from all of his past scandalous relationships. But this does not convince him at all and he demands proof of her claims. Strangely, this time around, the Stranger seems to lack any form of concrete evidence, so she just flees from the scene.

Johanna is left traumatized after her friend’s death, but little does she know that John Katz is actually the man who murdered her friend. Looking at her condition, Joe’s husband asks her to take some time off from work just to grieve her friend’s death, but she disagrees and seems to be more determined than ever to solve the case. Much later in the episode, Joe also meets Kimberly, who tells her that her mother was being blackmailed by someone right before she died. She asks her to check all of her financials from the past few days.

One Adam’s side of the story, his elder son is able to trace down Corinne’s location through the tracker on his phone.  They together set out to find her and eventually reach a bridge where they find her phone just lying on the ground. They fear that she might have jumped off the bridge and taken her own life, but they try to dismiss the possibility and move on ahead with their life. When Adam starts to scroll through the contacts of his wife’s abandoned phone, he discovers a contact that goes by the name “That Bitch!”. When he dials the same number on his own phone, he discovers that it’s Sally’s number.

He arranges a meeting with Sally, who is apparently one of his clients he had an affair with. Sally reveals it to him that his wife had somehow figured out about their relationship. Things start making sense now and Adam realizes that she probably faked her pregnancy after realizing that he was having an affair with someone else. In the meantime, Adam’s father starts to “reflect” on his past decisions after being confronted by the Stranger and even tries to warm up to his son.

Joe’s partner makes a startling discovery at Heidi’s murder scene and instantly informs it to Joe. In the final moments of the episode, the two detectives reach out to Adam and tell him that they want to meet his wife. When he questions them about it, Joe reveals it to him that his wife’s fingerprints have been found at the crime scene.

Secrets… well, we all have them. But we simply store them away in dusty locked boxes, hoping that they’ll never reach the prying eyes of others. Corinne did the same and so did Price, but little did they know that years later, someone would dig up their pasts and completely ruin their world.

But instead of bringing new victims of the Stranger into the picture, episode 4 sheds on light on how Adam, too, has some secrets of his own. The revelation of his secret turns out to be more of a consequence of Corinne’s disappearance and sends him soaring back to the time when she had told him “We all have secrets, Adam. Even you.” With this, the show lays to rest one of its salient mysteries—”Why did Corinne fake her pregnancy?” And instead of antagonizing her, it is revealed that she was more or less of a victim of Adam’s acts of adultery.

‘The Stranger’ is now starting to involve surprising and risky layers to its narrative by drawing connections between all of its loosely woven plot points. The premise is clearly atypical and is a refreshing departure the run-of-the-mill mystery, but again, the unknown intentions or the actions of the Stranger still don’t ring true and I could never really imagine something like this happening in real life.

For the most part, despite all the revelations that it makes in the fourth episode, the pace gives you enough time to breathe. In a given moment, it just shares enough with you and as soon as you wrap your head around what’s going on, there’s yet another twist right around the corner. I won’t really be singing too many praises for it just yet, but I really hope that all of it will be tied up with a pretty bow in the end.

Is Hannah Berner From Summer House Dating? Who is Her Boyfriend?

Where Was Ghost Rider Filmed?

Where Was Ghosts Of Girlfriends Past Filmed?