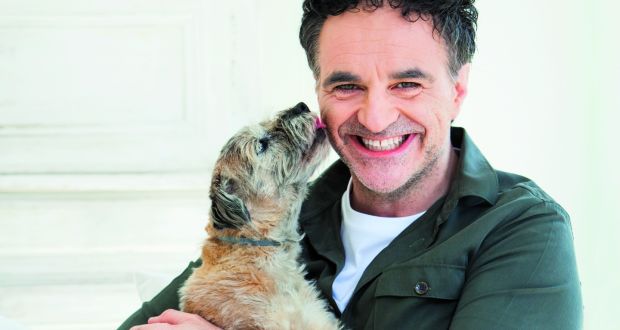 ‘The Supervet’ is a reality series that first premiered on May 7, 2014, on Channel 4. The show is directed by different directors like James Incledon, Chris Rowe, and Phil Broadhurst. The show features the work of the renowned vet Noel Fitzpatrick and his team at Fitzpatrick Referrals in Eashing, Surrey.

There have been many shows in the past and present based on medical dramas. ‘Grey’s Anatomy‘, that features the lives of medical interns and their supervisors, is one of the most popular shows on the ABC Network even after 15 years.

While shows like ‘The Good Doctor‘ and ‘New Amsterdam‘ have joined the list recently, there are plenty of series in the market that feature a really dramatized version of medical science. Well, we are not complaining because such shows have gathered a separate fan base over the decade. Almost everyone wants to see medical miracles, unusual cases and doctors’ dramatic personal lives that go beyond their profession.

Though these dramas have been quite successful in the past, there have been a very limited number of shows based on the work of veterinarians. Even most medical documentary series forget to cover the medical conditions of animals quite conveniently. That is why viewers need more shows like ‘The Supervet’ that follows our furry friends and their well-being.

The fact that ‘The Supervet’ is well-liked is evident from its 14-season run, but now, fans are asking whether there will be a Season 15. We are here to delve into that after sharing the show’s details briefly.

The Supervet Cast: Who’s in it?

Noel Fitzpatrick, an Irish veterinarian surgeon is the face of the show. Noel has been recognized by the Guinness World Records for being the first veterinary surgeon to perform an amputation prosthesis to a cat who had lost both his hind feet in a tragic accident. Apart from owning several clinics in Surrey, he has also been awarded a Blaine Award by British Small Animal Veterinary Association for his contributions, and for creating more than 30 techniques in the veterinary surgery of small animals.

Noel has also appeared in shows like ‘Heartbeat’, ‘Casualty’, ‘London’s Burning’, ‘The Bill’, and ‘The One Show’. Interestingly, there has been a hushed rumor that the Britney Spears single, ‘Toxic’, was actually written for Noel.

Sally Phillips, a renowned English actress, and comedian, best known for her performances in ‘I’m Alan Patridge’, ‘Miranda’, and ‘Parents’, was the former narrator of the show. She was later replaced by Rebecca Louise Front. Rebecca is another English actress and comedian, known for her performances in ‘The Thick of It’ and ‘On The Hour’. Cherie Lunghi, a renowned British theater artist is the current narrator of the show.

The Supervet Plot: What is it about?

The season starts with the familiar face of Oscar. Oscar is an all-black cat who had lost both his hind legs and became the first cat to get prosthetic feet. The surgery was performed by none other than Noel himself. Oscar travels from Jersey as he needs some new footwear. The episodes follow some really heart-breaking cases of some of the cutest pets. While some pets need spinal surgeries, some are seen suffering from incurable bone tumors.

The following seasons follow some similar cases that do not just put Fitzpatrick and his team at difficult spots, but also force the pet owners to take some really sentimental decisions such as euthanasia. Over the years, the series also features many Christmas specials, where Noel visits fancy pet shows and meets pets from different communities.

Just like all the other seasons, the last season also features some advanced surgeries on pets, who have met with brutal accidents or are suffering from imbalanced growth.

The Supervet Season 15 Release Date: When will it premiere?

‘The Supervet’ Season 14 premiered on June 19, 2019, on Channel 4.The season comprised of 5 episodes and the last episode released on July 17, 2019. The show is very refreshing in its format because not only it features the work of a vet – a plot not really explored fully on television – but also stars one of the most renowned veterinary surgeons in the world.

The show has been very well received by the audience because the adorable dogs, cats, rabbits and all other pets are to die for. Apart from this, the show also features some really difficult cases around the country. If you are an animal lover, the show is a must-watch for you. And if you are not an animal lover, we request you to watch the series and turn into one. Though there can be some episodes that truly break your heart, overall the show is a great watch.

There has been no official announcement for the release of Season 15 yet, but if we have to guess, we believe that ‘The Supervet’ Season 15 will release sometime in May 2020.

You can watch the trailer below to get a better idea of the show.