Where to Stream The Thinning? 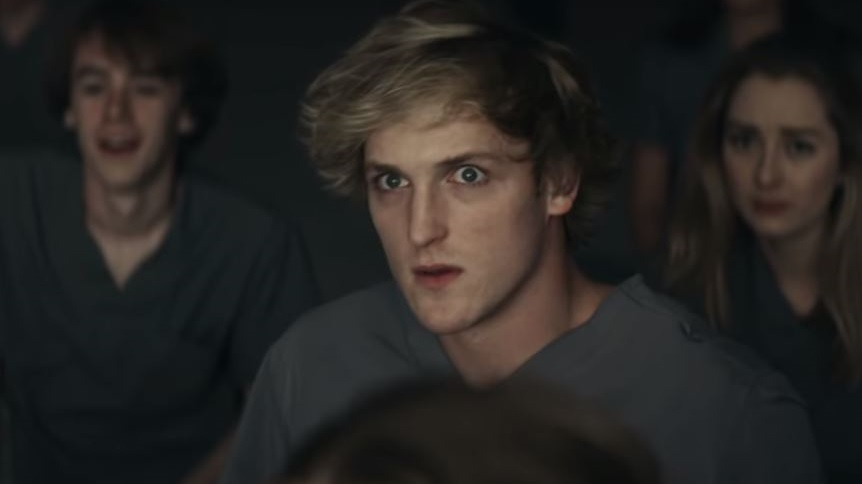 Dystopian science fiction can really send chills down our spines as we witness the horrors that society is capable of. An excellent example of this would be ‘The Thinning’. It is a social science fiction thriller that is set in the future where population control is determined by an aptitude test that is enforced at the school level. Those who fail the test are executed. In such a scenario, two students are horrified to discover that their tests have been rigged.

Meritocracy is already a pressing concern in our world and is a marker for the socioeconomic progress we make in our lifetimes. Thus, ‘The Thinning’ does not stretch the imagination too much in suggesting that the same benchmarks would have more fatal consequences in a dystopian setting. Upon release, the movie definitely gathered a strong fan following. So now you must be wondering where you can see ‘The Thinning’. We are here to tell you that, but first, let us walk you through the plot of the movie.

What is The Thinning About?

‘The Thinning’ is set in the year 2039 when the earth is facing a severe shortage of land to live on, due to overpopulation and global warming. As a result, the United Nations passes a decision that each country must reduce its population by 5% each year. While most countries opt to kill off their elderly and enforce a one-child policy, the United States of America introduces a test called 10-241 or the ‘Thinning’. It is a standardized test taken from grades one through twelve. Those who pass the test move on to the next grade, while those who fail are executed.

The story plays out in Austin, Texas, where we see Laina Michaels helping Simon to study for the ‘Thinning’. However, he is unable to understand the content and Laina unwillingly tells him about a contact lens that will solve the questions on the test for him. She uses the money to pay for her sick mother’s treatments. However, Simon loses the lens before the exam and fails it, thus being executed. We are then introduced to Blake Redding, the son of the governor. He lives a good life and is dating a girl named Ellie. While the two sneak off, out of school, they are discovered by agents working for Blake’s father. Blake is lectured and when they sit for the ‘Thinning’, Ellie fails her exam. Blake tries to free her but to no avail, as she is ultimately executed.

One year later, we see that Laina’s mother has passed away, as she helps Corrine, her sister, study for the exam. Blake tries to punish his father for Ellie’s death by purposely failing the test; so his father is forced to stop the ‘Thinning’. However, the wily governor puts a plan in place for Blake to pass. The teacher switches out Blake and Laina’s scores so that she fails. She is taken away for the ‘Thinning’ along with a girl who had sex with a teacher to pass the test but was purposely failed to hide the teacher’s actions.

The students who pass go to the Recreation room to celebrate, while those that are to be ‘Thinned’ are taken away. When Laina’s teacher sees her being taken to the execution, she stops the guard, convinced that the girl is too smart to fail the test. When her intervention does not help, she hands Laina a key card to escape the ‘Thinning’. She also witnesses Mr. Glass, the teacher, luring another girl to have sex with him. Meanwhile, Blake causes a power outage in the school, which allows Laina to escape. While the school is under lockdown, the events are thoroughly investigated. Laina’s teacher gets Mr. Glass’ key card so as to get out of the situation safely, while the latter is beaten up since others suspect him of having let Laina go.

Laina takes the opportunity to team up with Blake. While Blake goes to the Thinning, Laina stays back to compare the scores. She sees that the test is rigged and has resulted in many wrongful deaths, including Ellie’s. Laina is recaptured and she sees that Blake did not manage to free the students either. When the results of the test are leaked, the governor is forced to order the execution of the students who failed, while freeing the ones who passed. Laina is later reunited with her sister and her teacher, while Blake finds himself working for the company that makes the tablets for the test. It is revealed that the drug puts them to sleep instead of killing them and they are taken deep underground. Blake is then reunited with Ellie.

Is The Thinning on Netflix?

Netflix has an amazing collection of movies and television shows which sets it apart as a premier content provider. While ‘The Thinning’ is not on the platform, you can check out another meritocracy based dystopian series titled ‘3%‘. The story is set in a dystopian future where you have one shot to be a part of a paradise, based on your skills.

Is The Thinning on Hulu?

Hulu has a fantastic collection of movies and television shows that the platform keeps making smart additions to, in order to stay ahead of the competition. While ‘The Thinning’ is not on the platform, you can check out ‘The Purge‘ series, which is one of the finest depictions of anarchic society set in a dystopian world.

Is The Thinning on Amazon Prime?

Amazon Prime has an enviable collection of movies and television shows that can perhaps only be bested by Netflix. ‘The Thinning’ is not available to Prime subscribers as is, but you can rent or buy the movie and watch it on the platform. The SD version costs $3.99 to rent and $7.99 to buy, while the HD version costs $4.99 to rent and $9.99 to buy. We recommend renting the HD version. Check it out here.

Where Can I Stream The Thinning Online?

If you don’t have subscriptions to the major platforms, don’t worry. Head over to YouTube, where you can purchase and watch ‘The Thinning’ at the same prices as it is available on Amazon Prime. As usual, we recommend renting the HD version.

Where Can I Watch The Thinning Online For Free?

Sorry to disappoint the freeloaders, but there is no legal way to watch ‘The Thinning’ online for free. Moreover, we would like to urge you to pay for all the art that you consume.