Will There be a The Toy Box Season 3 or is it Cancelled? 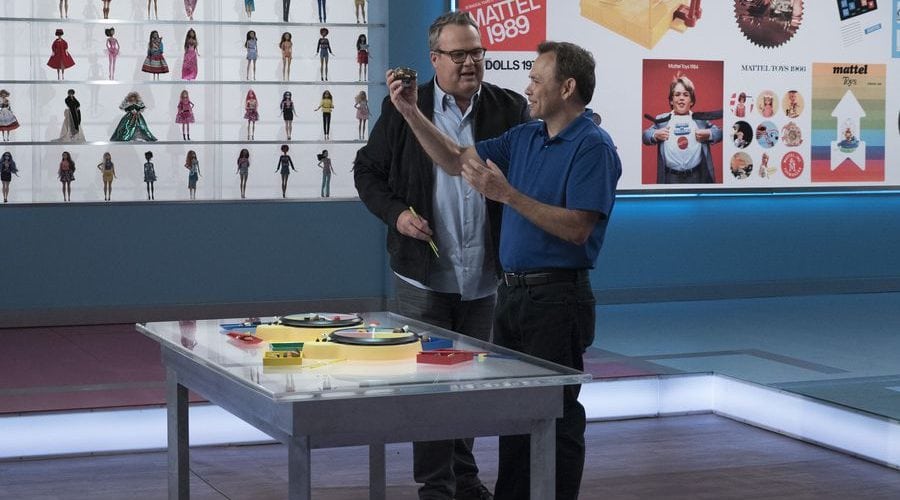 ‘The Toy Box’ is a reality television series that originally premiered on ABC on April 7, 2016. This American competition features a team of aspiring entrepreneurs as its contestants. The most fascinating thing about this show is that its judging panel consists of some of the cutest kids you ever saw on tv. The fate of the candidates entirely rests in the hands of these children.

Inventors have to present their toy inventions to a team of industry professionals and then later to a team of kids. The creations, which range from games, plushes to educational, creative and imagination-building toys, are then presented to the judges in the subsequent run.

The judging panel selects one toy from each round to bring it to the final stage. Among these shortlisted toys, the best model is declared as the winner and it gets manufactured and distributed by Mattel. As a result, the winning inventor receives all the marketing and shelf-position benefits because of being supported by a brand that is behind Barbie, American Girl, and Hot Wheels. It is later sold at the Toys “R” Us stores. He/she also gets a chance to sell his/her toys globally via a website called Toysrus.com. Additionally, he/she receives a cash prize of 100,000 dollars.

‘The Toy Box’ is produced by Hudsun Media and is internationally distributed by Mattel Creations, the content arm of toy conglomerate Mattel, Inc. Electus. As per a statement by Hudsun Media CEO Michael Rourke before the launch of the show, “For the first time, viewers will get a behind-the-scenes glimpse into the world of toy making, as they see what it takes to design the next great American toy.” ‘The Toy Box’ is Mattel Creations’ first major foray into television. However, the brand had previously partnered with Warner Bros. and DC Entertainment to create a Batman-themed virtual reality experience, exclusively curated for Mattel’s View-Master VR headset.

The second season of this series was renewed by ABC and it premiered in October 2017. It gained an average 0.42 rating in the 18-49 demographic. Moreover, it garnered a viewership of 2.31 million. These figures, as compared to the first season, were down by 33% and 20% respectively. So, with dwindling numbers and after winding up with the last installment, here is the question: Will there be a ‘The Toy Box’ season 3 on ABC? Well, read on to find out.

‘The Toy Box’ season 2 premiered on ABC on October 1, 2017. Just like its predecessor, it aired for eight episodes and concluded on November 19, 2017.

After the release of its second season, there was quite a bit of uncertainty considering the renewal of the show as it was announced that Toys “R” Us would be closing off all its UK and US operations. However, the final decision arrived when we received an official bit of news that ‘The Toy Box’ is actually being canceled. Although there was no official announcement, ‘The Toy Box’ season 3 stands cancelled.

The Toy Box Cast: Who Is In It?

‘The Toy Box’ is presented by Eric Stonestreet (‘Modern Family‘). Accompanying him is a team of contestants, who come from all over the world to present their toy concepts to a panel of professionals and a team of mentors. In season 1, Dylan Lauren, Jen Tan, and Jim Silver are credited as the mentors who judge the toys and pass them to the next round where the children judges review the specimens. In season 2, this process is carried out off-screen with a panel of professional judges whose names are not disclosed on tv.

Among the kid judges, we meet Sophia Grace Brownlee, Aalyrah Caldwell, Toby Grey, and Noah Ritter — who play with numerous toys and later vote on which one is the best. In ‘The Toy Box’ season 2, there are ten child judges, up to the age of 13. Apart from the youngsters we see in season 1, the second season features Paxton Booth, Madison Stevens, Adi Ash, Gideon Reynolds, Olivia Trujillo, Emma Sobel, and Sydney Mae Estrella. Each episode has five child judges, and they need to evaluate the toys after the professional mentors review them.

You can watch the official trailer for ‘The Toy Box’ season 2 below. You can also head to ABC if you wish to catch up on all the previous episodes from the show.