Is The Trial of Chicago 7’s Abbie Hoffman Based on a Real Person? How Did He Die? 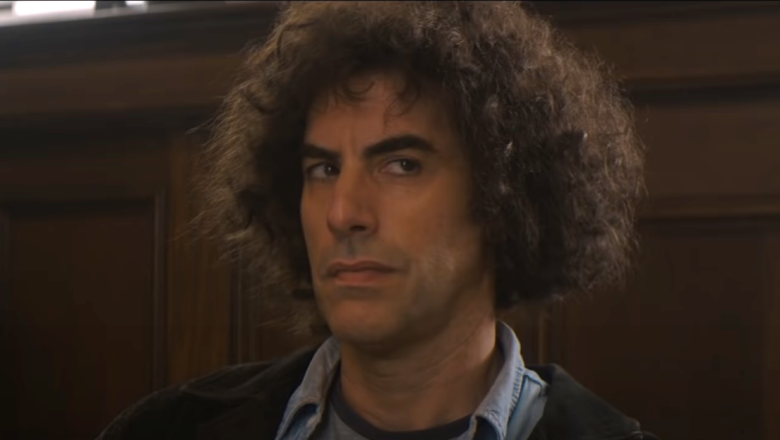 ‘The Trial of Chicago 7’ is a movie that explores how a riot breaks out between the police and demonstrators who are protesting America’s involvement in the Vietnam War and their government’s policies on it. What follows is the initial trial of the eight men who are the first to be tried under America’s anti-riot law. Written and directed by Aaron Sorkin, it stars Sacha Baron Cohen as one of those real-life activists – Abbie Hoffman. If you wish to learn more about him, then we have got you covered!

Is The Trial of Chicago 7’s Abbie Hoffman Based on a Real Person?

Yes, Abbie Hoffman was a real person who was put on trial with his comrades on charges of crossing state lines in order to incite a riot in 1968. He was, and still is, one of the most recognizable faces of the countercultural movement that swept America in the “good old days.” After growing up in Massachusetts in the 40s, Abbie first went to Brandeis University and graduated with a BA in psychology. He then pursued a Master’s degree in the same field from the University of California, Berkeley.

It was Abbie’s education that revolutionized how he saw politics. He co-founded the Youth International Party, whose followers were known as “Yippies.” Furthermore, he was the face of the Flower Power movement as well. Although he was a prominent activist, what really put him in the spotlight was the trial of the Chicago 7. When protests occurred near the National Democratic Convention in 1968 and riots broke out, eight men were tried under the country’s anti-riot law. Abbie was one of them.

The presiding Judge Julius Hoffman was known to side with the prosecutors, and many sources have noted that his behavior towards the defense was prejudicial. Since they shared their last names, Abbie would joke that the judge was his estranged father who had abandoned him. Furthermore, Jerry Rubin and Abbie Hoffman once walked into court wearing judicial robes. When asked by the judge to take them off, they complied, only to reveal the uniform of Chicago PD underneath.

Such antics were quite common in the courtroom, especially since the defendants had been emboldened by their lawyers. Plus, Judge Hoffman was often targeted by the eight due to his antipathetic behavior.
In the end, Abbie and four others were convicted of crossing state lines to incite riots. However, all members were acquitted on the charges of conspiracy. For this, the five men were sentenced to 5 years in prison along with a fine of $5,000. The United States Court of Appeals for the Seventh Circuit, however, reversed this ruling. Although the defendants were to be retried, a trial never actually took place.

By his own admission, Hoffman had been arrested more than 40 times throughout his life. On August 28, 1973, he was again arrested on charges of intent to sell and distribute cocaine. However, the activist stated that it was undercover police agents who had actually framed him. The next year, he even underwent plastic surgery and assumed the name, Barry Freed. Around this time in his life, he also became an environmentalist activist. In September of 1980, he surrendered to authorities and was given a sentence of a year. But he was released early, only after serving four months.

Abbie Hoffman was married thrice. The first marriage was in 1960 with Sheila Karklin, with whom he had a son and a daughter. Then, he tied the knot with Anita Kushner in 1967, and the couple had one son. Lastly, he was in a common-law marriage with Johanna Lawrenson at the time of his demise. The man left a lasting impression in American activism, and interestingly, the FBI file on him was 13,262 pages long!

How Did Abbie Hoffman Die?

The left-wing activist was a victim of bipolar disorder, and died on April 12, 1989, when he was just 52-years-old. He had swallowed 150 phenobarbital tablets along with liquor. Michael Waldron, his landlord, said, “I went to his front door. I banged on the door, and then on the windows. I went around the back and looked in a window, and I was able to see him lying on the bed. I kept banging and he wasn’t responding, and I figured that something must be wrong, that he was having problems. I went back to my house and got my key and opened the door, and I found him, dead in bed, looking peaceful and comfortable.”

Today, the massive collection of papers that Abbie Hoffman wrote have been archived at the University of Texas at Austin. The Executive Director of the Dolph Briscoe Center, Don Carleton, said, “Abbie Hoffman has not gotten his proper due historically. He really was a pathbreaking guy in terms of the street theater approach to gain attention for the causes he advocated, particularly the anti-Vietnam War movement.”