Where Was The Trial of Chicago 7 Filmed? 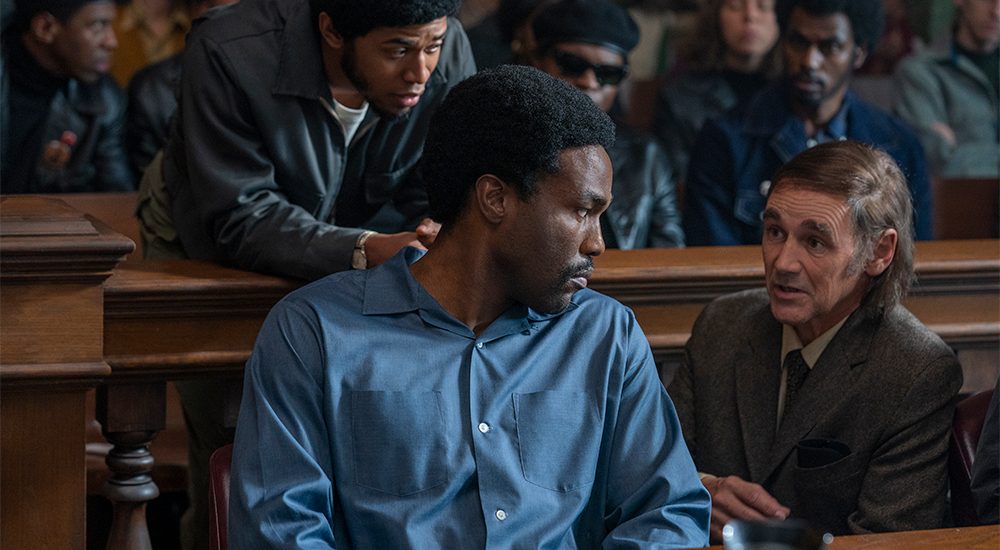 Aaron Sorkin has written and directed ‘The Trial of Chicago 7,’ a movie set against the backdrop of the Vietnam War, the Civil Rights Movement, and the counterculture protests. It revisits the few men that were the first to be prosecuted under America’s anti-riot law. Encapsulating the general vibe of the 60s as a decade is a challenging feat, but Sorkin represents the political and social unrest quite well. If you’re interested in where the movie was shot, then you’re at the right place!

The Trial of Chicago 7 Filming Locations

To make such a gripping narrative come to life, the filmmakers used Chicago, New Jersey, New York, and Toronto as filming locations. The budget for the period piece was relatively lesser than other productions in the genre. Furthermore, Sorkin also revealed that before him, Paul Greengrass and Ben Stiller were set to helm the movie. The principal photography was to start in September 2019, but it was delayed by a month.

The bulk of the movie was shot in Toronto. Firstly, the city is used widely within the industry to replicate many American landscapes. In this case, many of the scenes that were based in Chicago were actually filmed in Toronto. Secondly, the government offers some rather lucrative tax incentives for the entertainment industry. Given the production’s small budget, the Canadian city would only help the filmmakers enliven their vision.

btw: Aaron Sorkin's "The Trial of the Chicago 7" premieres on Netflix next month. Mostly shot in Toronto but they came to Chicago to recreate the 1968 riot scenes in Grant Park.

Haskell Wexler wasn't recreating anything when he made "Medium Cool." But the film itself is fiction. pic.twitter.com/51R1BZunS9

Since the movie is based in the Windy City, it only made sense for the cast and crew to head there. Grant Park was used for filming the major riot scenes. The production had set up camp nearby at 30 West Polk Street. The Chicago Tribune reported that the production headed to the city after wrapping up the filming in Toronto. The shoot took place from October 17, 2019, to October 23, 2019. Furthermore, the producers had also requested for portions of Michigan Avenue to be closed so they could film.

Filming the movie, The Trial of the Chicago 7 pic.twitter.com/bSXNyodbZg

Morris County was extensively used for filming ‘The Trials of Chicago 7.’ Two colleges, in particular, made the cut. Fairleigh Dickinson University and their Florham campus in Madison were used for filming several scenes. The second is the College of Saint Elizabeth, located in Morristown. A lecture hall called Hyland Hall, inside Henderson Hall, features in the movie. Apart from this, a building with offices and classes called Santa Maria also appears in the list of filming venues.

Don’t worry—#santacon is over here in #hoboken.

These guys are here filming the new Aaron Sorkin film, The Trial Of The Chicago 7—scheduled to wrap production in Hoboken early Tuesday morning.

The college’s Director of Conference and Event Services, Patricia Devlin, stated, “The fact that they chose CSE and New Jersey speaks highly of the College and the state as a great shooting location for world-class productions such as this.” But these were not the only venues. Many social media posts can attest to the fact that a few riot scenes were also captured in Hoboken in December 2019.

Reportedly, Eddie Redmayne was living in the city until the shoot wrapped up in the Big Apple and the neighboring state of New Jersey. Owing to another post on Instagram, it is safe to conclude that many of the scenes that involved college students were filmed in and around the area.

It’s not a very good picture, we were rushing, but this pic speaks volumes. Today my son will step foot onto his first professional movie 🎥 set! He’s playing a college student in the film, The Trial of Chicago 7. It’s only background work, no lines, and really not a big deal, but to this Momma, it is! He’s on his own today, working as a professional in the field he hopes to make his career. I won’t be by his side today, helping him navigate this new terrain. It’s all him! Lord, help him to pay attention, follow directions, do the best he possibly can, have fun, and make it home safe on the subway, on his own, while I’m at work. Thank you Jesus for this opportunity! I love you Sugar (Danny Lloyd), I’m so incredibly proud of you! Break a leg! @dannybravedragon #actor #acting #actorslife #thetrialofchicago7 #proudmomma #ibelieveinyou